It was the perfect finish to their campaign as the Junior Boks got their second win over the strong Argentineans, growing in stature as the game progressed after a somewhat slow start.

Andre-Hugo Venter (hooker) sealed the win for the South Africans with two maul tries in the final 15 minutes, which underlined their forward dominance as Los Pumitas failed to add any points in the final 40 minutes, with the Junior Boks’ defensive performance on par with that of their pack.

The first half was a proper ding-dong affair, with the SA U20s their own worst enemies by conceding a string of penalties that kept the South Americans in the game.

The Junior Boks scored two tries before the break, by Henco van Wyk (outside centre) and Bobby Alexander (scrumhalf), with Sacha Mngomezulu (flyhalf) adding a penalty goal, but the Argentineans kept the score-board ticking over through three penalty goals from Ramiro Waisberg’s educated boot.

Van Wyk’s try was just reward after the Junior Boks finally managed to surge into their opponents’ half, with the strong outside centre burrowing his way over the tryline in the 25th minute. 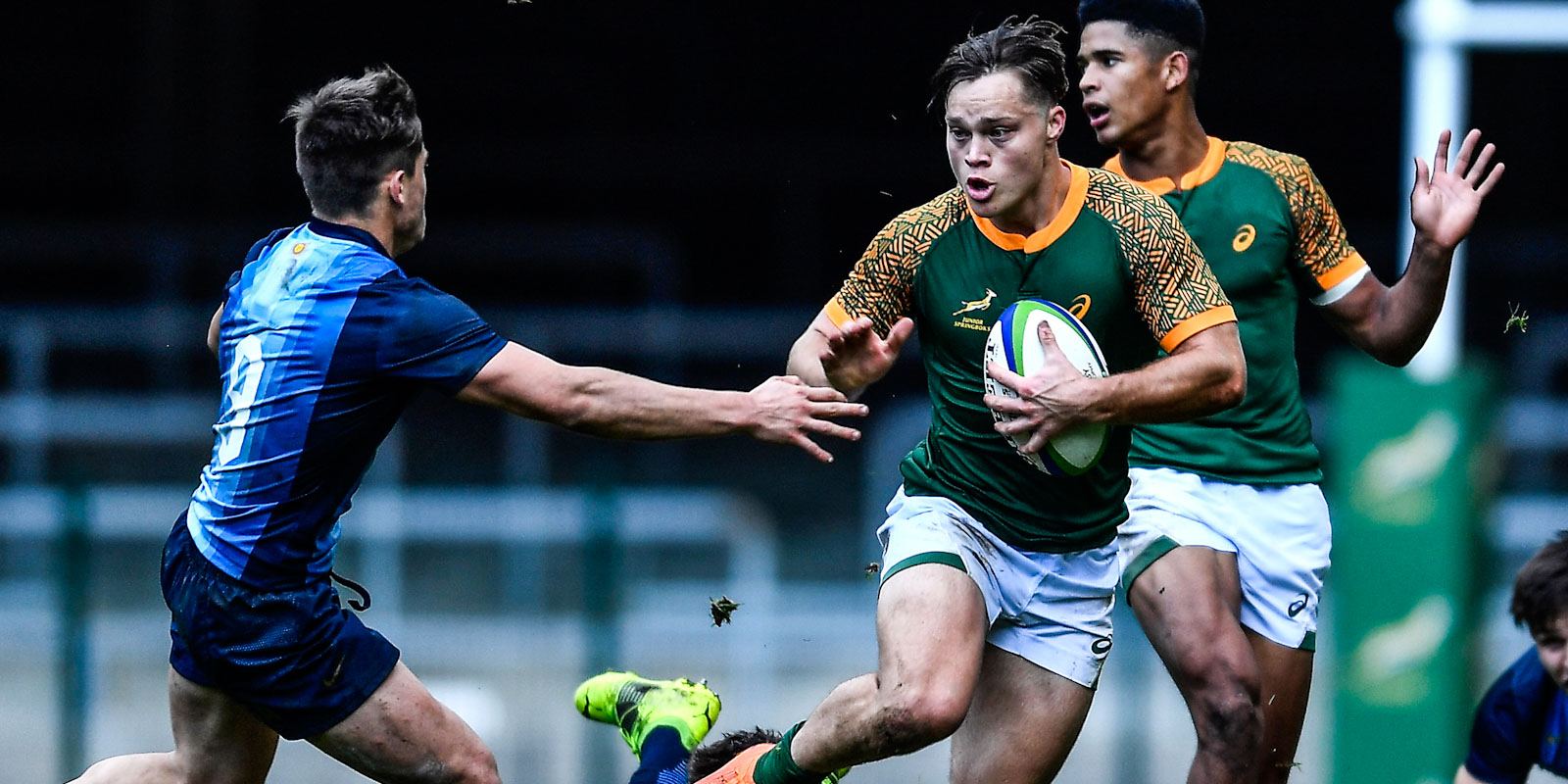 Quan Horn on the attack before the rain started falling at Newlands.

Twelve minutes later, after Waisberg had added his third three-pointer, Alexander put the Junior Boks back in the lead after following up a great kick ahead by Ethan James (left wing) to see the South Africans take a 13-9 lead after 40 minutes.

The Junior Boks struggled to get going in the second half, again mainly due to more ill-discipline, but as the rain returned to Newlands, so did their resolve and they stretched their lead to 20-9 after Venter’s first maul-try.

The big hooker, son of former Springbok flanker Andre Venter, did so again on the final whistle, with Mngomezulu converting both to help hand the South Africans a big win.

In the first game of the day, Georgia finally broke their duck as they beat Uruguay by 20-9 at Newlands, to finish their campaign on a winning note.

DHL Western Province will look to consolidate their spot at the top of the Carling Currie Cup Premier Division standings this week as the competition starts to pick up steam, and with no unbeaten teams remaining.