Nhleko said he felt immense pride in the progress the group had made at the end of a series in which they beat Uruguay, Georgia, and Argentina (twice).

The Series also concluded the international under-20 season for the players, who will return to their home unions for provincial duty, having first attended the SA Rugby Academy and then joined the Junior Springboks for this Series.

"There is immense gratitude and relief in our squad for these matches having taken place and we can never thank Georgia, Uruguay and Argentina enough for travelling here in these tough times,” said Nhleko.

“We were not sure whether the tournament was going to take place until quite recently so when it did, it pulled together an amazing effort from our squad, but also from all involved in arranging and executing this tour."

Nhleko said he was very proud of the progress the squad had showed over the period.

"Judging on our performance against Argentina today, we have really shown great improvement, especially considering that these boys have hardly played rugby in the last 18 months. 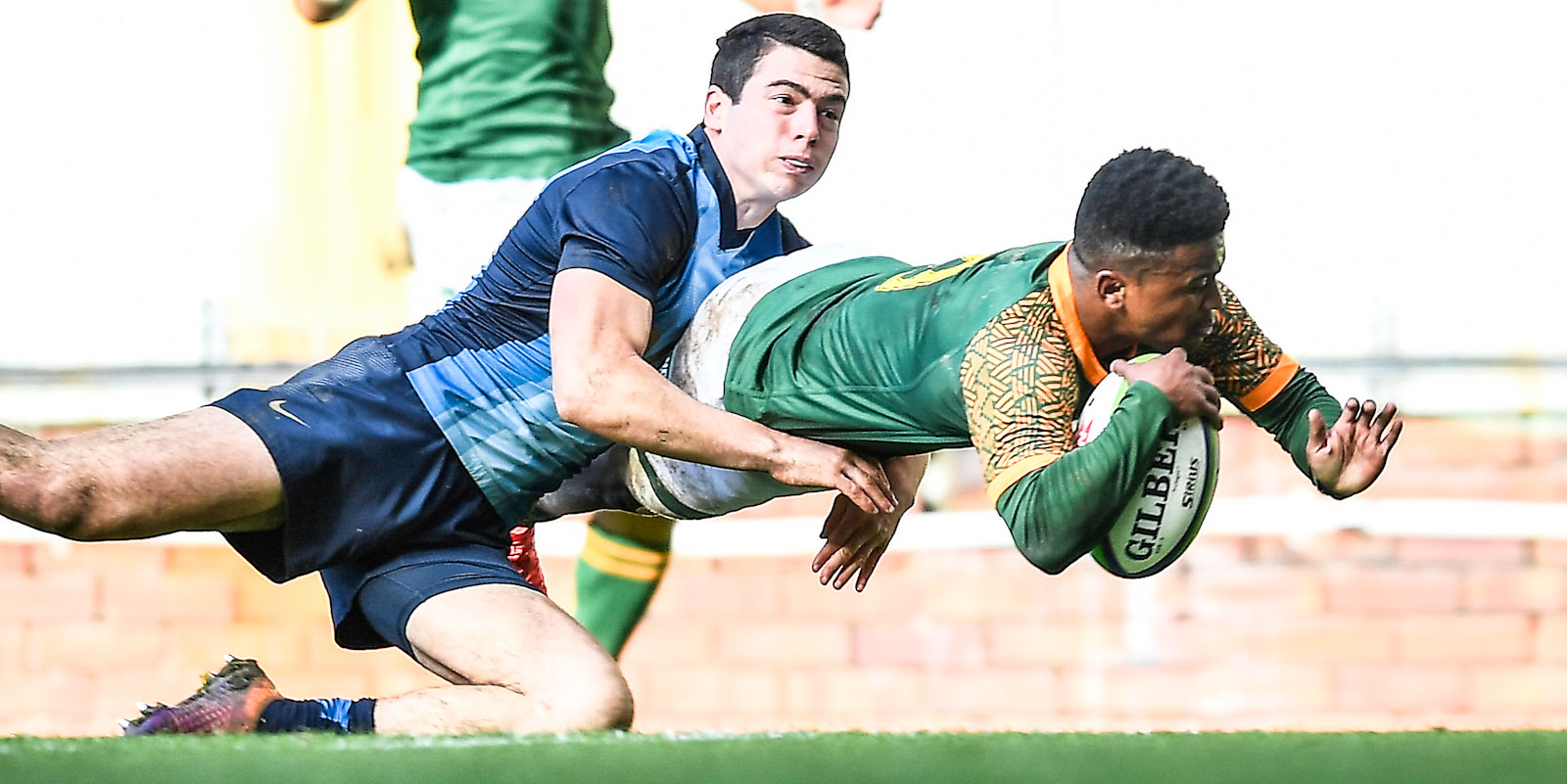 Bobby Alexander dots down against Argentina at Newlands.

“They learned from the last time out and we were much better in certain areas of the field. The drier field also allowed us to use our backs a bit more and we could outflank them in the later stages today.

“The big difference was that we failed to keep up the pressure in that first game, but today we were much better, although we still made a lot of mistakes in the first half. Out set piece also put them under pressure.”

Nhleko thanked his management and praised the maturity showed by the players.

"Everyone really contributed over this last three months, while the players showed great dedication to give up so much of their time,” he said.

“It is not easy to be so focused when you are a 20-year-old and have to spend time in a bubble, but the squad really stuck to their mission and job at hand.

“They had many early mornings, hard days on the field and long days without any idea of when they would play again, so this was a massive effort from them. For them to be standing here, taking in the moment of how far they have travelled and doing that at such an iconic venue is wonderful.”