The Bok coach complimented Georgia, who held a 9-5 lead after 30 minutes, before the Springboks finally found some cohesion and scored 35 unanswered points to start Nienaber’s tenure with a 40-9 win.

“I have to compliment Georgia – we knew of and expected their physicality, yet we had no real marker to know how well we would respond to that,” said Nienaber.

“They shocked us a bit in that opening half, but we now have a marker after this. We now know what to expect next week, which is something we did not have coming into this Test match.

“The way we first responded was poor, our discipline was not good and credit to Georgia for putting us under that type of pressure.”

Nienaber said it was a good way for his squad to be re-introduced back into international rugby in their first match since the Rugby World Cup final on 2 November 2019. 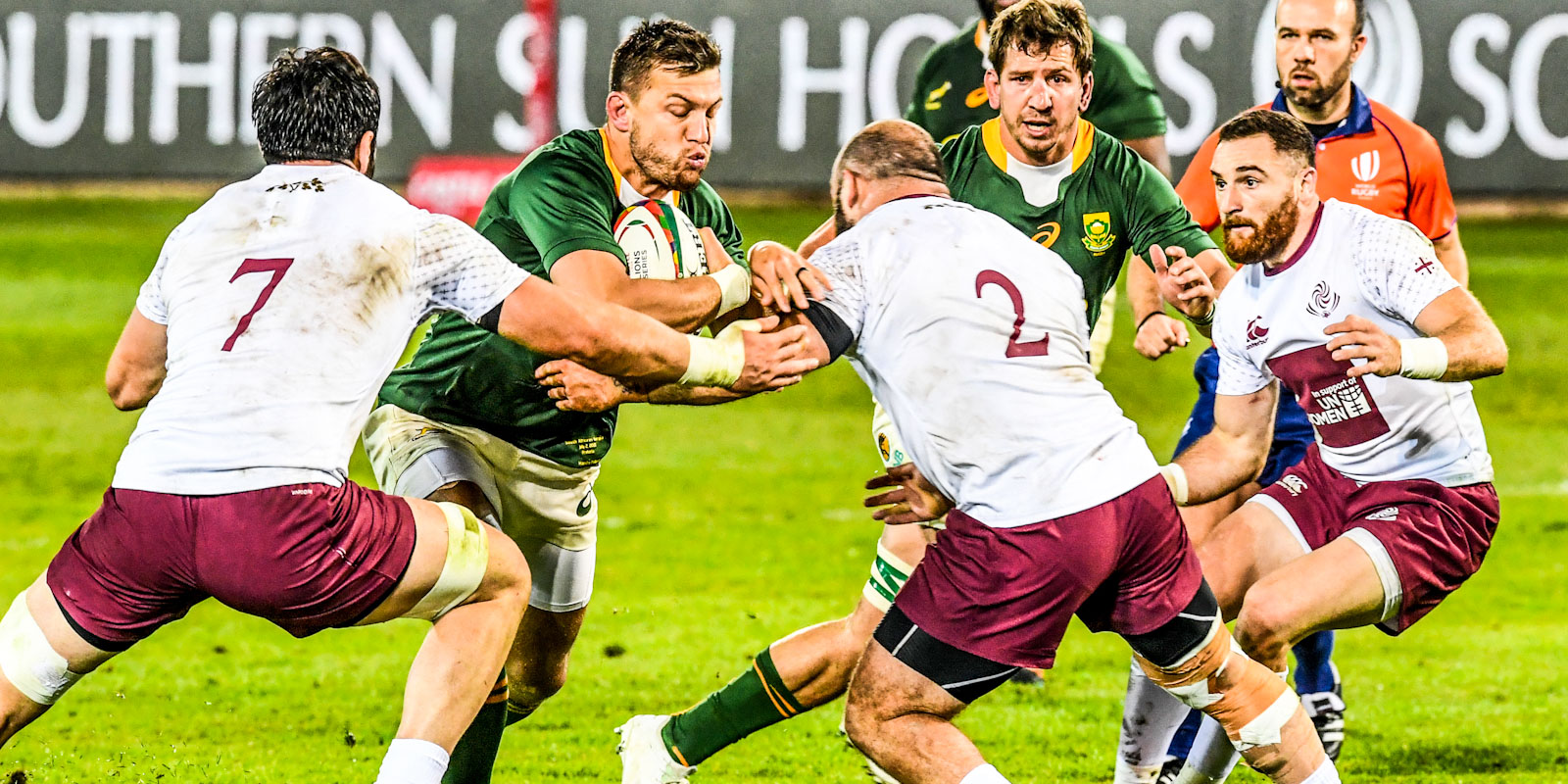 Handre Pollard on the attack.

“Yes, we wanted a tough start,” he said.

“This is what Test matches are all about, Georgia brought physicality and we wanted that. We improved in the second half and that was pleasing for me.”

Nienaber expected his squad to improve further after this match and said they have to make a step up next weekend in the second Test against Georgia.

“You can only practice against yourself so many times, but tonight the hits were real, and no one held back,” the Bok coach said.

“We needed that and had to adapt and the way we did was pleasing.

“Next week, we have to improve in every aspect, but the performance was probably expected after 20 months away from Test rugby. “We wanted to play with some cohesion, but Georgia played well that first half and we were under pressure, so we probably need to get better in everything.

“We anticipated a stop start beginning and what was pleasing was how we got cohesion in the second half. That was important.”

“We went out to win – it was a Test match and we needed to win,” said Kolisi.

“We started off badly and then we needed to adapt, but poor discipline held us back.

“We are not holding anything back in order to hide something from the British & Irish Lions. Georgia showed what they can bring, we had to respond, and it was a tough battle. We needed to respond to their challenge and not worry about the next team.”

Kolisi also feels an improved performance will be on the cards next week: “We need to start better next week, enforce our game plan on them earlier and not leave so many scoring opportunities out there.”