Built on the back of a devastating scrum performance, the men in red managed to weather the blue storm from the north, even though the visitors scored five tries to the hosts’ four on a perfect late autumn afternoon in Johannesburg.

The Vodacom Bulls were brilliant on the deck and forced many breakdown penalties, but they failed to convert all their opportunities into points, as the Emirates Lions managed to keep the visitors pinned in their own half at crucial stages of the game.

Both teams were intent on playing attacking rugby and the nine tries scored is testimony to that, but the Gauteng neighbours also defended very well throughout the match.

The visitors will argue they had a slight attacking advantage in the first half, as they scored three tries before the break, with Elrigh Louw (flanker), David Kriel (fullback) and Madosh Tambwe (right wing) crossing for tries, while the men from Joburg had only two five-pointers before the break, through Ruben Schoeman (lock) and Rabz Maxwane (right wing).

With the heavies having a full go at each other, Maxwane’s try was probably the highlight of the first half after he was put in space down the right, jinxed past Duane Vermeulen (No 8), chipped, chased and gathered to go over. 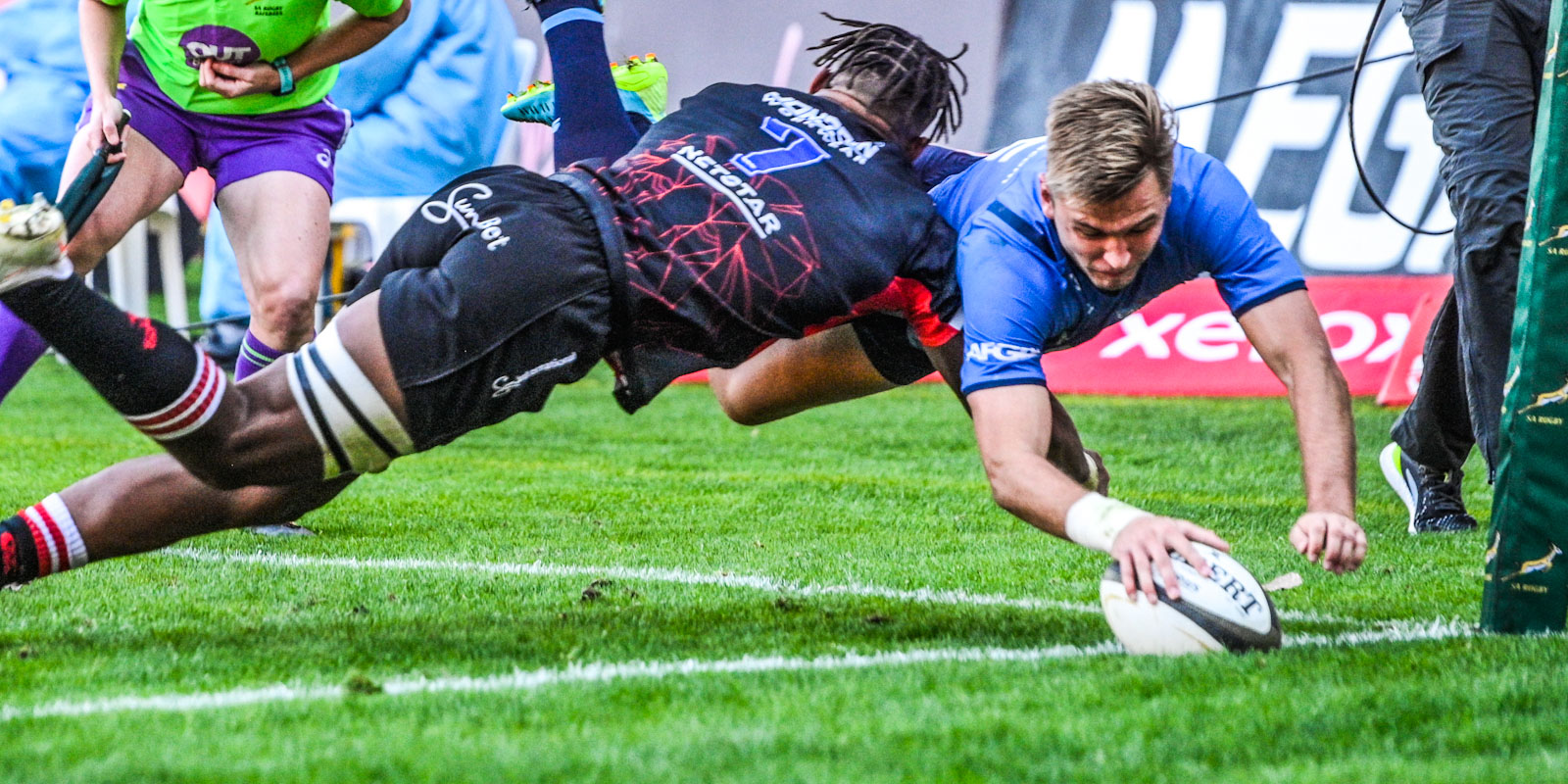 David Kriel goes over for his second try for the Vodacom Bulls.

The Emirates Lions’ young flyhalf Jordan Hendrikse slotted four from five, including a long-range penalty goal on the hooter, to hand his side a 20-19 lead at the break.

The Vodacom Bulls came out firing after the break, with Chris Smith (flyhalf) scoring their bonus point try before Kriel got his second with just under 30 minutes to go. Both tries were off the back of strong runs, by Zak Burger (scrumhalf) and Tambwe.

At that stage and leading 33-20, the Vodacom Bulls looked to be on their way to a comfortable win, but the Emirates Lions never gave up and kept hammering away, using their monster scrum to good effect to keep the pressure on their opponents.

When MJ Pelser (flanker) went over for his team’s third try with 20 minutes to go, it was game on, and the Emirates Lions were growing in stature.

Smith missed a penalty that would have put his team ahead by nine points instead of six, and that probably gave the Emirates Lions extra resolve to clinch their first win, and no-one worked harder than Vincent Tshituka (flanker), who was named Man of the Match afterwards.

The wall finally broke when Fred Zeilinga, who replaced Hendrikse, went over for the Emirates Lions’ fourth try and his conversion put the hosts one point ahead.

And then they managed to keep the Vodacom Bulls out in the final five minutes for a famous victory, which was also the men in blue’s first defeat of the PRO14 Rainbow Cup SA, with two rounds to go.

Smith back for Vodacom Bulls' trip across the Jukskei

Chris Smith returns to the starting line-up and will run out at flyhalf as the Vodacom Bulls prepare for their short trip to Johannesburg, where they will face the Emirates Lions in their fourth round PRO14 Rainbow Cup SA clash on Saturday.

Consistency and experience were key factors when Emirate Lions head coach Ivan van Rooyen named his team for their fourth round PRO14 Rainbow Cup SA clash this weekend, when they welcome the Vodacom Bulls to Emirates Airline Park on Saturday.

FNB Varsity Cup: Race to the semi-finals is on

The University of Cape Town kept their winning streak in the FNB Varsity Cup going with a close 42-36 win over North West University, while the University of the Western Cape blew the semi-final race wide open with a 60-19 thrashing of the Central University of Technology in round eight in Pretoria on Thursday.