Sean Everitt's men were well beaten by a rampant Vodacom Bulls side last weekend and they will be eager to bounce back to winning ways against their coastal rivals in this early afternoon fixture. Kick-off at Jonsson Kings Park is 13h00 and the action will be televised live on the SuperSport Rugby and Grandstand channels.

The DHL Stormers, meanwhile, arrive on the back of a dramatic late victory in their clash with the Emirates Lions last weekend, who were downed by a last-gasp penalty from Tim Swiel in a 10-try thriller in Johannesburg.

Towering lock Reniel Hugo scored a hat-trick of tries as the Durbanites recovered from a 23-7 deficit to snatch a win 33-30 when these sides met in Cape Town in the opening round.

The Cape side have been involved in another two tight affairs since then, losing 20-16 to Jake White's team before downing the Highvelders 39-37, but they have not won back-to-back away games since beating the Toyota Cheetahs and the Bulls in Vodacom Super Rugby in July 2017.

The head-to-head record between these sides is fairly even, with the coastal Sharks edging it with 18 victories from 32 fixtures, although the Capetonians are heading to a venue where the hosts have won their last eight matches.

Everitt has made a number of changes to his Cell C Sharks outfit for this fourth-round clash.

“The guys are proud, they have a lot of fight in them,” said Everitt.

“Despite last week’s loss, there is still a lot of rugby to be played, we have three games and it starts with our come-back this Saturday and we’re certainly not out of the race.”

Meanwhile, the DHL Stormers have been bolstered by the return of JD Schickerling and Marvin Orie (locks), Pieter-Steph du Toit (flanker) and Ruhan Nel (centre) for their visit to Durban.

DHL Stormers head coach John Dobson said that there has been an emphasis on executing the gameplan as accurately as possible this week.

“We want to make the best use of the opportunities that we create, which means that we must be focused and as accurate as possible in everything that we do,” reckons Dobson.

“All of the players coming in this week have played a role in this campaign already and we are looking forward to a cohesive team performance.” 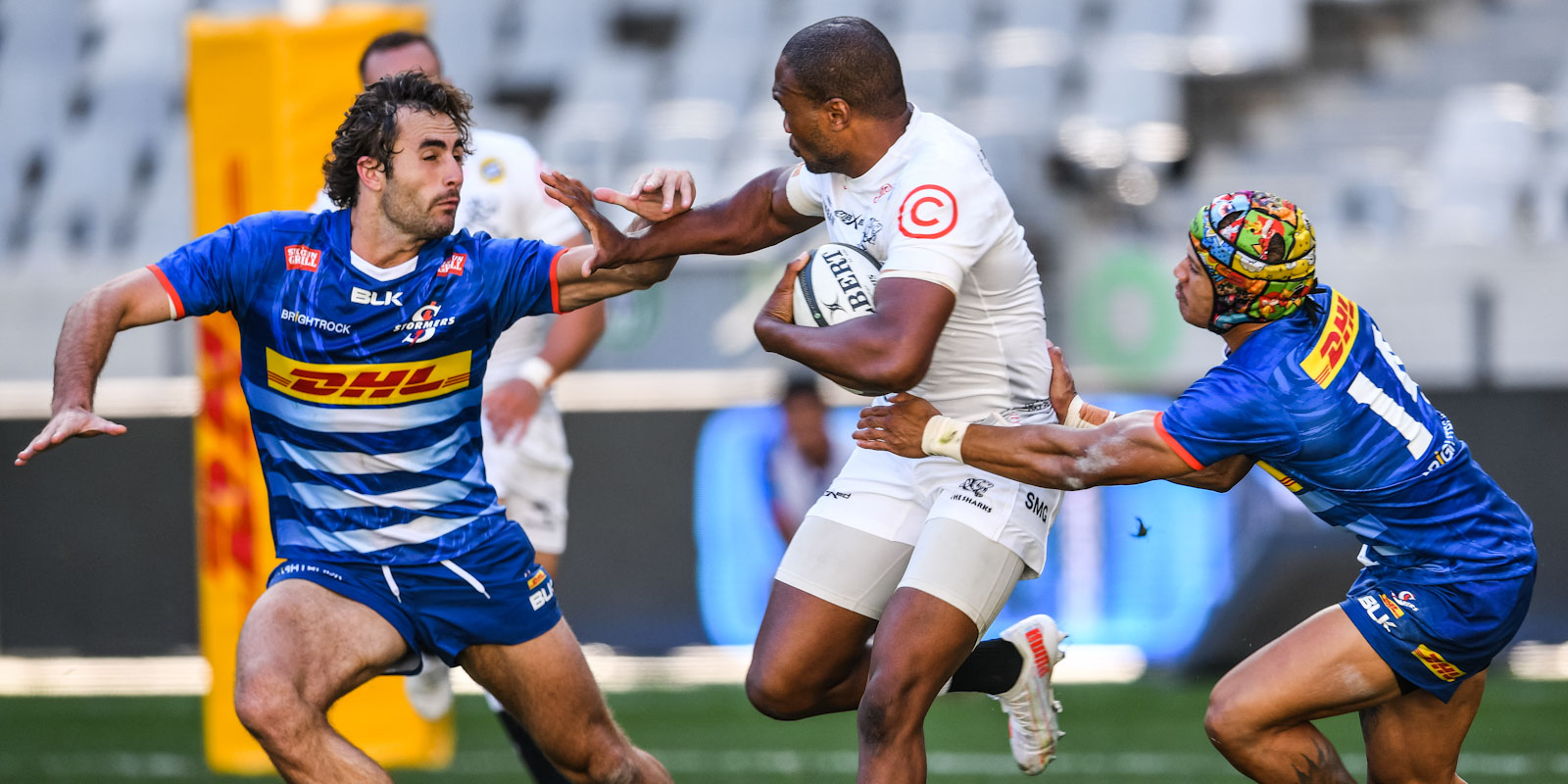 The Emirates Lions are at home again this weekend, facing Gauteng neighbours the Vodacom Bulls who are now three points clear at the top of the table following their demolition job of the Cell C Sharks in the previous round. The Joburg fixture starts at 15h30 and is also live on the SuperSport Rugby and Grandstand channels.

Having lost at home to the DHL Stormers in agonising fashion last weekend, the Emirates Lions are bidding to avoid losing back-to-back matches at Emirates Airline Park for the first time since 2015.

Ivan van Rooyen opted for consistency, with the Emirates Lions mentor making only one injury-enforced change to his team for this match.

"We are facing the team at the top of the log and it will be tough. We have a lot of respect for the Bulls."

Another victory for the men from Pretoria would put them on course to finish at the top of the PRO14 Rainbow Cup standings, with two games to follow, at home to the DHL Stormers and away to the Cell C Sharks.

The Vodacom Bulls beat the Lions 22-9 at Loftus Versfeld in the opening round of the Rainbow Cup, and have won 16 of the 22 previous meetings with their neighbours to the south.

The Vodacom Bulls, who will be putting their 100% winning record on the line with a team showing a number of changes from last week, have won the last six matches they have played against the Emirates Lions since losing 38-12 in Johannesburg in Vodacom Super Rugby in July 2018.

“The more we are successful on the pitch, the bigger the target on our back gets,” said Jake White, Vodacom Bulls Director of Rugby.

“The Lions will not be happy with their returns over the first three matches and they will come out hunting this weekend. We need to be effective in playing our brand of rugby and keeping our momentum going.”