Convincing wins by the Universities of Cape Town (Ikey Tigers) and Stellenbosch (Maties) saw them securing the top two spots.

Maties were far too polished for the University of Free State, beating the Shimlas 81-24, and the Tigers eased past Nelson Mandela University, beating the Madibaz 34-23.

University of Pretoria's Tuks also confirmed a third placed finish, despite a 41-40 loss to the Ixias, but the University of Western Cape (UWC) saw their hopes dashed as they were outplayed by their counterparts from Johannesburg, with Wits winning 40-10.

The Eagles edged the University of Johannesburg 33-29 in a must-win match for the Potchefstroom students.

The league stage of the competition will conclude on Tuesday, with two rescheduled round seven matches. UJ and Wits will face off at 14h00 on Tuks B-field in a Jozi derby (DStv Now channel 245), before a straight shoot-out for fourth spot on the log two hours later between Ixias and the Eagles (16h00, DStv Now channel 245) at the same venue.

Second-placed Maties will meet third-placed Tuks in the first semi-final on Friday, 28 May (17h00), with the table topping Ikeys taking on the winner of Ixias and Eagles in the second semi-final (19h00). The final is on Monday, 31 May.

The Tigers secured top spot on the log with a bonus-point victory against the winless Madibaz at the Tuks B-Field. The Ikey Tigers made 12 changes to their starting line-up with an eye on their upcoming semi-final and it did disrupt their rhythm in the first half.

Once they found their groove and the dogged Madibaz defence started to tire, the writing was on the wall. 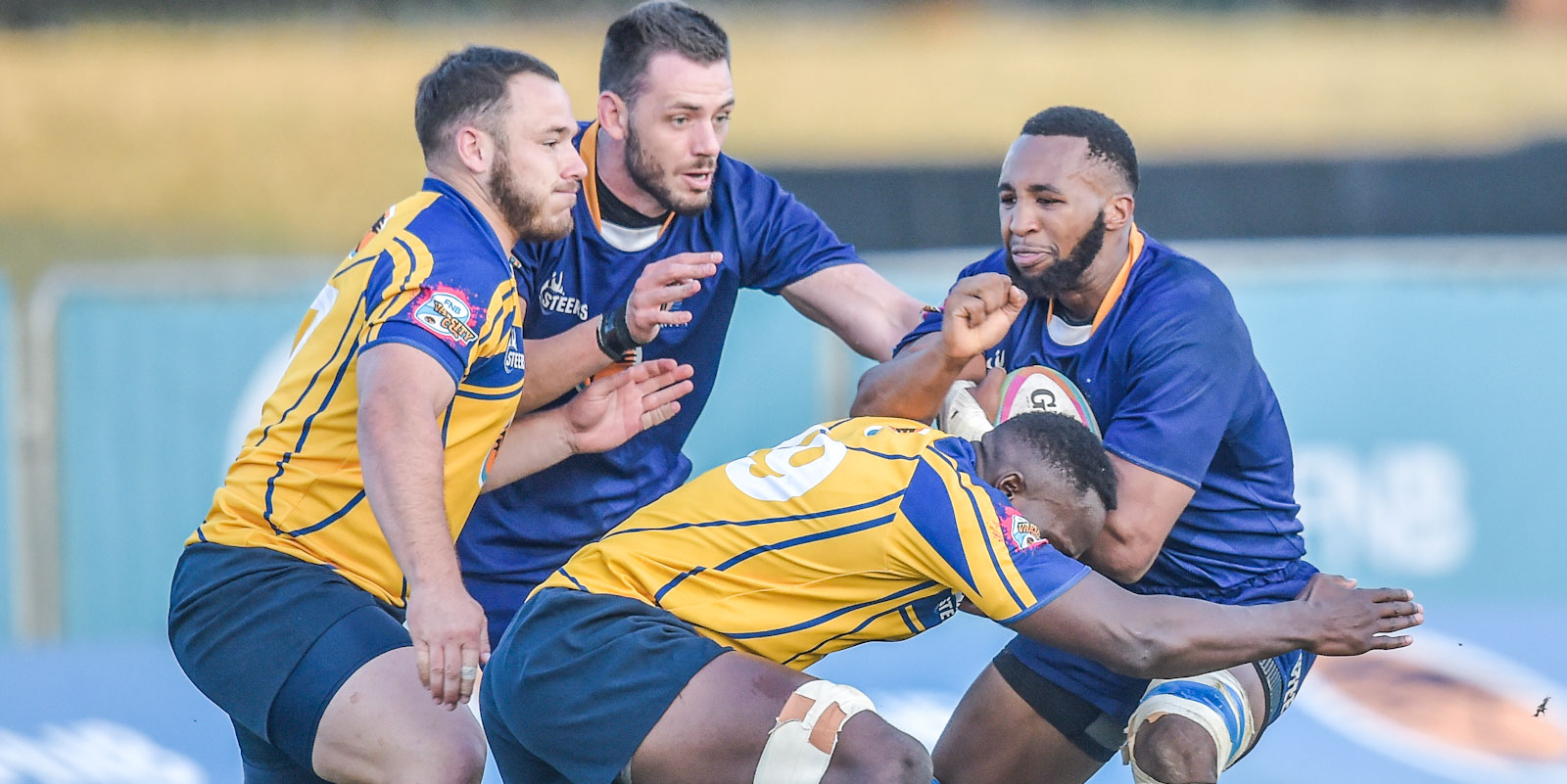 Wits saved their best for last as they dismantled UWC in the final round.

The Eagles survived a second-half fightback from UJ to record a vital win at Loftus Versfeld.

NWU led 28-8 after 52 minutes before UJ stormed back to lead 29-28 after 62 minutes. But two late yellow cards proved costly for the Orange Army as the Eagles scored the match-winning try against 13 men.

Udubs came into this match full of confidence after thrashing CUT, but two matches in four days appeared to take its toll as FNB Wits claimed just their second win of the campaign.

Maties celebrate one of their 11 tries as they outclassed Shimlas on Sunday.

Maties thrashed Shimlas at Loftus Versfeld. The five-time champions, who outscored their opponents by 11 tries to four, appear to be hitting their straps at the right time of the tournament.

Leading 41-33, CUT looked set to run down the clock, only to concede a turnover with seconds remaining. Tuks then did brilliantly to take the ball through 15-plus phases before replacement winger Enrique Cronjé scored a point-of-origin try two minutes into stoppage time.

However, the conversion – from a relatively difficult angle considering the pressure situation – went wide, much to the delight of the Ixias, who recorded their first win over the men from Pretoria.