Hawies Fourie's team led 10-6 at halftime, and not for the first time this season, they had to thank the booming boot of experienced Springbok midfielder Frans Steyn for steering them home.

The big inside centre succeeded with five penalties and a conversion for another flawless kicking display and a personal tally of 17 points. Hooker Marnus van der Merwe scored their only try early in the first half.

Gideon van der Merwe (flank) and Daniel Kasende (right wing) each scored a try for the home side, while flyhalf Tinus de Beer (two penalty goals) and replacement fly half George Whitehead (conversion) added the rest of the points via successful kicks.

The win means the team from Bloemfontein finish the season with a total of six wins from 12 games and a final tally of 31 log points.

However, the men from Kimberley finished the season winless from 12 starts, a number of those defeats by the tightest of margins.

The Free Staters enjoyed a 10-6 lead at the break courtesy of a converted try and a penalty, while the home side replied with two penalty goals. 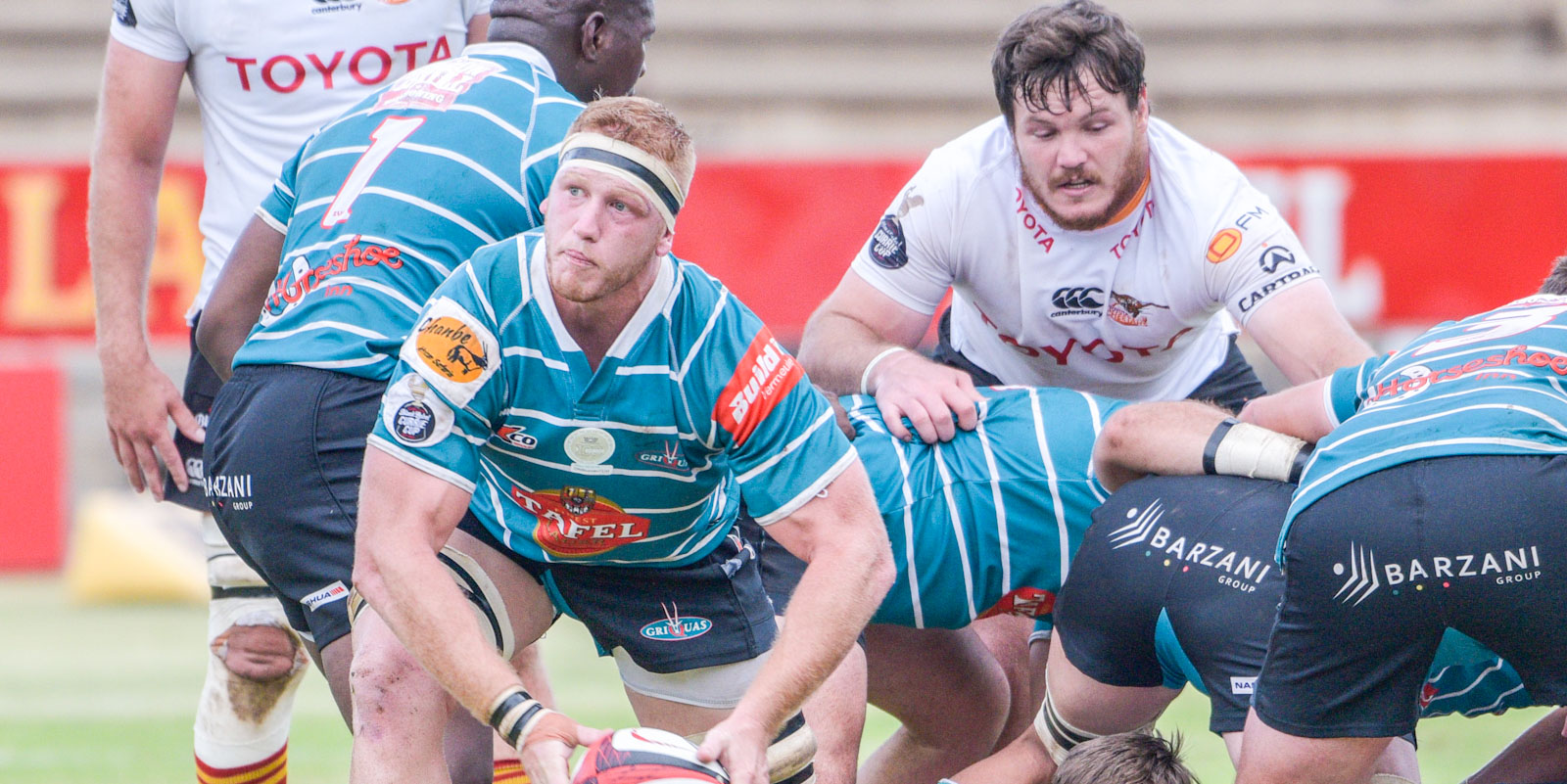 The first half was an evenly matched affair and both sides had a try disallowed early on.

The Toyota Cheetahs’ forward onslaught eventually earned them reward when Van der Merwe went over for the first points of the match and Steyn slotting the conversion (7-0).

However, the home team hit back almost immediately through a De Beer penalty kick and the No 10 was again on target two minutes later when he landed his second attempt (7-6).

Steyn easily slotted the first of five penalty goal attempts and the only one of the first half to hand his side a four-point lead at the break.

The home team started the second half more determined of the two and loose forward Van der Merwe dotted down for their first try after the resumption as they grabbed back the initiative with the score 11-10 in their favour.

Steyn then proceeded to add three more penalty goals to his tally, while Kasende's try a few minutes from the end kicked the home side into furious action during the last few minutes (19-18).

However, another transgression led to another penalty and once more it was that man Steyn who stepped up to convert penalty goal number five of the afternoon as he crucially grabbed back the lead for the final time.

The home side had one more opportunity to secure that much sought after first win, however, their lost lineout on the opponents try line pretty much summed up their season of missed opportunities.

After Leinster’s surprise defeat at the hands of Connacht last week, they find themselves under rare pressure in the Guinness PRO14 as they prepare to host the high-flying Ulster at home on Friday night.

Phakisa Pumas head coach, Jimmy Stonehouse, opted for consistency in selection for their final Carling Currie Cup match of the season, against the Vodacom Bulls in Nelspruit on Sunday, making only one personnel change in the starting team.

With the Carling Currie Cup log positions set in stone and the semi-finalists confirmed going into this weekend’s final pool round, log leaders, the Vodacom Bulls, will target winning momentum in Nelspruit, while pride will be at stake in Kimberley.

The Phakisa Pumas defeated a youthful Vodacom Bulls 44-14 in their final round Carling Currie Cup fixture at the Mbombela Stadium in Nelspruit on Sunday to finish their season on a positive note, while experienced Springbok centre Frans Steyn delivered another masterclass kicking performance in Kimberley on Saturday to steer the Toyota Cheetahs to a hard-fought 22-18 win over Tafel Lager Griquas.

Leinster close in on Ulster in Guinness PRO14

Defending Guinness PRO14 champions, Leinster, narrowed the gap between themselves and Conference A log-leaders, Ulster, to five points as they bounced back from their first defeat in 27 games to register a bonus-point 24-12 win against the Belfast team.