The Lowvelders outscored the Pretoria outfit by six tries to two in the Mbombela Stadium for their third win of the Covid-19 disrupted season.

History heavily favoured the Vodacom Bulls, who have suffered only one defeat against the Lowvelders in the competition since 2011.

However, that counted for very little on a sunny afternoon as coach Jimmy Stonehouse's side followed up their narrow defeats against the Toyota Cheetahs and Xerox Lions with a well-deserved victory.

It was not a full-strength Vodacom Bulls side as their match squad featured only a few regular starters for this final round clash and the gap was exposed by a fired-up Pumas outfit.

Their first half effort was exceptional as the home side proved their experienced by outscoring the visitors five tries to one for a 34-7 halftime lead. 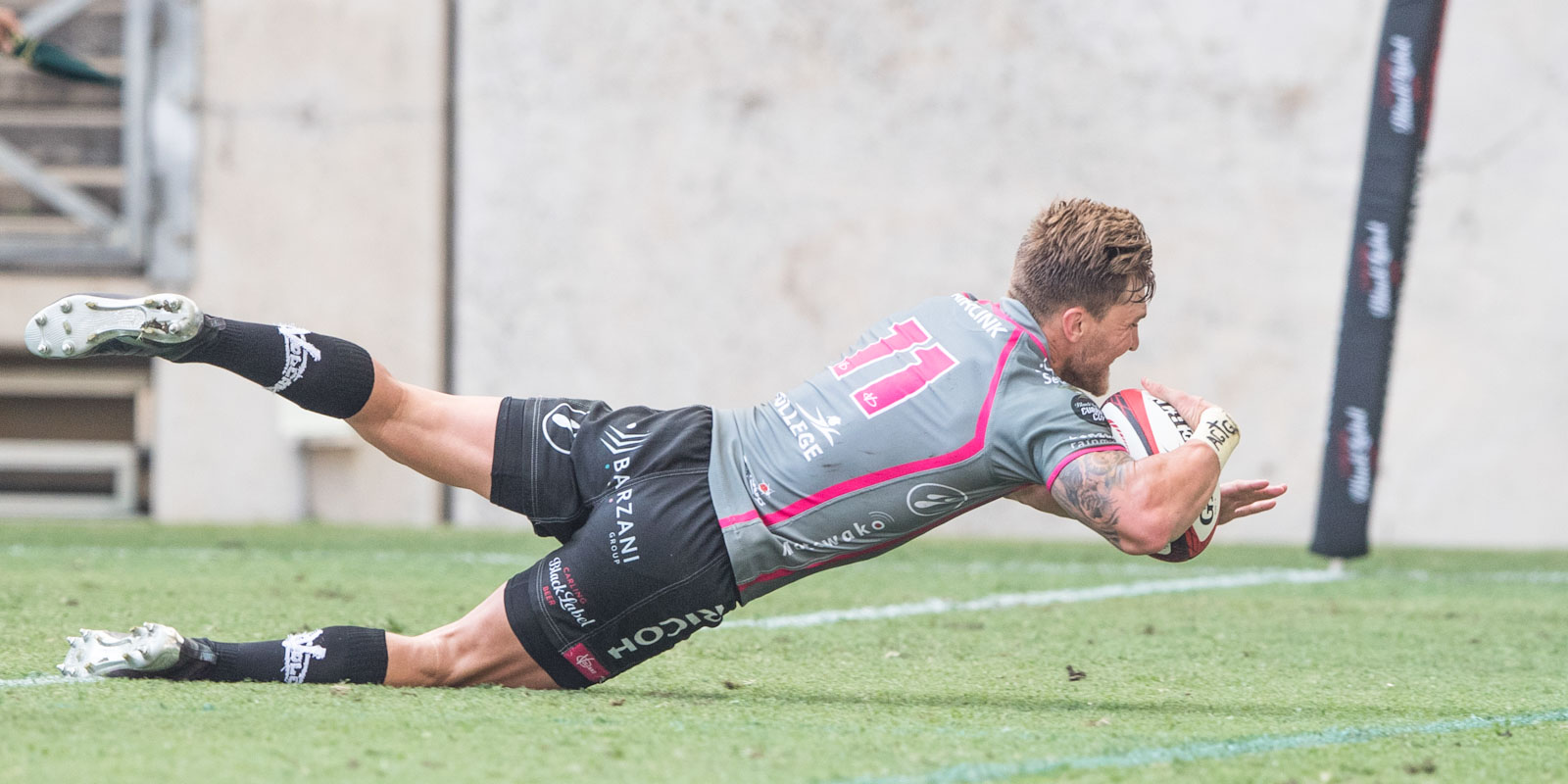 Etienne Taljaard goes over for his try.

Former Junior Springbok wing Luther Obi was on hand to take an inside pass to score their first try from turnover possession and with their tails firmly up, the Phakisa Pumas pounced menacingly to score four more tries as they raced into a commanding and match-winning lead at the break.

Left wing Etienne Taljaard dotted down out wide following a slick move and he was followed by fly half Devon Williams who gathered his own chip kick to score under the posts for a delightful solo effort.

No 8 Willie Engelbrecht was next over the line, for try number four inside the opening 20 minutes of play, and he was followed over the whitewash by openside flanker Daniel Maartens, who was on hand for a final Obi offload.

The visitors eventually got onto the scoreboard in the 29th minute through hooker Joe van Zyl, who grabbed his first try on his Carling Currie Cup debut, to reduce the deficit to 31-7.

Scrumhalf Ginter Smuts kept the scoreboard ticking with a successful penalty goal five minutes before the break to stretch their advantage to 34-7. He repeated the process five minutes after the break.

Young Vodacom Bulls centre Dawid Kellerman scored their second try of the afternoon when he powered his way through midfield, with fullback Clinton Swart adding the extras (34-14).

However, the home side was firmly in control and Williams, who had a good game directing play from fly half, completed his brace midway through the second half.

Smuts was again on target with his conversion as the Phakisa Pumas increased their tally to 44-14 for a very good end to what was a very challenging season.

Despite the home side sealing a bonus-point win, the result made no difference to the final standings as the Vodacom Bulls remain top and the Phakisa Pumas finished sixth.

The Vodacom Bulls have named a youthful match-day squad to face the Phakisa Pumas in their final regular season Carling Currie Cup match at the Mbombela Stadium on Sunday.

After Leinster’s surprise defeat at the hands of Connacht last week, they find themselves under rare pressure in the Guinness PRO14 as they prepare to host the high-flying Ulster at home on Friday night.

Phakisa Pumas head coach, Jimmy Stonehouse, opted for consistency in selection for their final Carling Currie Cup match of the season, against the Vodacom Bulls in Nelspruit on Sunday, making only one personnel change in the starting team.

Leinster close in on Ulster in Guinness PRO14

Defending Guinness PRO14 champions, Leinster, narrowed the gap between themselves and Conference A log-leaders, Ulster, to five points as they bounced back from their first defeat in 27 games to register a bonus-point 24-12 win against the Belfast team.