Blitzboks as ready as they can be – Powell

The Springbok Sevens team hit the ground running in Singapore this week – in a practical sense as well as part of their strategy for the HSBC Singapore Sevens that starts at their National Stadium on Saturday, with the players doing some extra work early in the week in order to combat aspects such as jet lag, time differences and humidity.

“We executed that plan from our medical team with success,” said Blitzboks coach, Neil Powell, on the eve of the tournament, the fifth in the 2022 HSBC World Rugby Sevens Series.

“We arrived early which helped, and we managed a defence and attack session, and both went well. We deliberately wanted to create high intensity early in the week and managed that. It was not perfect, but overall, I am happy with the effort the guys shown in those early sessions.”

The return of Fiji, New Zealand and Samoa will have a positive impact on the standard of the tournament, Powell feels, but there is no use focussing on them as they are not in Pool A, where the Blitzboks will face Canada, Kenya and USA on Saturday.

“It is not an easy pool and if you are not prepared well, you can easily trip over any of these three sides,” said Powell, making it clear that their focus is solely on the opening match, but he had no issues to discuss the strengths of the other two opponents.

“The last time we played Canada (in Malaga in January), the score was still 0-0 at the break and I am sure they will take a lot of confidence out of that performance. Our focus will be on that game and as always, we would like to set a standard for ourselves for the remainder of the tournament. So, we do target a good start.”

Powell noted the progress Kenya has shown in recent months: “Our matches against Kenya are always very physical and a true African derby. They are improving all the time and we need to make sure we play them on our terms.”

And according to the Blitzbok coach, the USA side remain one of the most dangerous, especially with strike runners such as Kevon Williams and Perry Baker.

“They have some players that are getting used to the World Series, but with pace like that you need to be very protective of your ball possession, because those guys can score from anywhere on the field,” he said.

The Blitzboks should progress to the Cup quarter-finals on day two if they stick to their gameplan and execute accordingly: “If we do the things well that we need to, the results will speak for itself, so the responsibility is ours to maintain the standards that made us successful so far this series,” Powell said.

All matches will be live on SuperSport. 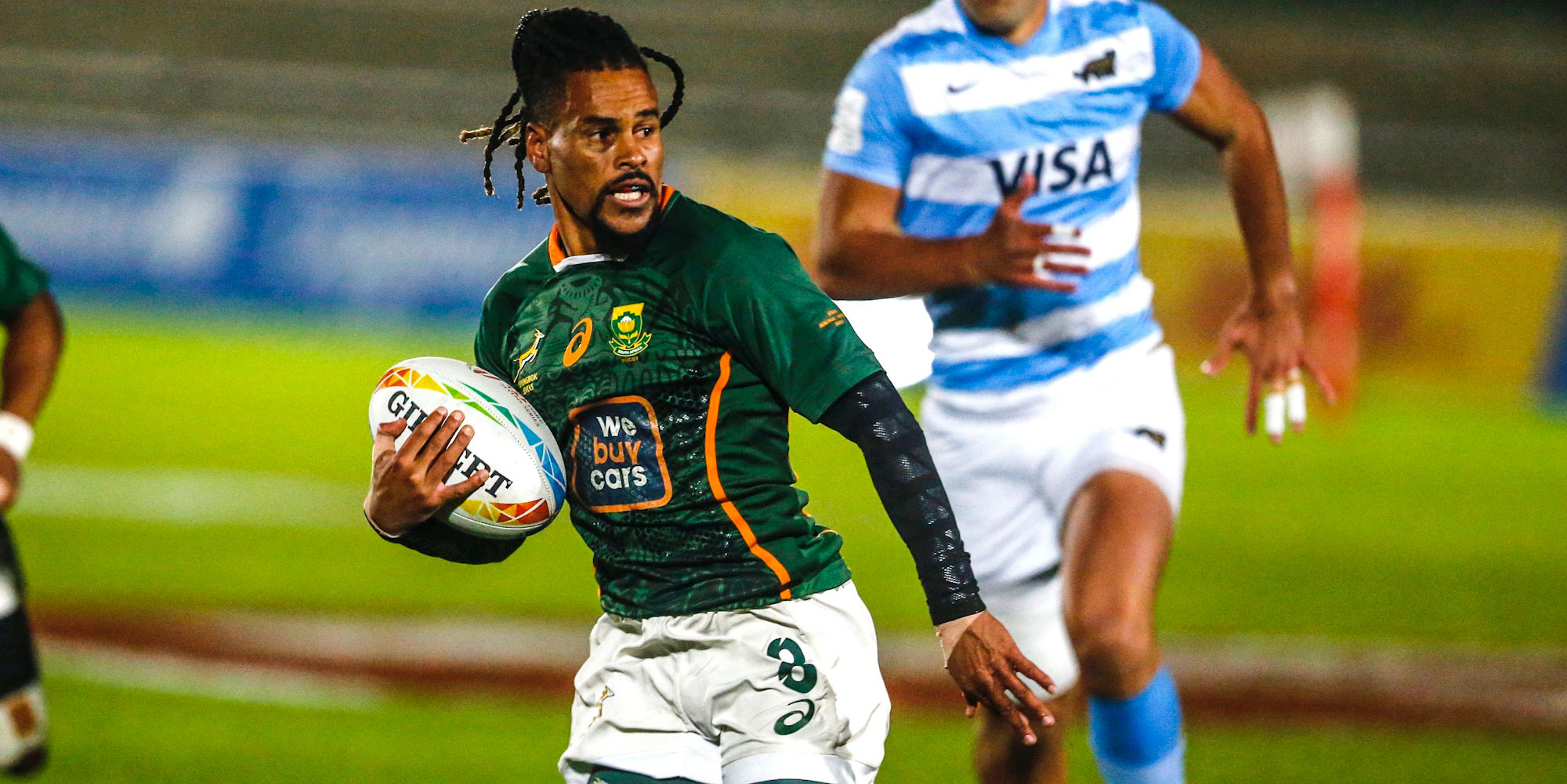 The Springboks will get their preparations for a testing international season underway on Sunday as head coach Jacques Nienaber and his management team host the first of two alignment camps.

The challenges he’s had to overcome to become a Springbok Sevens player in the HSBC World Rugby Sevens Series are well documented; however, it was not only the resilience Ronald Brown showed to compete at the highest level that gripped those who saw him play, but also his brilliance in the Blitzbok jersey that endeared him to so many in such a short space of time.

The Vodacom Bulls returned to the summit on the Carling Currie Cup log courtesy of a bonus-point victory over DHL Western Province in Pretoria on Wednesday night, after the Cell C Sharks and Airlink Pumas maintained their push for semi-final spots with good wins.

After a number of matches against foreign opposition in the Vodacom United Rugby Championship, it’s time for local action when the Cell C Sharks host the Emirates Lions at Hollywoodbets Kings Park in Durban on Saturday afternoon.

Du Plessis back for Lions in Durban derby

The Emirates Lions will look to make it five in a row when they face the Cell C Sharks in Durban on Saturday in the Vodacom United Rugby Championship.

The DHL Stormers held out a determined Vodacom Bulls outfit with 14 men in the dying minutes of their Vodacom United Rugby Championship clash at the DHL Stadium in Cape Town on Saturday to secure a crucial 19-17 victory in this North-South showpiece.

Sharks take the spoils in a soaking wet Durban

The Cell C Sharks moved up to sixth place on the Vodacom United Rugby Championship log courtesy of a 37-10 bonus-point win over the Emirates Lions in a game that was played in wet and difficult conditions at Hollywoodbets Kings Park in Durban on Saturday afternoon.

The Springboks will get their preparations for a testing international season underway on Sunday as head coach Jacques Nienaber and his management team host the first of two alignment camps.