Scotland held a two point lead at the break following a penalty goal and a converted try, while South Africa also scored a try and a penalty goal, with Elton Jantjies’ missed conversion of Makazole Mapimpi's first try handing the hosts the lead after 40 miuntes.

However, the Springboks delivered a much more clinical display in the second half which saw them profiting at regular times from their dominance at the set-piece and a well-executed kicking game. The so-called “Bob Squad” once more made a telling impact, with especially Malcolm Marx (hooker) and Steven Kitshoff (prop) menacing at the breakdown and in the scrums.

Mapimpi underlined his class as a finisher by bagging two tries, while Damian de Allende (centre) had another outstanding outing with great defence and several dangerous runs. Towering lock Eben Etzebeth won the Man of the Match accolade after a great shift in the No 4 jersey. 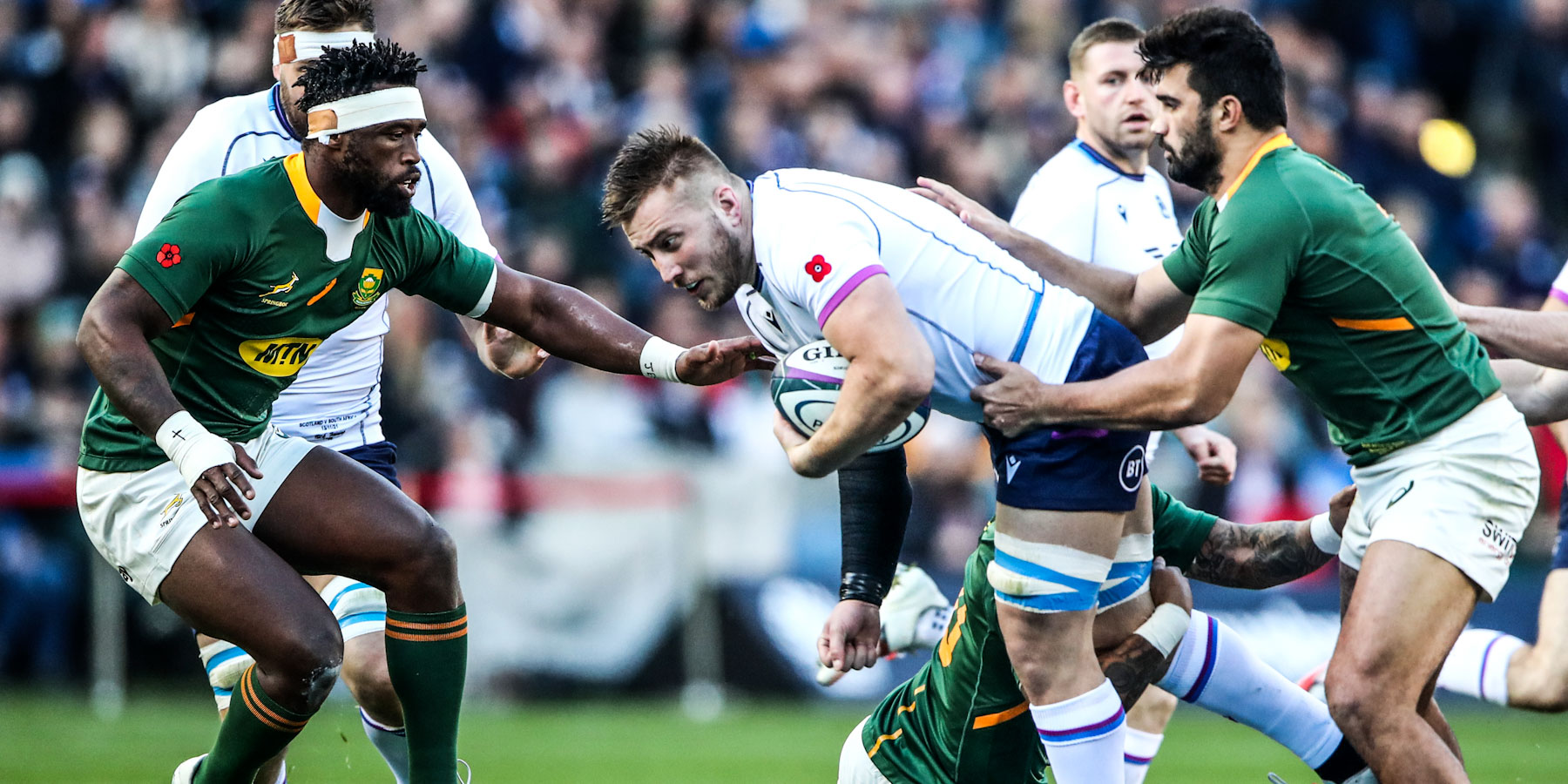 The victory keeps alive the Springboks’ ambition of a clean sweep on their UK tour as they now head to London for next weekend’s final tour match against England at Twickenham.

The Springboks started the first half in dominant fashion, with their scrum especially putting the Scots under severe pressure and forcing several penalties which the South Africans elected to kick to the corner.

The home side were however well prepared for the powerful Bok maul, which they managed to stop in its tracks on several occasions.

Despite being dominant in terms of possession and territory, the Springboks failed to break down the stubborn Scottish defence. The home side were also very much intent to have a go at the Springbok defence, especially from broken play, when they brought their dangerous playmakers into play. 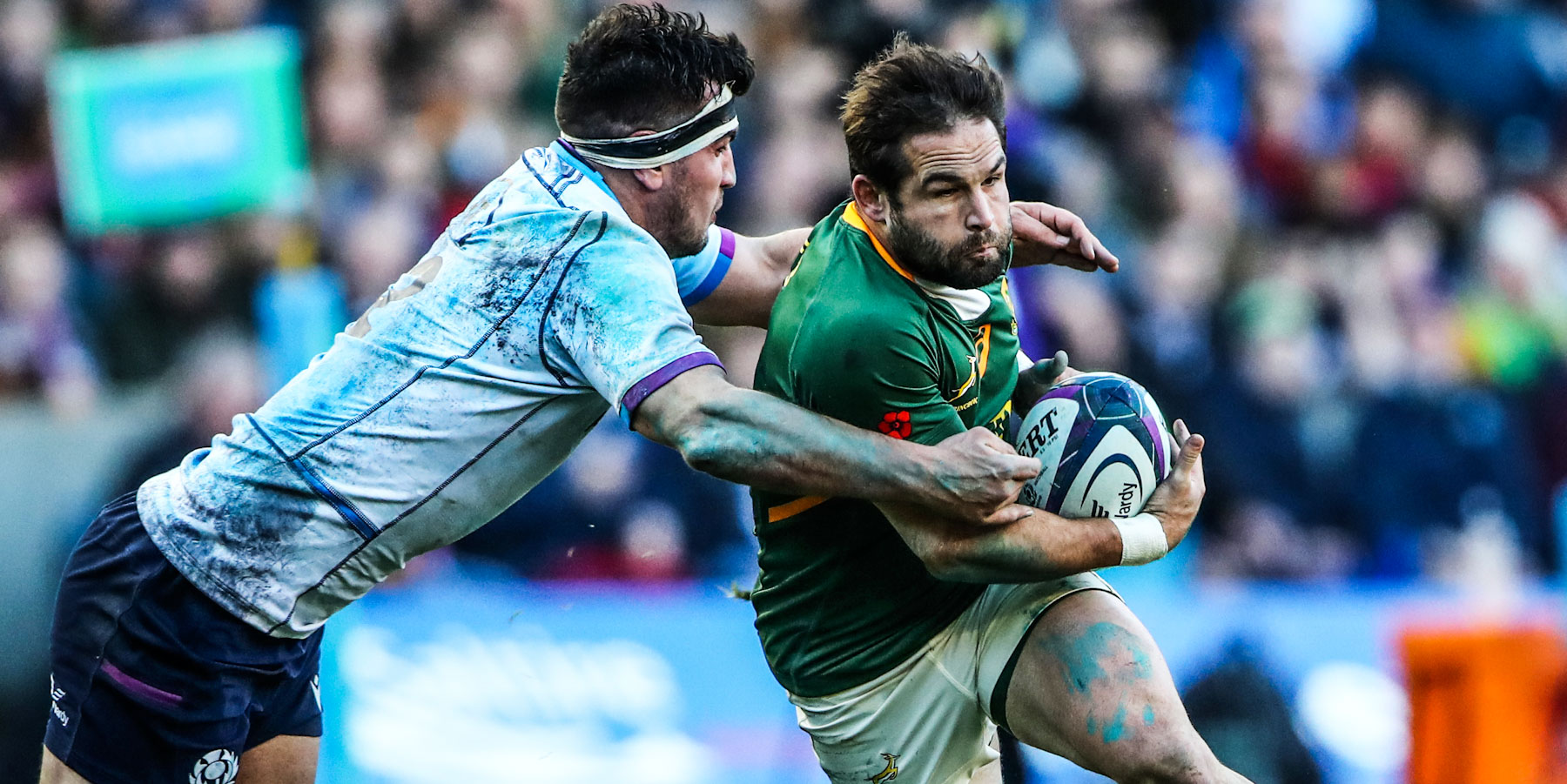 Cobus Reinach upped the pace when he came on in the second half.

On one occasion, big wing Duhan van der Merwe was hacked down in full flight by Jesse Kriel as the Bok speedster saved a certain home try.

After pivots Finn Russell and Jantjies traded penalty goals, the Springboks showed their potency on attack when skipper Siya Kolisi was on hand in the wider channels to feed Mapimpi who scored the game’s first try just before the half hour mark.

Scotland always looked threatening when they took the ball wide and in a move that again featured the big frame of Van der Merwe prominently, the Scots penetrated the Bok defence when fullback Stuart Hogg ran in for his try again South Africa in his 87th Test match. Finn, who also looked lively whenever he had the ball in hand, slotted the conversion to hand the Scots a narrow 10-8 lead at the break.

Mapimpi gave the Springboks the perfect start when he ran in for his second try following some brilliant work by midfielders De Allende and Lukhanyo Am after Kriel won an arial contest. Jantjies added the extras while he also succeeded with two more penalty goal attempts to hand the South Africans some breathing space on the score board with the score at 21-10. 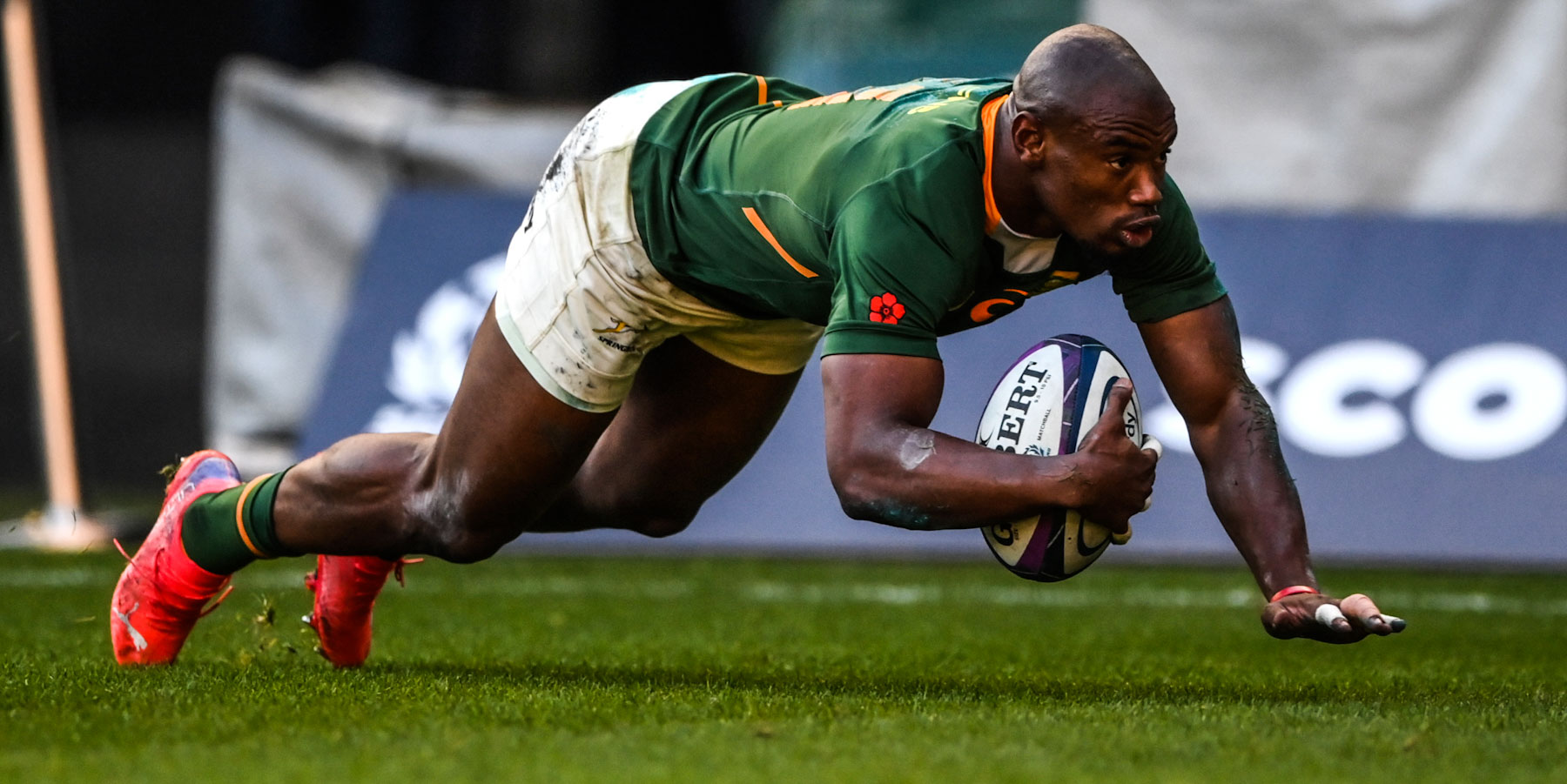 Makazole Mapimpi goes over for one of his two tries.

Van der Merwe, a former SA Under-20 player and 2021 British & Irish Lion, had a good match and was once more prominent in the movement that led to Hogg’s second try as the Scots clawed their way back to 21-15.

Replacement flyhalf Handre Pollard slotted a straight forward penalty goal attempt to stretch the Bok advantage to nine points while another second half replacement, Frans Steyn, then duly obliged with a trademark long range penalty as South Africa resumed full control with the score now 27-15 in their favour with less than 10 minutes left to play.

Pollard added the last penalty goal of the afternoon to put the cherry on top of a dominant and thoroughly deserved 30-15 victory for the world champions.

The match was a memorable occasion for Franco Mostert (lock) and Kriel, who both played in their 50th Test in the Green and Gold jersey, while Steyn stretched his international career past 15 years.

Springbok coach Jacques Nienaber named Handré Pollard and Cobus Reinach in a fresh halfback pairing and recalled Lood de Jager at lock in three changes to his starting team for the final Test of the Castle Lager Outgoing Tour, against England at Twickenham on Saturday.