Jordaan was not considered for the opening tour match, against France in Vannes last Saturday, due to a stomach bug, but she has recovered and will don the No 10 jersey at Cardiff Arms Park in her 29th Test appearance in the Green and Gold.

Jordaan’s selection sees Libbie Janse van Rensburg moving to the bench, where Raubenheimer made some tweaks to the finishers in the game.

With Janse van Rensburg on the bench, Jakkie Cilliers sits out this week, while Lerato Makua and Simamkele Namba come in for Ziyanda Ngohlekana and Ayanda Malinga respectively, with the duo in line for their Test debuts.

Malinga, another Pretoria-based player, sits out due to HIA protocols after a knock sustained against France. Namba, who scored eight tries in 10 matches for DHL Western Province in the Women’s Premier Division this year, will replace her as wing cover.

Raubenheimer said the selection of Jordaan was an easy one, due to her vast experience.

“I am happy to welcome Zenay back into team as she has trained well and is on the same page with us now. Her presence will add value to our decision-making and execution,” said Raubenheimer.

“The coaching staff felt that the team did well against France, considering the low base we started from with regards to match practice and sharpness. This group will get another chance to show that the lessons learned from the Vannes match can deliver positive change to the mistakes that were made.”

For Raubenheimer, the Cardiff clash will be another important step into the squad’s preparation for the Rugby World Cup in New Zealand next year.

“We are up against another opponent ranked above us just seven days after playing France,” the Springbok Women’s coach said.

“We wanted to see at what intensity the French play and with that knowledge, we have a better idea what to expect from Wales. The two sides are more evenly matched than last week, so I believe we can create more opportunities for ourselves, so the challenge will be to make the most of those.” 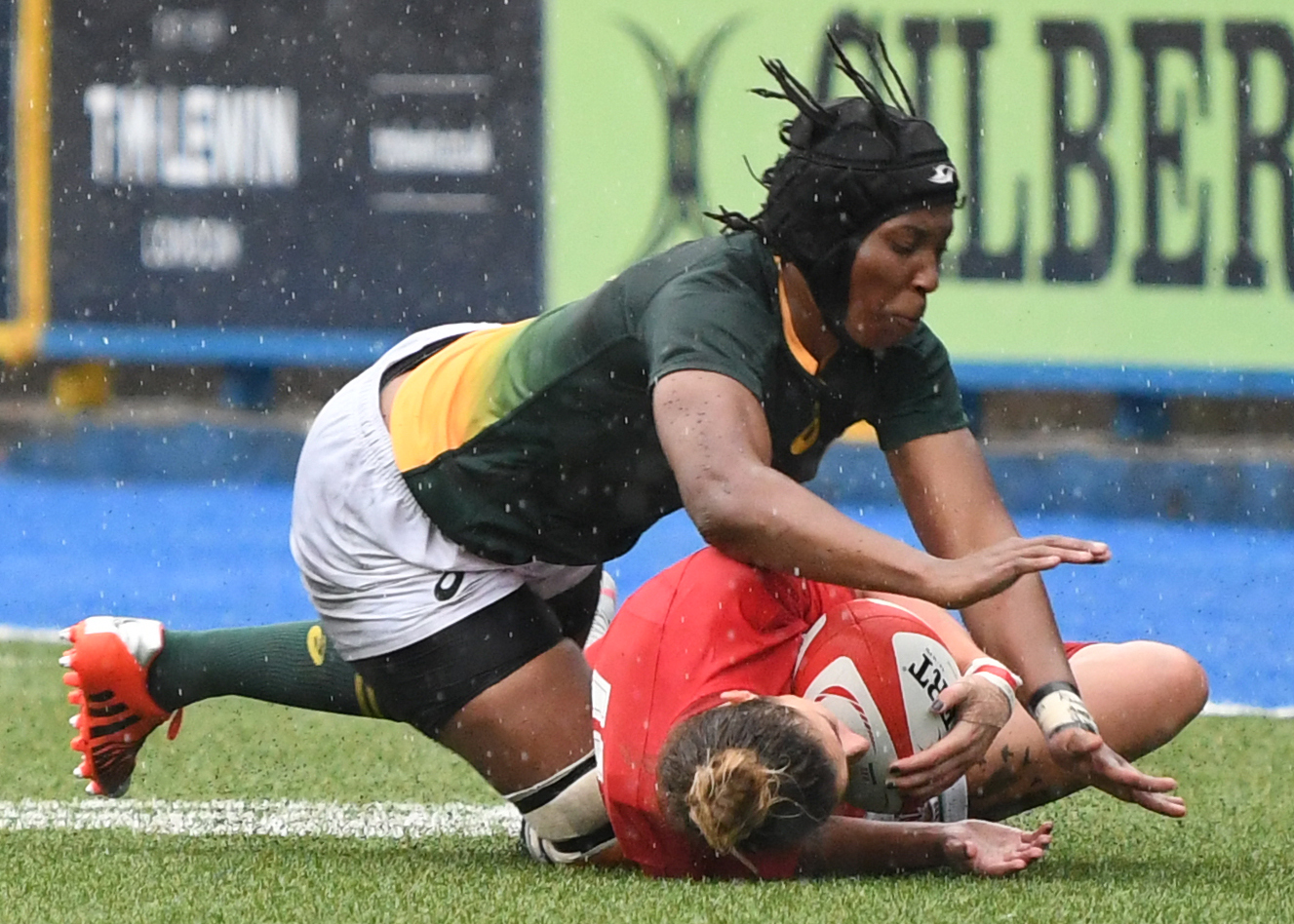 The Springbok Sevens won a third straight HSBC World Rugby Sevens Series tournament when they dazzled their way to a thr...

Ronald Brown was "Johnny-on-the-spot" in the Blitzboks' first game on the opening day of the Emirates Dubai 7s on Friday...

Cardiff late show not quite enough for Bok Women

A late surge by the Springbok Women proved a little late for their ambitions to beat Wales at Cardiff Arms Park in Cardiff on Saturday as two tries in the last five minutes was not enough to prevent a 29-19 defeat in the second game of their November Series 2021 tour.