Springbok coach Jacques Nienaber named Handré Pollard and Cobus Reinach in a fresh halfback pairing and recalled Lood de Jager at lock in three changes to his starting team for the final Test of the Castle Lager Outgoing Tour, against England at Twickenham on Saturday.

Pollard (flyhalf), Reinach (scrumhalf) and De Jager were drafted into the starting lineup in rotational switches, which sees Elton Jantjies and Herschel Jantjies join Franco Mostert (utility forward) among the replacements in other changes to the match-day squad that defeated Scotland 30-15 at Murrayfield last week.

Victory for the Springboks over a strong England team will not only see the South Africans retain the No 1 spot on the world rankings; it would also mark their first unbeaten Castle Lager Outgoing Tour since 2013, and wrap up a successful season for the world champions with nine victories in 13 Test matches.

The last time the Springboks beat England in London was in 2014, when they edged the hosts 31-28, but they have won three of their last six outings against their northern hemisphere arch-rivals – the most recent being the Rugby World Cup final in Yokohama in 2019, where the Boks emerged 32-12 victors.

“We built up good momentum in the Tests against Wales and Scotland, and it is important for us to transfer that into our final match of the tour against England, so we opted to make only three changes to the starting team for this weekend’s clash,” said Nienaber.

“England will pose different threats to Scotland, and with that in mind we have decided to start with Handré, Cobus and Lood. 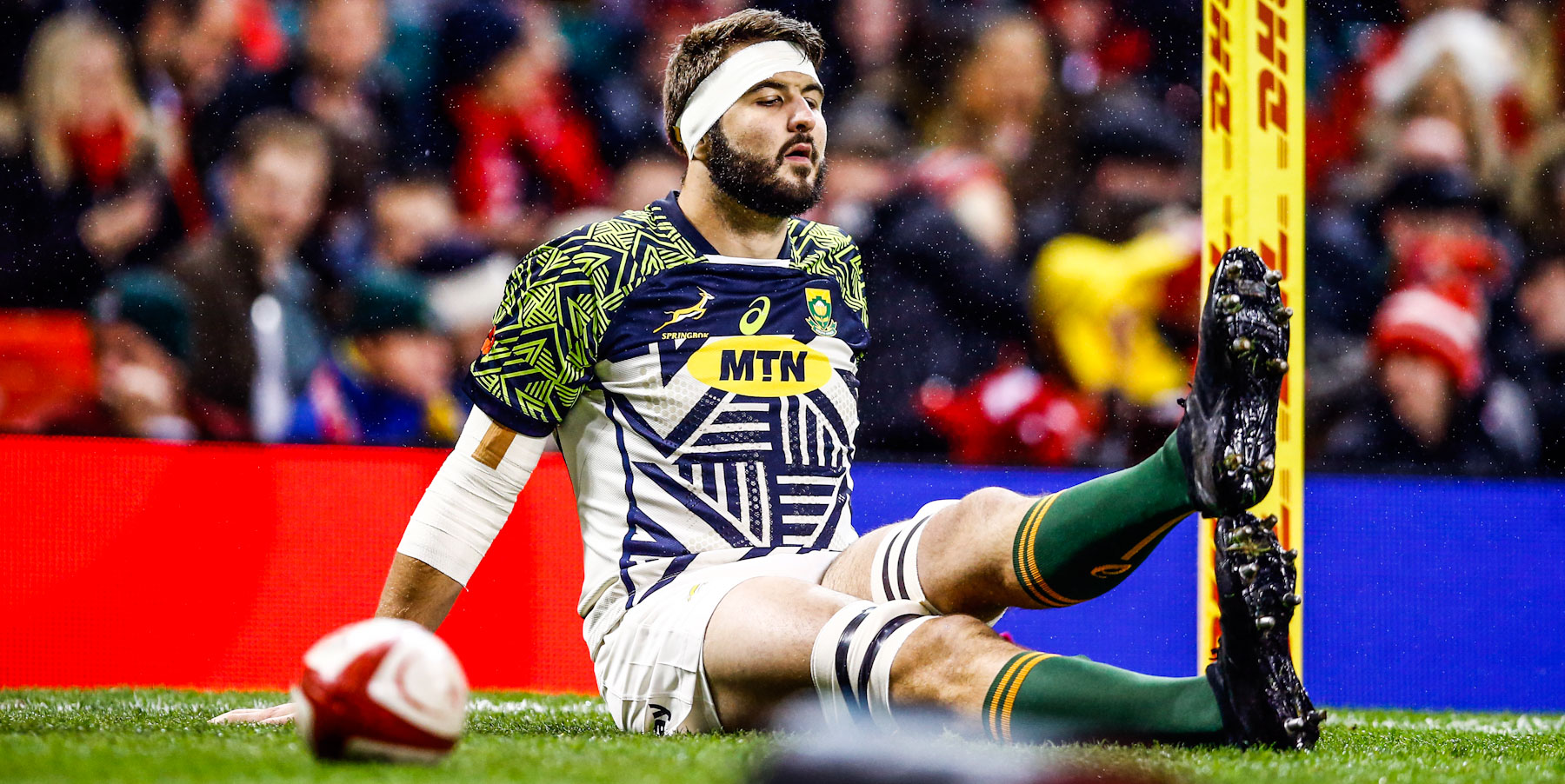 Lood de Jager is back at lock in the Boks' starting team.

“Elton, Herschel and Franco have shown that they can inject energy and ignite a spark on attack off the bench, which will be handy against an English outfit that we know will be highly charged up for this match.”

Nienaber anticipated an epic battle between the teams.

“England have made it clear that they’ll come hard at us in this match, and with a few British & Irish Lions players in their midst, home ground advantage and a new record of eight wins in a row against Australia adding to their motivation this weekend, so we know it will be a hard grind,” said the Bok coach.

“That said, we will enter the match equally motivated, especially with the opportunity to retain our status as the top team in the world for a third successive season and winning all three matches in the Castle Lager Outgoing Tour for the first time in eight years being a real prospect.”

Nienaber added: “This has been arguably the most challenging season for a Springbok team yet due to the challenges presented by the COVID-19 pandemic, and to finish off the year with a victory against England would be a fantastic reward for the team.”

As with most of the northern hemisphere teams, Nienaber expected a monstrous forward battle, but he said England have the players and ability to mix things up on the day. 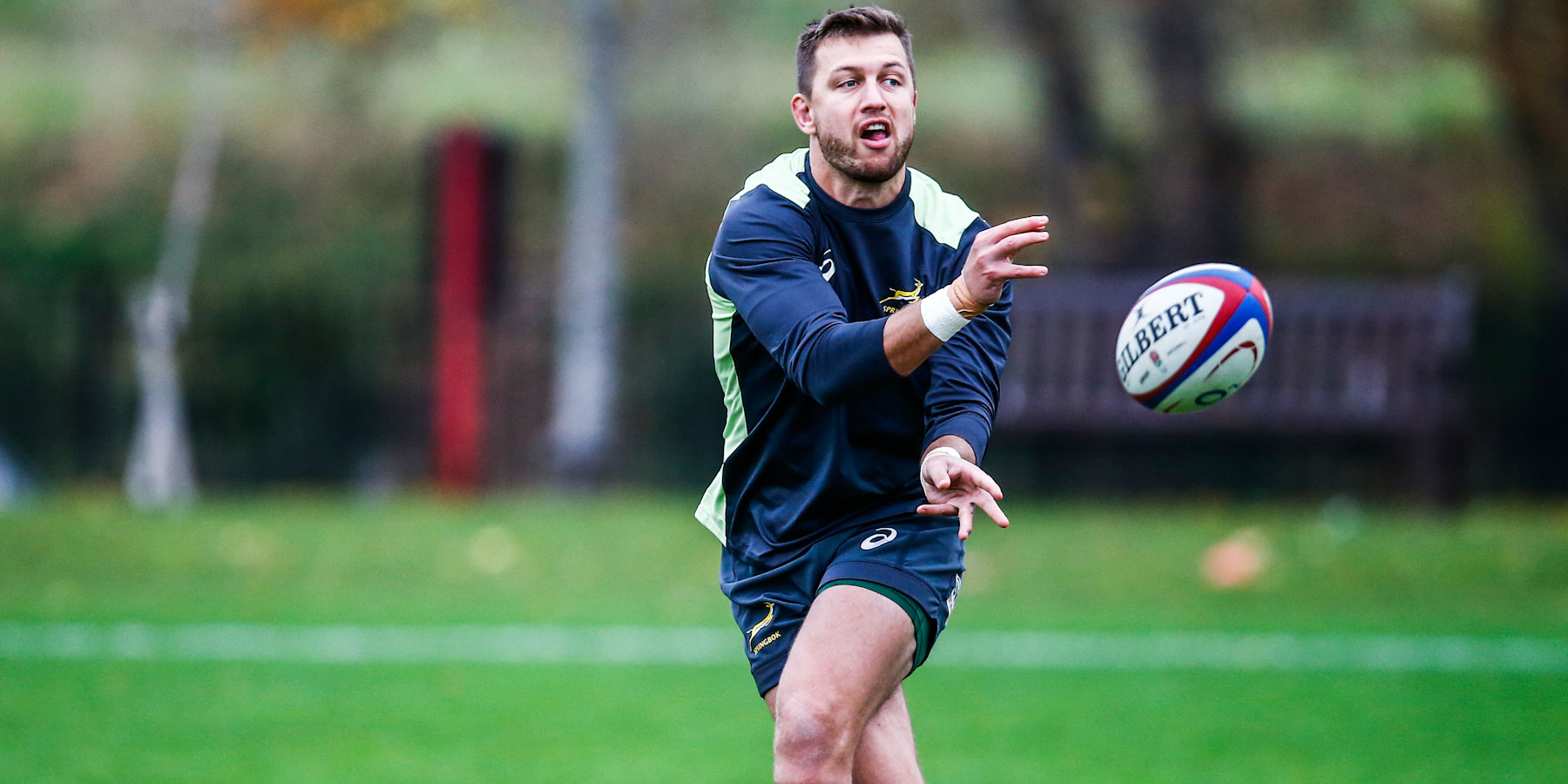 Handre Pollard comes in at flyhalf to face England on Saturday.

“England have traditionally had a strong pack of forwards and backs that can trigger action on attack, but they have a number of new players and coaches this season, who will want to make their mark, so there may be a different dynamic in their style of play,” he said.

“We’ve been doing our homework and we’ve been putting in the hard yards both on and off the field, so we need to make sure we are mentally and physically sharp on Saturday and convert the opportunities we create on attack into points because in a Test match such as this there are generally only a few of them.”

Andrew Brace (Ireland) has been appointed the match referee and he will be assisted by Angus Gardner (Australia) and Frank Murphy (Ireland), while his Irish compatriot Brian MacNeice will be on Television Match Official duty.

The Springbok Sevens are ready and raring to go for what promises to be an exciting and full rugby calendar consisting of the HSBC Sevens World Series, the Commonwealth Games as well as the Rugby World Cup tournament.

Springbok coach Jacques Nienaber confirmed that Sbu Nkosi (wing) and Aphelele Fassi (utility back) have been released from the touring squad to join the Cell C Sharks and will depart for South Africa on Wednesday evening.

Vermeulen fresh and raring to go for England Test

Duane Vermeulen is feeling fresh and raring to go when the Springboks face England in Saturday’s season-ending Castle Lager Outgoing Tour Test against England at Twickenham.