The action resumes in Gauteng this weekend after a bye week, with the DHL Stormers and the Emirates Lions having turned the PRO14 Rainbow Cup SA upside down as the bottom two beat the top two in the previous round.

John Dobson’s DHL Stormers made it back-to-back away victories as they saw off the Cell C Sharks to go second while the Emirates Lions served up a first defeat of the campaign for the Vodacom Bulls.

However, the men from Pretoria have a four-point advantage of their Cape rivals and the Durbanites with just two rounds remaining, while the team from Johannesburg are seven points adrift.

Springbok loose forward Marcell Coetzee will earn his first cap for the Vodacom Bulls on Friday, when the log leaders clash with the second-placed DHL Stormers. The clash at Loftus Versfeld is scheduled to start at 19h00 and will be broadcast on the SuperSport Grandstand and Rugby channels.

Coetzee joined the Vodacom Bulls from Ulster recently and he is one of three Test players that will make a first appearance in the competition. Ivan van Zyl returns from injury and will start at scrumhalf, while Gio Aplon will play off the bench against his former province.

Jake White, the Vodacom Bulls head coach, cautioned his side on what to expect from the DHL Stormers: “The loss against the Lions put things into perspective as we cannot afford even one slip up in terms of the log. We need to make amends for it and there's not many things tougher than a classic North-South derby.”

Meanwhile, former Blitzbok star Rosko Specman will start on the wing on one of four changes to the DHL Stormers’ starting line-up for Friday’s evening clash. There are two changes to the backline and two to the forward pack for this edition of the North-South Derby. 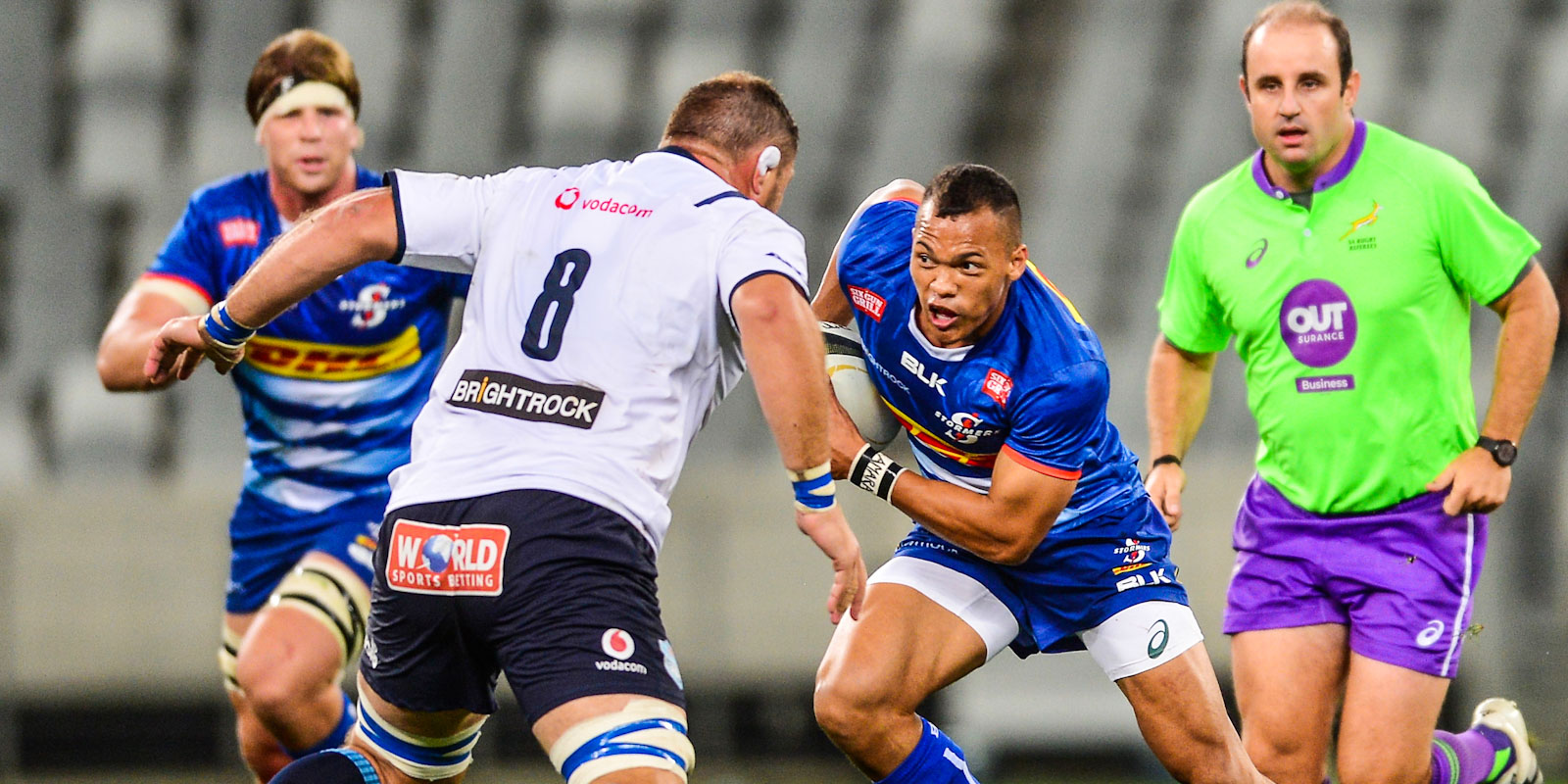 The Vodacom Bulls beat the DHL Stormers the last time they met in the PRO14 Rainbow Cup SA.

DHL Stormers head coach John Dobson said that his team will need to execute their skills as accurately as possible to get the result they need.

“We know that it will take a clinical performance to get the win on Friday and we are up for the challenge," said Dobson. “We want to push ourselves to deliver our best rugby for the full 80 minutes as we know that we are an even better team than we have shown in this competition."

The Vodacom Bulls saw their 100% start to the competition come to an end with a thrilling 34-33 defeat to the Emirates Lions in Johannesburg. However, they have a formidable record at Loftus Versfeld, having won 13 on the trot since losing to the Jaguares in February 2020.

After starting with back-to-back defeats, including a 20-16 loss to the Vodacom Bulls in Cape Town, the DHL Stormers are now attempting to register three successive wins for the first time since February 2020.

But their last triumph in Pretoria came in July 2017 and they have lost their last three encounters against the Vodacom Bulls since prevailing in Cape Town more than a year ago.

The Emirates Lions will take the field with an unchanged starting team in their match against the Cell C Sharks in Johannesburg on Saturday, with the only change on the bench, where Dan Kriel comes in for Manny Rass.

Kick-off at Emirates Airline Park is set for 16h00, with the match to be televised live on SuperSport Grandstand and Rugby channels.

Cell C Sharks head coach Sean Everitt has named a much-changed side for Saturday’s visit to Johannesburg, with Springbok wing Makazole Mapimpi making a return to the team after spending some time in Japan.

The Emirates Lions snapped a four-game losing run when they edged the Vodacom Bulls in Round 4. They also have a decent home record, having lost just once since November, while the Cell C Sharks have won there just once since 2014.

The Durbanites are looking to avoid three consecutive defeats in the same season for the first time in four years. However, they have won just one of their last four away games, although they have only been beaten once in six meetings with the Lions.

The Blue Bulls Women scored three second half tries to shut out the Cell C Sharks Women for a 30-18 bonus-point victory in a tightly contested Women’s Premier Division match at Loftus Versfeld in Pretoria on Friday.

Heavily penalised and under massive defensive pressure for most of the match, the DHL Stormers almost clinched a remarkable win at Loftus Versfeld, but in the end a last-minute try by the Vodacom Bulls' hard-working lock Ruan Nortje ensured they kept their grip firmly at the top of the PRO14 Rainbow Cup SA log with a nail-biting 31-27 victory in Pretoria on Friday night.