Siviwe Soyizwapi and Impi Visser will lead two experienced, but also experimental outfits in this weekend's tournament of Rugby Africa's Sevens Solidarity Camp, to be played at Markötter Stadium in Stellenbosch on Saturday and Sunday.

The two South African sides, consisting of Springbok Sevens and SA Rugby Sevens Academy players, will take the field against Kenya, Uganda and Zimbabwe, alongside the Stellenbosch Academy of Sport Sevens Academy, in what will be their first international matches in 14 months.

The South Africans last played international rugby in March 2020, when they contested the HSBC Canada Sevens in Vancouver, where they placed fourth.

The HSBC World Rugby Sevens Series was called off shortly after that due to the COVID-19 pandemic and a 2021 version will only continue after the Olympic Games in July.

The Solidarity Camp was arranged by Rugby Africa to assist South Africa and Kenya with their Olympic preparations, while Uganda and Zimbabwe can fine-tune their preparations for the Olympic repechage, to be played in Monaco next month.

Springbok Sevens coach Neil Powell will take charge of the SA 1 side, with regular captain, Siviwe Soyizwapi, back leading the team that include new players in flyhalf Lubabelo Dobela and outside back Shilton van Wyk. 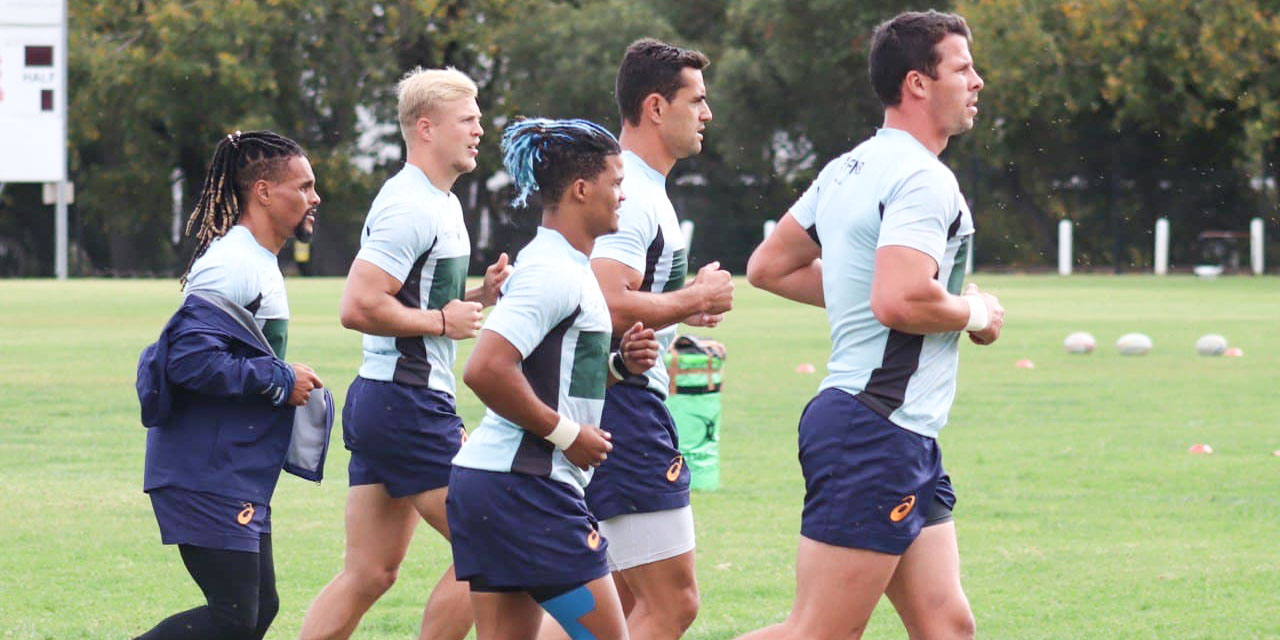 Blitzboks on the training field.

Powell said the squads have been picked with a specific purpose in mind and will change when the second tournament of the Solidarity Camp takes place next weekend.

"We have players at various stages of fitness, return to play, coming back from fifteens and one or two new combinations that will be tried out, so although there are familiar faces, not all has played together in recent times,” said Powell.

“Shakes (Soyizwapi) last played at the Cape Town Sevens in 2019 and had injury issues last year, while Ruhan Nel played fifteens in the last year, having also last played for us in Cape Town in 2019.

"Some guys will have lots of time on the field this weekend, while others will only play off the bench. That will change next week, when a number of players not considered this weekend will get game time, so it is important that we get as much as possible out of these matches this weekend with these players. This is all about game time and how we manage that.”

Ngcobo will have a number of battle-hardened Blitzboks in his squad, but he is also keen to see how Tiaan Pretorius, Mervano da Silva and Latica Nela shape up in real match situations after many months of training sessions as part of the SA Rugby Sevens Academy. 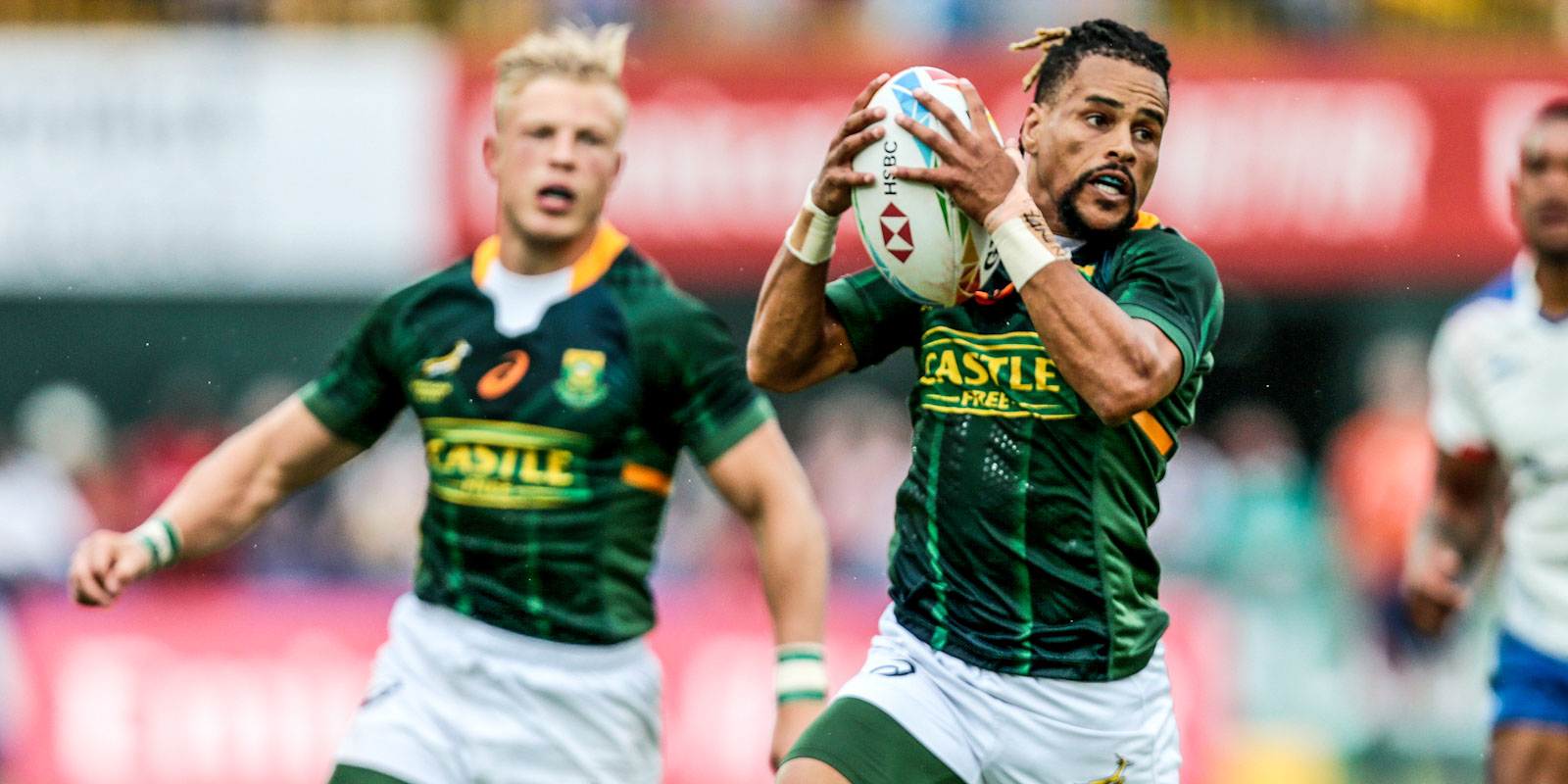 Selvyn Davids, with JC Pretorius in support during the 2020 World Series.

“Everything we do will be with the eye on the Olympics in July, so this weekend's planning had that in mind as well,” said Ngcobo.

“It will be good for all the players to experience international sevens, whether for the first time or the first time in a long while. Everyone taking to the field, as well as us as management is looking to gain as much from the weekend as possible.

"This is a great opportunity for the fringe players to show what they can do, and I hope they embrace that opportunity.

Matches will be live-streamed via Rugby Africa’s Facebook and You Tube pages.