The men from Kimberley held a 10-7 lead at the break at Jonsson Kings Park, but as the home side found their rhythm in the second half, coupled with two yellow cards to the visitors, the Cell C Sharks had too much firepower at the back and it reflected on the scoreboard.

The home side started strongest, but the lack of game time showed in the early attacks. They enjoyed territorial advantage in the opening 10 minutes but good defence by Tafel Lager Griquas and some sloppy handling by the Durbanites resulted in several spurred chances.

The visitors, after dispelling the early Cell C Sharks charge, started to come into the game and the upper hand in the scrums and territorial stakes. 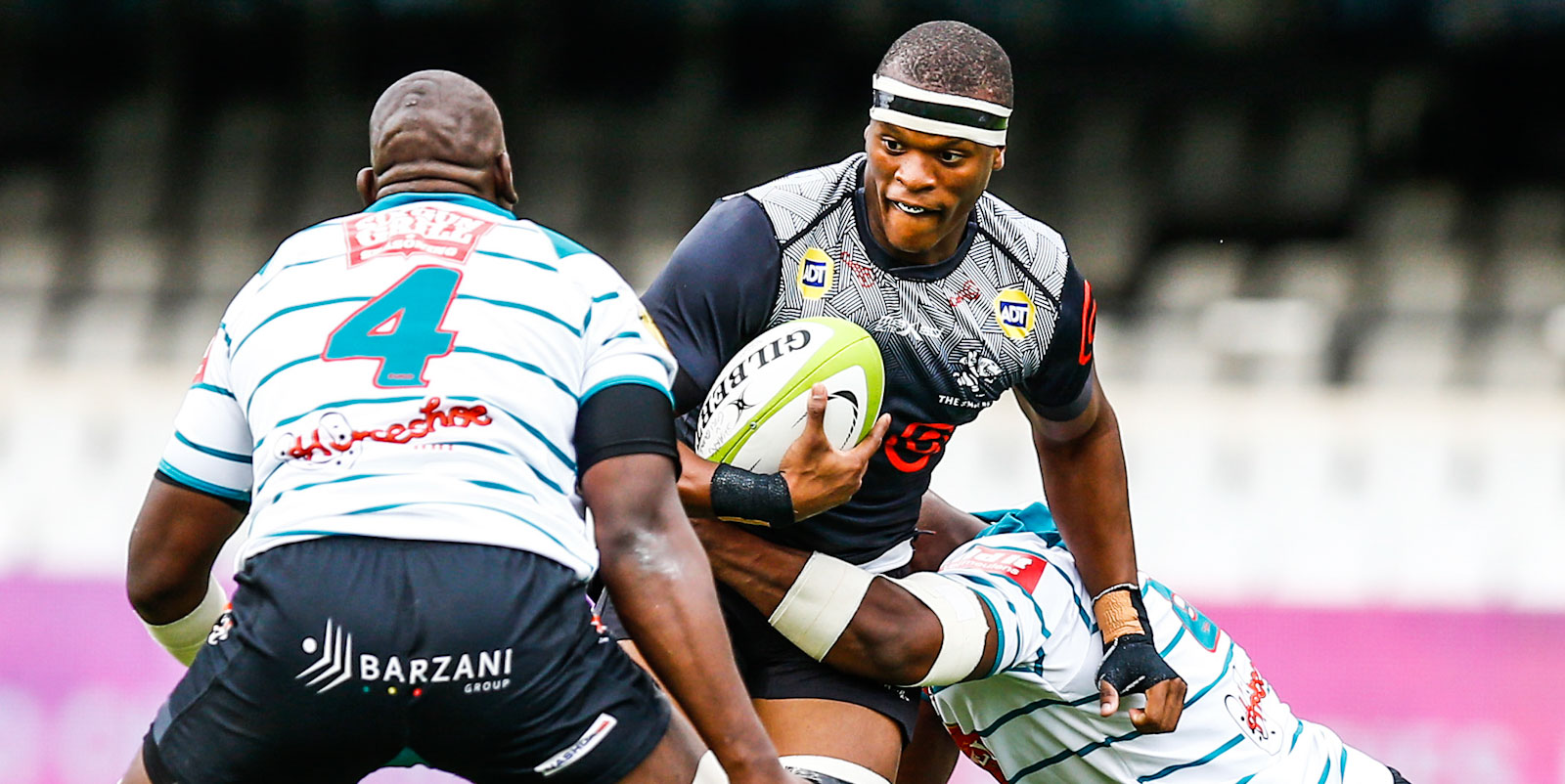 A few promising attacks came to nothing though, but it was no real surprise to see livewire flanker, Gideon van der Merwe, bursting through after 20 minutes. Stefan Ungerer (scrumhalf) had a strong burst and when he was held up, Van der Merwe ripped the ball from his own player and ran 20m to score.

George Whitehead converted and had a first penalty shot at goal after 30 minutes. He left the long-range effort short, but after a strong Tafel Lager Griquas scrum got rewarded two minutes later, the flyhalf kicked a much easier effort to extend the lead to 10 points.

The home side were not thrown off their stride though and Anthony Volmink (wing) scored after good game management by the Cell C Sharks. They kept possession and attacked the Tafel Lager Griquas lineout, with Volmink running in untouched after several drives. Manie Libbok (flyhalf) converted to make it a three-point game at the break.

Tafel Lager Griquas had two attacking lineout drives stopped by the Cell C Sharks early in the second half and the home side almost got away on a counter-attack, but for a handling error with the try-line begging.

The visitors worked their way upfield, but Whitehead dragged another long-range penalty effort past the posts.

The Cell C Sharks were awarded a penalty try after 55 mins when Ungerer slapped down the ball with a number of opponents in a try-scoring position and that unfortunate incident not only cost the scrumhalf 10 minutes in the bin, but also handed the lead to the home side for the first time.

That lead was extended three minutes later when Aphelele Fassi (fullback) was worked into space after a good counter-attack by the men in black. Libbok kicked a good conversion and with a 21-10 lead the last 20 minutes looked promising for the Cell C Sharks.

With more ball possession and most of that on the front foot, the Durbanites' backs were starting to dominate their Tafel Lager Griquas counterparts, who were a man short. It was no surprise that from such enterprise, Thaakir Abrahams was worked over in the corner with the replacement winger's try converted by Jordan Chiat, who took over the flyhalf duties from Libbok.

Chait was soon a try-scorer as well, as he ran on to a blistering Fassi break. The conversion pushed the lead to 35-10.

The Kimberley side's afternoon was further spoiled when Tinus de Beer was yellow carded for a high tackle, leaving them with six backs for the remainder of the match.

Ulster have their work cut out in Guinness PRO14

Ulster will have their work cut out when they host Leinster in the plum fixture in the next round of the Guinness PRO14 after missing out on a valuable bonus point for a full house of five log points against Ospreys over the weekend.

World Rugby has made the difficult decision to recommend the postponement of Rugby World Cup 2021, scheduled to be hosted in New Zealand between 18 September to 16 October, until next year. The recommendation will be considered by the Rugby World Cup Board and World Rugby Executive Committee on 8 and 9 March respectively.