The defending Rugby World Cup-champion Springboks were drawn in Pool B for the next edition of the four-yearly global showpiece, to be hosted in France – where the South Africans lifted their second world crown in 2007.

A week after their opening 2023 RWC match, the Springboks will line up for their second pool match on Sunday, 17 September against a yet to be determined opponent from Europe (Europe 2) at the Stade de Bordeaux.

And another six days later, on 23 September, the Boks and Ireland will clash for the first time ever at a RWC when they meet at the Stade de France in Saint-Denis on the outskirts of Paris, the scene of the South Africans’ memorable triumph over England in the 2007 final.

The Boks then return to Marseille for their last group match against an Asian-Pacific 1 qualifier in the Stade Velodrome on 1 October.

Springbok coach Jacques Nienaber welcomed the confirmation of the 2023 RWC match dates and venues and said it will now give more direction in their advance planning for France. 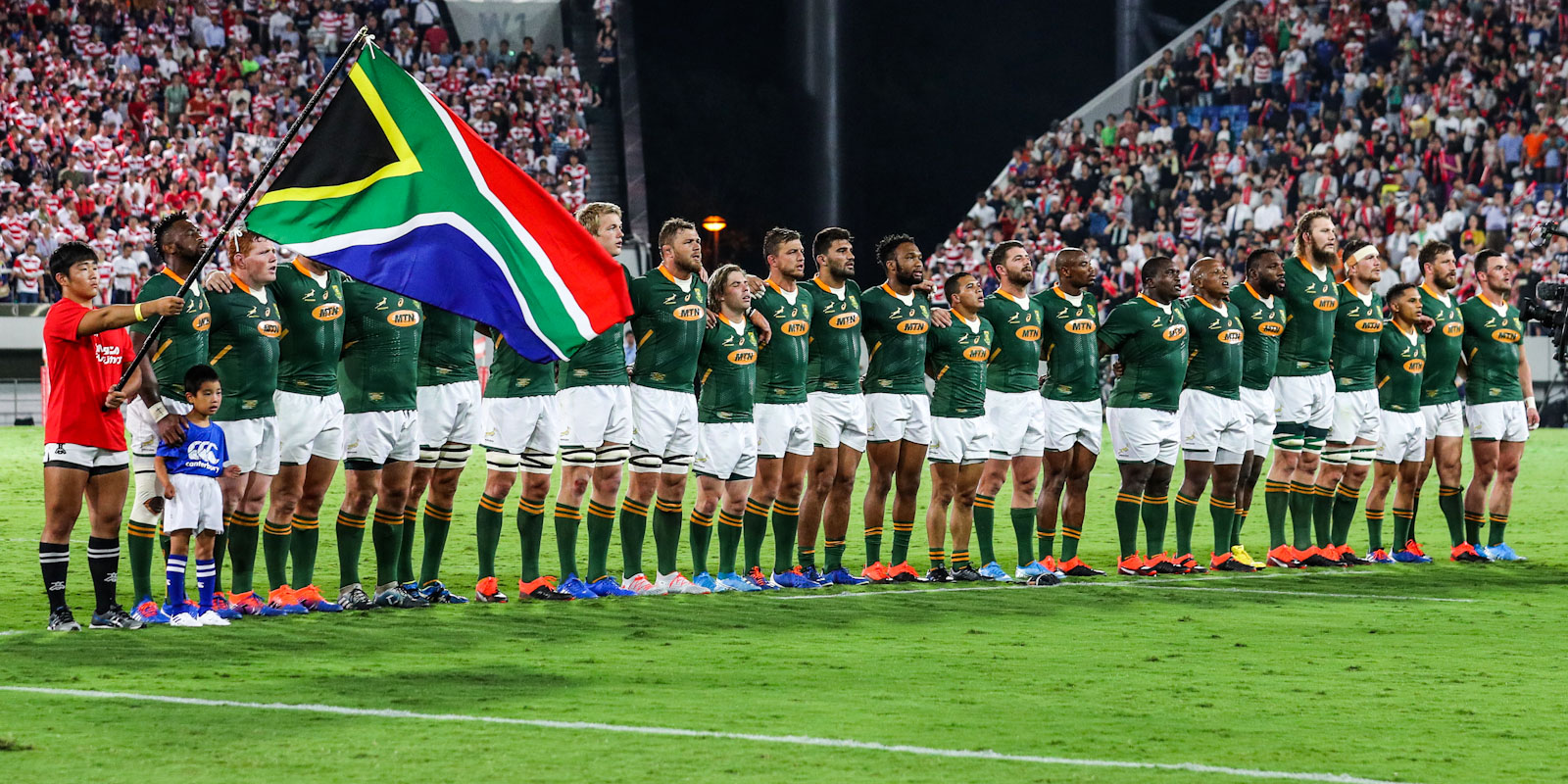 Lining up for the South African anthem

“Friday's announcement is a very important milestone in our planning phase for the 2023 Rugby World Cup,” explained Nienaber.

“With the match dates and venues now confirmed, the coaching and management staff have a very clear idea of the overall squad preparations and logistics. For instance, the schedule gives clarity on the number of turnaround days between matches, which in turn will influence our player welfare strategy for the squad.

“And because the game venues have been allocated, it means we can kick on with more intense planning around our logistic operations for items such as team base camps, ” added Nienaber.

In Scotland and Ireland, the Springboks face two of world rugby's most formidable teams in the space of 13 days in the group phase, however, Nienaber cautioned that every match will be vital in the preliminary stage.

“Like I said at the time of the draw, to be in the same pool as Ireland and Scotland will be a massive challenge, but to win the tournament, you have to be able to beat all the teams and we will be properly tested in the pool phases,” said the Springbok coach.

“The margin for error at any stage of the RWC is very small, so we will plan for every scenario, including a very tough last pools game against an Asian-Pacific qualifier which might be one of Samoa or Tonga.” The 2023 RWC showpiece starts on Friday, 8 September and the final is scheduled for Saturday, 28 October 2023 in the French capital of Paris.

The pool phase will consist of a round robin in which each team shall play each other within the pool once. There will be 10 matches played in each pool, for a total of 40 matches in the pool phase of the tournament.

The semi-final matches will be contested by knock-out matches in Stade de France on Friday 20 and Saturday 21 October, as follows:

The Bronze Final and Final will be played at Stade de France on Friday 27 October and Saturday 28 October, respectively.

New recruits Schalk Ferreira (prop) and Rynier Bernardo (lock) were both included in the Toyota Cheetahs' starting line-up for their 2021 Kick-Off Pools match against the DHL Stormers at Cape Town Stadium on Saturday afternoon, while experienced Springbok scrumhalf Ruan Pienaar is set to return to action off the bench.