The Cell C Sharks and Phakisa Pumas will kick off the competition in Durban at 19h00 on Friday.

The action continues on Saturday with Tafel Lafel Lager Griquas hosting the Xerox Lions in Kimberley at 16h30 and the North-South derby between DHL Western Province and the Vodacom Bulls in Cape Town at 19h00.

The defending Carling Currie Cup champions, the Toyota Cheetahs, have a bye.

With the entire Vodacom Super Rugby Unlocked log being carried over into the Carling Currie Cup, the Vodacom Bulls will enter the competition with a four-point lead over DHL Western Province and the Cell C Sharks, who have each earned 19 points.

The Toyota Cheetahs trail by a further two points (17) and the fifth-placed Xerox Lions are on 12 points. But the real pressure will be on the Phakisa Pumas and Tafel Lager Griquas, who are at the foot of the standings on seven and three points respectively.

The Cell C Sharks, who come off an enforced break after their match was cancelled last week due to COVID-19 protocols, will be hunting their fourth successive victory this season when they take the field against the Phakisa Pumas in Durban.

However, they will be wary of the visitors who won the Carling Currie Cup match-up between the sides last year, and who have shown promise in their performances this season.

Jeremy Ward will lead the Cell C Sharks, while the inclusion of Thomas du Toit – a RWC winner with the Springboks last year who has been out of action due to injury since late last month – is one of a number of changes to their pack.

Former Junior Bok JJ van der Mescht moves from lock to the side of the scrum for this encounter, while Thembelani Bholi moves to No 8. There is only one change in the backline where Manie Libbok comes in for Anthony Volmink at fullback.

Phakisa Pumas coach Jimmy Stonehouse made six changes to his starting team, one of which was a positional switch, while he picked five new players in his starting team from the side that went down 21-5 against the Vodacom Bulls last week.

There are three new starters in the backline, and three changes upfront, one of which is a positional switch for Francois Kleinhans. HJ Luus will start at hooker for Tafel Lager Griquas

Xerox Lions target win to claw their way up the standings

The Xerox Lions will be determined to close the gap between themselves and the top four teams on the Carling Currie Cup log with an eye on playing their way into contention for a semi-final spot later in the season when they face Tafel Lager Griquas in Kimberley on Saturday.

The Johannesburgers have a favourable track record against the Kimberley outfit in the Carling Currie Cup, losing only nine matches against them since 1997 – the last of which was in 2016.

Tafel Lager Griquas, however, will draw inspiration from the fact that seven of those nine wins were on their home patch.

In fact, they went down by a single point against the Xerox Lions in the competition in Kimberley last season, while they also tested the Cell C Sharks and Phakisa Pumas thoroughly at home in the last few weeks during Vodacom Super Rugby Unlocked.

Zak Burger will make his Carling Currie Cup debut as captain for Tafel Lager Griquas after leading the side in a number of Vodacom Super Rugby Unlocked matches.

James Verity-Amm (fullback), Daniel Kasende (wing), Adre Smith (lock) and HJ Luus (hooker) will all make their debuts, while Johan Momsen – who has made his mark at lock in the past – will start at No 8 in a bold move by coach Scott Mathie who himself makes his coaching debut in the competition.

The Xerox Lions bulked up their forward pack with Springboks Jaco Kriel (flanker), Willem Alberts (lock) and Ruan Dreyer (prop) for their first match in three weeks. The only change in the backline was at fullback where EW Viljoen fills the void left by Gianni Lombard, who ruptured knee ligaments.

“We’re excited to take the senior guys to Kimberley this week,” said Xerox Lions captain Elton Jantjies. “We all grew up with the Currie Cup, so there’s a nice energy around it.

“It is exciting starting with a new competition. The group has improved quite a lot, and there is an excitement to just get back out there and play again.” 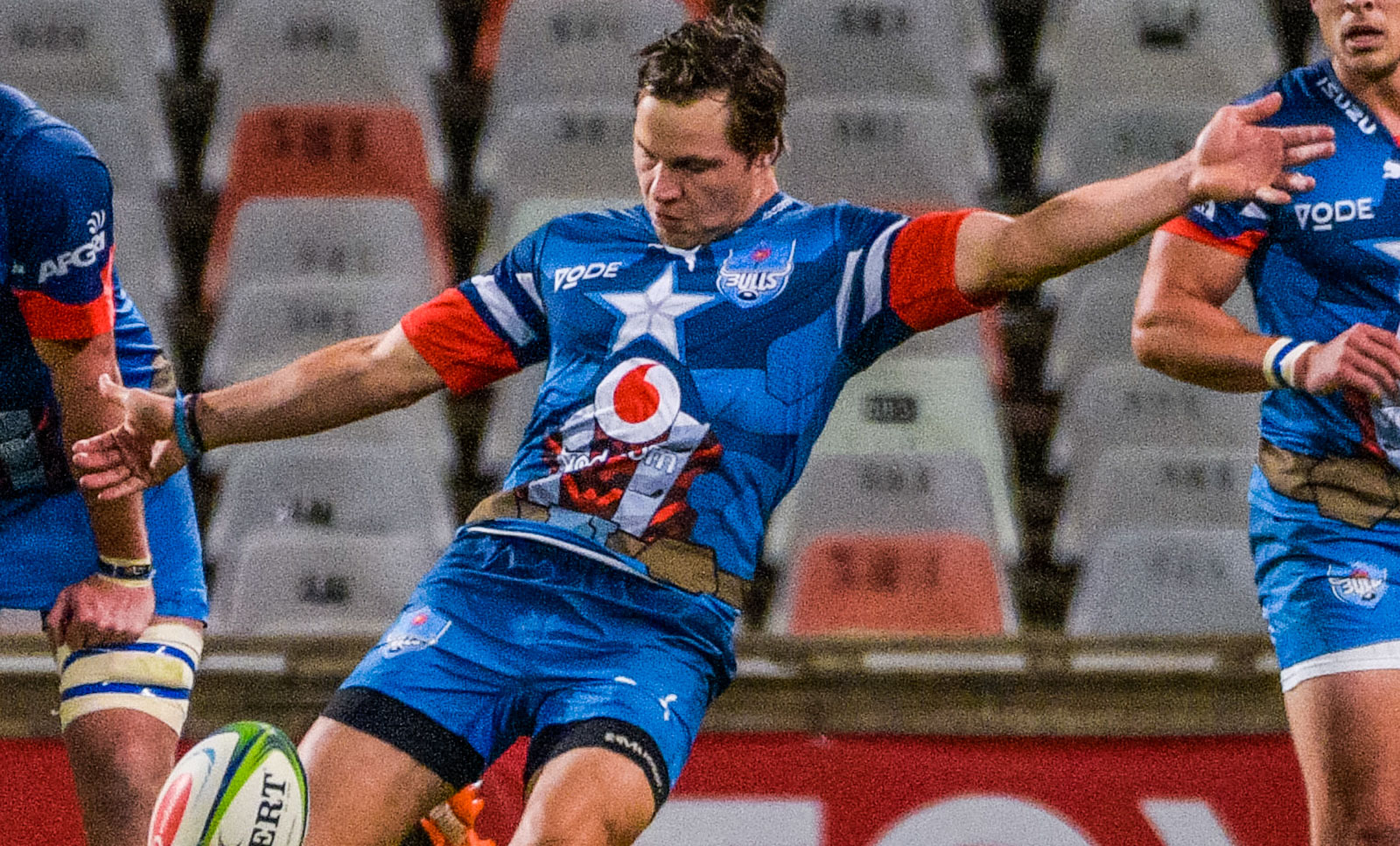 The Vodacom Bulls, who claimed Vodacom Super Rugby Unlocked honours last weekend, will have their sights set on their first Carling Currie Cup victory against their southern rivals, DHL Western Province, since 2016 when the sides meet in Cape Town on Saturday.

The visitors will have all the motivation they need to win with a four-point lead at the top of the standings, confidence from a comprehensive 39-6 victory against the Capetonians in October and a four-match winning streak counting in their favour as they switch their focus to securing their first Carling Currie Cup title since 2009.

However, they will be bracing themselves for a physical onslaught from a fresh DHL Western Province team who won their last two matches and who will be well aware of the fact that a bonus point victory could push them to the top of the log.

“We cannot think of a better way to start this competition than against the Vodacom Bulls at DHL Newlands,” said DHL WP head coach John Dobson.

“We are happy to welcome some key players back from injury and will be going all-out to make a positive start in the DHL Western Province jersey.”

Vodacom Bulls Director of Rugby Jake White tweaked his match day squad with the inclusion of Johan Grobbelaar at hooker, while Chris Smith retains the No 10 jersey after an impressive showing last week.

"We achieved our first goal of the post-pandemic season and now we shift our focus to securing the Currie Cup with a massive target on our backs," said White.

"There are a few teams that can travel to Newlands as favourites, which makes our job harder. Couple that with the fact that Western Province are always a difficult team to face, home or away, and fans can expect a true old school North-South Derby."

Up for grabs - the Currie Cup

The Carling Currie Cup champion will be the team that wins the final on 23 January 2021 – the top four teams on the log will progress to the semi-finals (the top-placed will host the team that finishes fourth and the second placed team, the team finishes third), with the final hosted by the winning semi-finalist who finished highest on the log.

In the event of two or more teams being equal on log points for any position on the standings, either during or at the end of the season, such position will be decided upon using the following steps until the tie is broken:

Zak Burger will make his Carling Currie Cup debut as captain for Tafel Lager Griquas on Saturday when he will lead the Kimberley side onto the field in their opening match against Xerox Lions.

Grobbelaar back for Vodacom Bulls' trip to CT

Johan Grobbelaar makes a return to the Vodacom Bulls pack and will start at hooker for their opening Carling Currie Cup clash against DHL Western Province at DHL Newlands on Saturday.

Phakisa Pumas coach Jimmy Stonehouse made six changes to his starting team for their opening Carling Currie Cup match against the Cell C Sharks in Durban on Friday.

Springbok captain Siya Kolisi is back from injury and will lead DHL Western Province in their opening Carling Currie Cup match against the Vodacom Bulls in Cape Town on Saturday.