The teams scored three tries apiece as the lead changed hands several times, however, it was the crucial kick by flyhalf Chris Smith - to convert a late try by replacement Marco Jansen van Vuren - that clinched the match for men from Pretoria.

Jake White's Vodacom Bulls showed enormous courage to emerge as winners of this hard-fought North versus South derby considering they had to play almost the entire second half with 14 men as a result of the red card shown to front ranker Jacques van Rooyen.

Flyhalf Damian Willemse had an erratic night with the boot and the home pivot missed several penalty attempts and a couple of conversions.

The Cape side enjoyed a 10-5 advantage at the break, having scored a converted try and a penalty goal to the visitors unconverted try that opened the scoring.

However, the second half burst into thrilling action, with both sides determined to clinch the bragging rights of this prestigious derby encounter.

It was the Vodacom Bulls who were first off the mark when scoring the first try of the match initiated by inside centre Cornal Hendricks. The former Springbok sliced open the home defence with a strong inside break and then floated his pass to the speeding Kurt-Lee Arendse out wide for the youngster's first try of this famous competition. 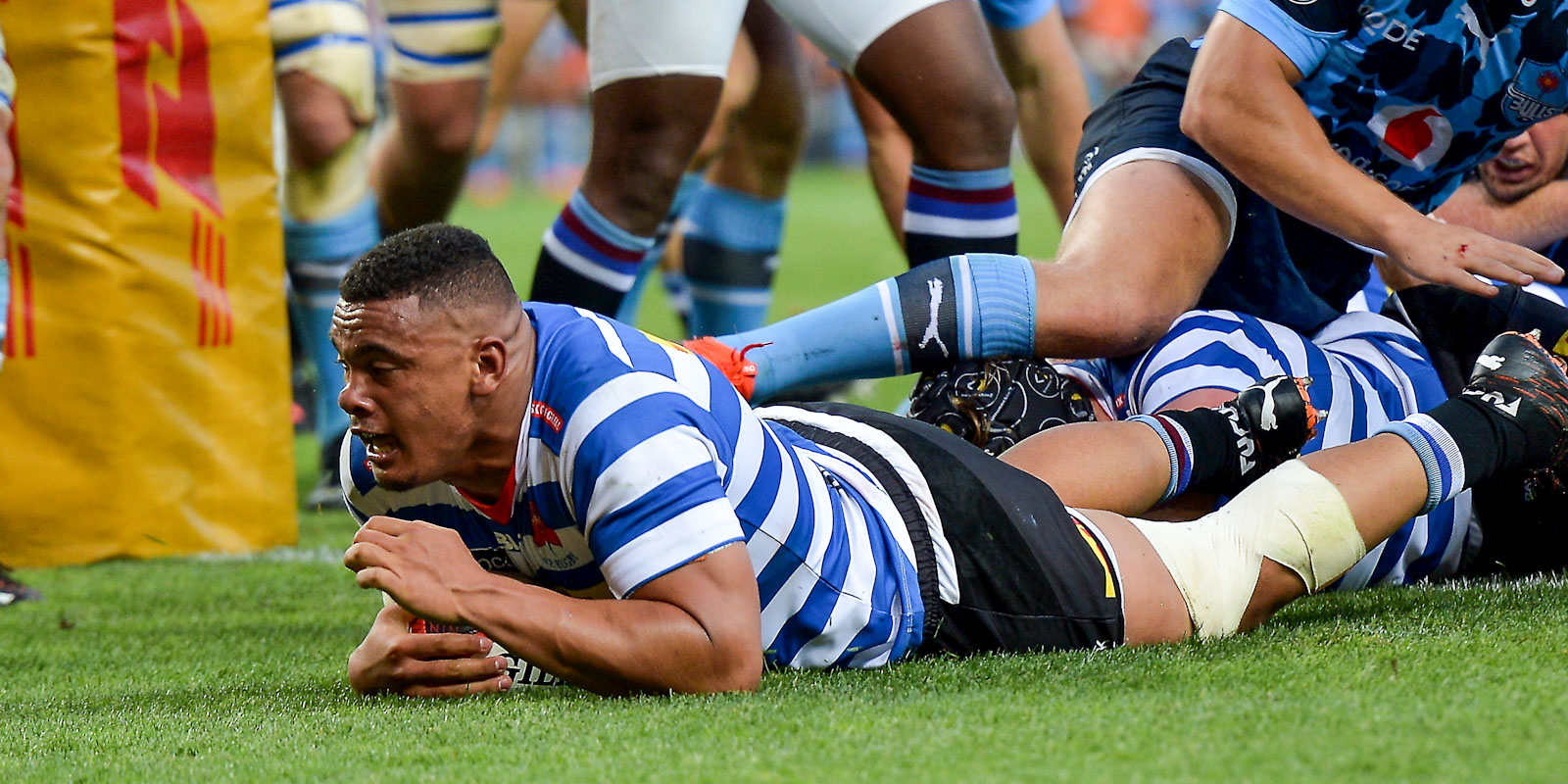 Juarno Augustus crashes over the line.

The response of the home side was immediate. From an attacking scrum and then a penalty right in front of the poles, Willemse easily slotted over to put his side on the scoreboard (5-3). The Cape outfit then dominated possession and territory, but they squandered several promising opportunities to gain more points.

Willemse missed the mark with two close-range penalty kicks, sending his attempts wide either side of the poles in the swirling southeaster wind.

Then winger Angelo Davids couldn’t hold onto a difficult pass from fullback Warrick Gelant following a slick backline move. Minutes later, No 8 Juarno Augustus was stopped just short of the line by a timely Bulls tackle.

They DHL WP eventually got their reward when the impressive former Junior Bok Augustus barged over following a sustained number of attacks on the opposing try line. Willemse hit the mark with the conversion kick to put the home team 10-5 ahead just before the break.

Smith narrowed the DHL WP lead to 10-8 when he judged his penalty goal kick to perfection, kicking to into the wind to bend the ball through the poles. However, the Vodacom Bulls were then reduced to 14 players when prop Jacques van Rooyen was red carded for making contact to the head in a tackle on Gelant. 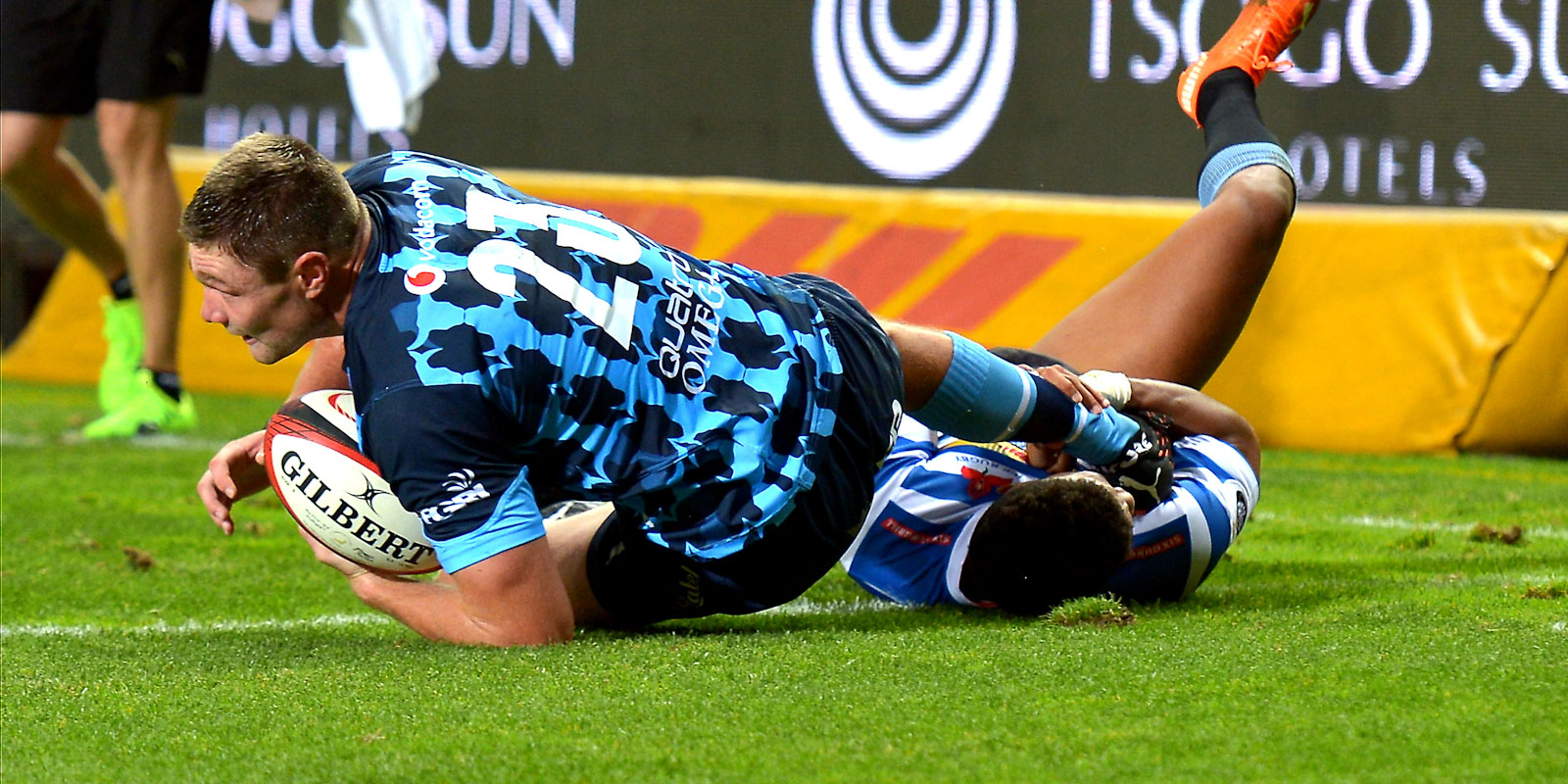 With the visiting team making inroads it was however the home side who scored against the run of play. Replacement centre Ruhan Nel intercepted inside his own half and following a long-range grubber kick by Willemse, it was competition debutant Davids who used his speed to pounce on the ball for his first Carling Currie Cup try.

This try saw the home side increase their advantage to 15-8 halfway through the second stanza.

The Vodacom Bulls made several attacking forays and the pressure paid off when Stedman Gans did well to draw his defender, creating the space for Arendse to easily run in for his second try of the evening.

However, the visitors couldn’t not keep the home side at bay and from the next move they conceded another try when Nel fed flanker Ernst van Rhyn over the line for another home team try in the corner (20-15).

But the lead changed hands crucially once more when, after his forward had done the hard work upfront, Smith executed a pinpoint kick pass to find Jansen van Vuren who dived over for his try in the corner. Smith succeeded with the vital conversion kick to hand his side the two-point winning margin.