Such is the impact the Springbok Women’s lock has made on the field, she was the top points and try scorer for the South Africans in the Rugby Africa Women’s Cup in 2019, which doubled up as the 2021 Rugby World Cup Qualifier, scoring seven tries – with hat-tricks in two of the three matches – for an impressive total of 35 points.

Born in the rural Bungeni Village near Louis Trichardt in Limpopo, Mkhari had to travel to a neigbouring village to play rugby socially with a group of schoolgirls, and essentially learned to play the sport by watching matches online.

The lessons learned on and off the field have not only allowed her to make a living as a rugby player, it also inspired her to take up her studies – a Bachelor of Science in Recreation and Leisure at University of Venda, where she is currently in her final year.

Her self-belief and determination to succeed makes Mkhari the Springbok Women’s third ‘Unstoppable’.

“When I was young, long before I started playing rugby, I had a dream of wearing green and gold representing South Africa,” said Mkhari.

“I tried my luck in athletics, but along the way I was exposed to rugby and I immediately saw the opportunity and possibilities to play for the national team.

“Rugby has made me who I am today.

“I knew at high school level that I wanted to make a career of rugby, and the opportunity to travel through the sport made me realise that I need a career after rugby so that I can fulfil my dreams of going to new and exciting places and make something more of my life. 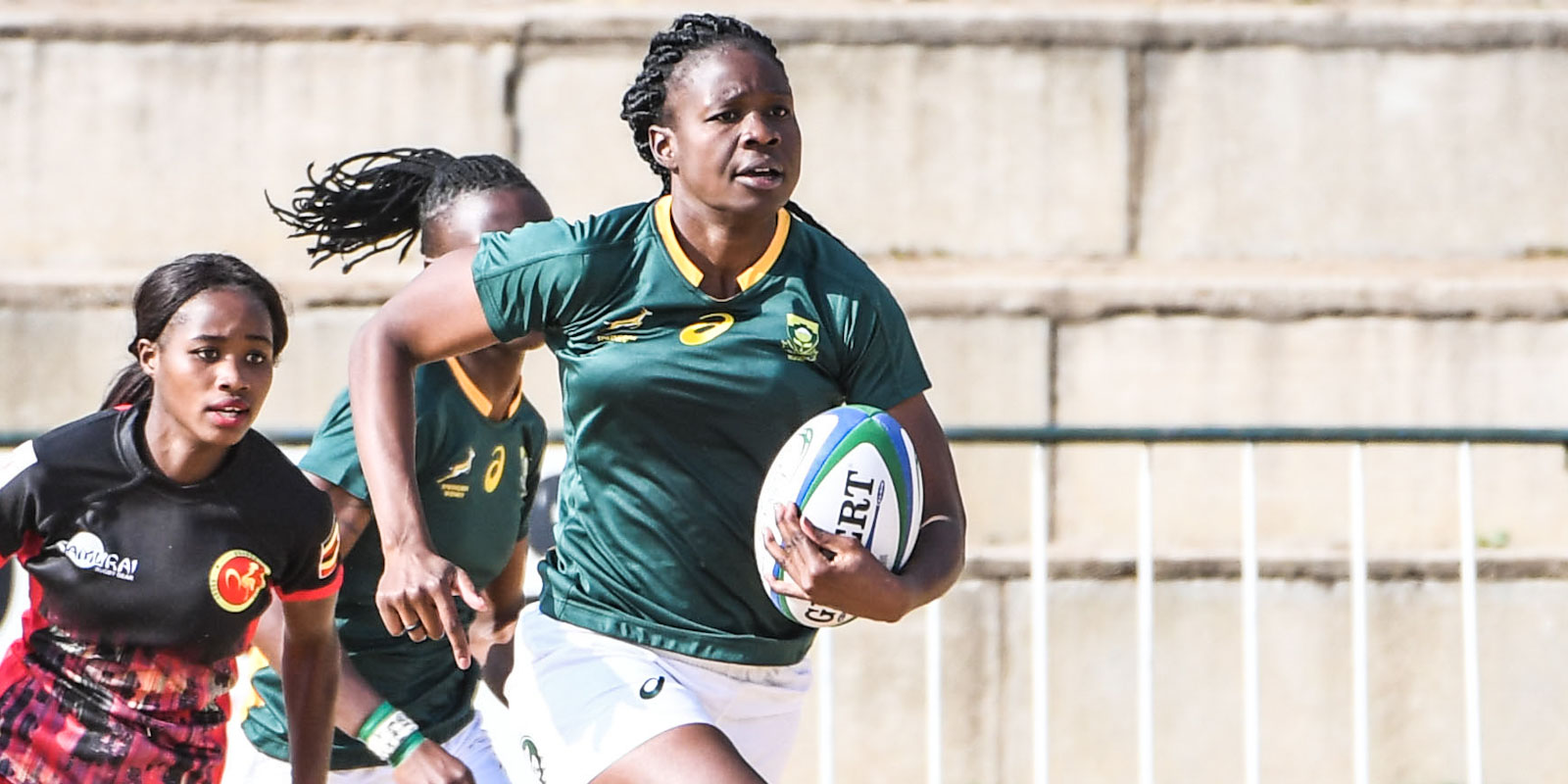 “In fact, if it wasn’t rugby, I wouldn’t have been at university today.

“Rugby also shaped my personality and taught me valuable lessons, which I have been able to apply to my life in general.”

Explaining what it took for her to participate in rugby, Mkhari said: “The biggest challenge to get to where I am today was probably the fact that I basically had to learn to play rugby on my own initially.

“Long distance running was my sport of choice when I was growing up, and one day while I was out for a jog I met a few rugby players, and they asked me to join their team at a neighboring school.

“I used to watch videos of the sport when I got home because there was no coach nor rugby facilities in my village.”

Mkhari prides herself on her mental strength and determination – factors she believes has contributed to making her ‘Unstoppable’.

“My high work ethic and dedication both in terms of my eating and training have been vital in building my career,” she said. “I constantly strive to improve my skills and develop new ones, and I always give my all on the field.” 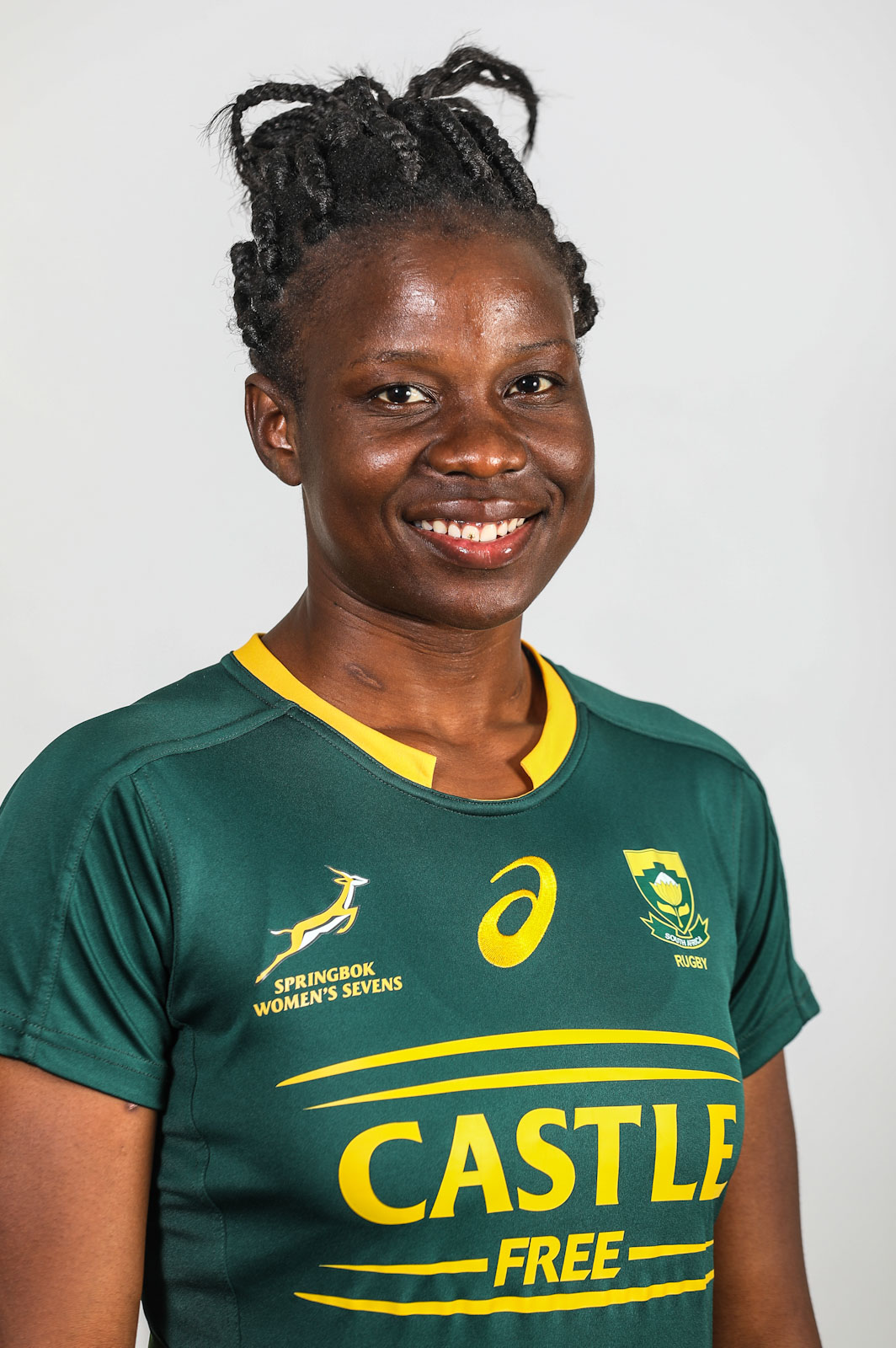 Main interests outside of rugby: Shopping.

Your role models (who and why): I don’t have a role model. Instead I try to focus on myself and to always be the best version of myself.

What makes you Unstoppable: My high work ethic and my dedication both in terms of nutrition and training. I constantly strive to improve my skills and develop new ones on the field, and I always give my all on the field. Another valuable trait is my ability to shut out negativity and to focus on the positives instead.