The top Under-16 and Under-18 girls rugby players in the country will start the highlight of their annual season this week when the SA Rugby U16 & U18 Girls Weeks kick off in Welkom on Monday.

The showpiece tournament did not take place in 2020 and 2021 due to the COVID-19 pandemic and the return to action of the top girls, at the HT Pelatona Projects Stadium, is eagerly awaited.

One of those who will be keenly observing the talent on display, will be SA Rugby Women's Under-20 coach, Laurian Johannes-Haupt, as the U18 group will provide the next group of players to be invited into camp, while the U16s will give the coach a clear idea of the talent coming through the ranks.

Johannes-Haupt, who also coached DHL Western Province this year and is part of the Springbok Women's management for the Rugby World Cup in New Zealand later this year, said the two year absence of the tournament will have an effect on the assembly of her own squad to be selected later this year.

“There can be no doubt that this tournament is starting to bear fruit as a pathway towards the senior national side,” said Johannes-Haupt.

“Sadly, the pandemic took that away over the last two years, but we already had three players from our national squad selected after the 2019 tournament involved in the national team.

“In fact, Alichia Arries has played for South African in fifteens and sevens already, while Luchell Hanekom is in the World Cup training squad and Byrhandre Dolf also attended a number of national training camps. All three were first identified at these weeks.”

Hanekom, who represented Griquas at the 2019 tournament, had been invited to the national camp earlier this year and was on the bench for the Springbok Women's test against Zimbabwe last week. She feels the tournament represent the same opportunities for girls as the Craven Week does for the U18 boys.

“It is such a great opportunity to play against other teams from around the country and I want to wish all of them well,” said Hanekom.

“My message would be to enjoy yourself and to celebrate every match. Rugby is such a wonderful game, and this tournament will help in it growing all the time.”

The U18s are only in action on Tuesday, with eight matches in the U16 tournament to be played on Monday. 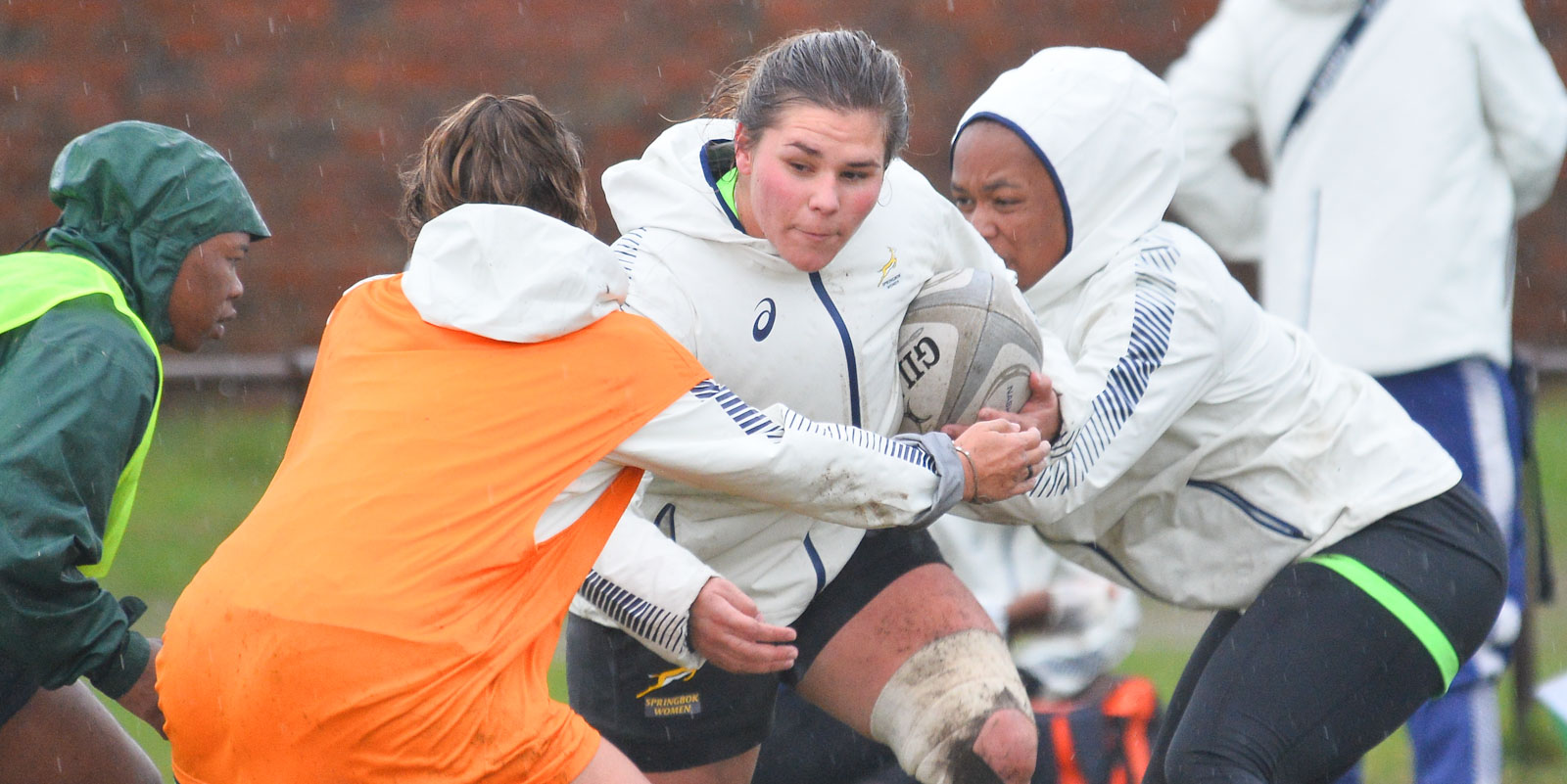 Meanwhile the country's best U16 boys will gather in Kimberley for the SA Rugby Grant Khomo Week, to be played at the Northern Cape Griquas Stadium, the venue of Saturday’s epic Carling Currie Cup final.

The tournament was also a victim of the COVID pandemic in 2020 and 2019. Matches will be played on Monday, Tuesday and Thursday.

SA Rugby's High-Performance Manager for Sevens, Marius Schoeman, who also manages the SA Schools U18 Sevens programme, will be amongst those looking at the talent on display. Actions starts at 08h00 in a full day of rugby.

Talking points from the Junior Boks’ win over England

The Junior Springboks delivered a five-star performance to see off England 30-22 in a pulsating start to the Six Nations Under-20 Summer Series in Verona, Italy on Friday, scoring five tries in total as they ended a run of five straight defeats against the English at U20 level to get their Pool A campaign off to a great start.

The Junior Springboks started their Six Nations Under-20 Summer Series campaign on a winning note when they scored a good 30-22 victory over England U20 in their opening pool match on Friday evening in Verona, Italy.

The Down Touch Griffons ended their 2022 season in perfect fashion with a commanding 45-16 win over Eastern Province at HT Pelatona Projects Stadium in Welkom on Friday, winning the Carling Currie Cup First Division title, having last lifted that coveted trophy in 2017.

Today, exactly 27 years ago, Francois Pienaar led the Springboks to what many believed was an impossible task as they lifted the Webb Ellis Cup in South Africa, and in 77 days, the country will host a second global showpiece when the Rugby World Cup Sevens kicks off in Cape Town.