Lions hold out Cardiff for first win of the year

The Emirates Lions secured their first win of the year in the Vodacom United Rugby Championship on Sunday, as they held on in a tense clash against Cardiff at Emirates Airline Park to secure a 37-20 bonus-point victory.

The win will certainly boost the Emirates Lions' confidence as the northern hemisphere teams travel south in the next few weeks as the SA sides try to make the most of their home ground advantage.

The Johannesburgers built up an encouraging 24-13 lead in the first half with Edwill van der Merwe (wing) scoring a brace to add to an early try by Morne van den Berg (scrumhalf) and a penalty goal by Jordan Hendrikse (flyhalf), while they limited the hosts to a converted try and two penalty goals by Jarrod Evans (flyhalf).

The second half was a tougher affair as both teams tried hard to breach the defence, and in the end each team only managed to breach the defence once with Cardiff No 8 James Botham and Emirates Lions flank Vincent Tshituka, while Hendrikse slotted two more penalty goals to see the team to a rewarding victory.

Van den Berg scored the opening from pick and go in ruck in the second minute, and Cardiff hit back with a penalty goal four minutes later to reduce their deficit to four points.

Hendrikse added his second penalty goal in the eighth minute, but this was cancelled out by Cardiff as they added their second three-pointer to see them trail 10-6. 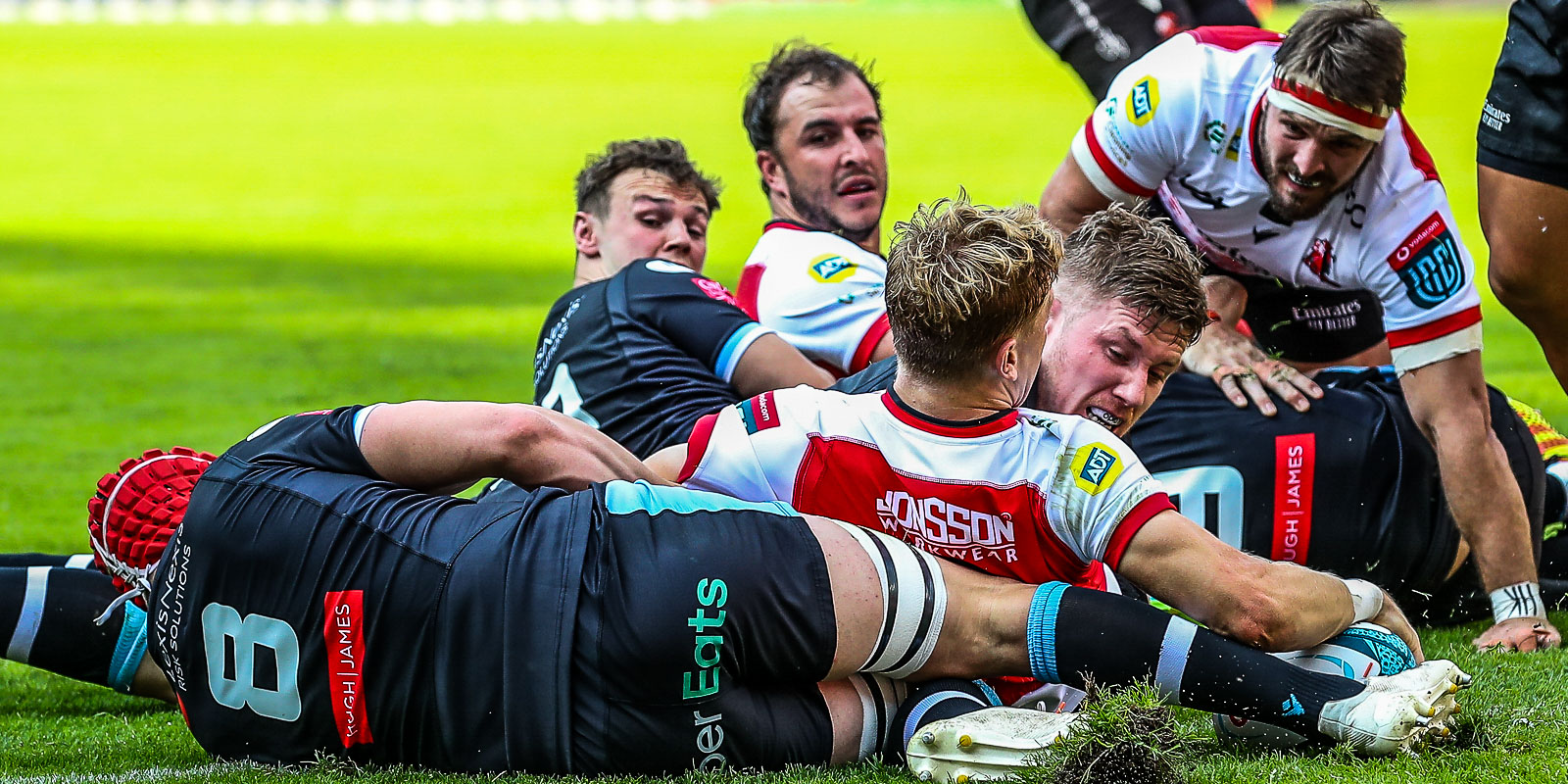 Van der Merwe then stole the show as he scored two tries within eight minutes following some enterprising play by the home team which saw them take a handy 24-6 lead.

Cardiff had an opportunity to score in the 24th minute as Will Boyde (flank) got close to the tryline only to be denied by the TMO. They made up for this soon after with Aled Summerhil diving over the tryline from good forward play in the minute 30th minute, and this saw this saw them trail 24-13, and the score remained at halftime.

The Welshmen came out firing in the second half with James Botham crossing the tryline three minutes after the restart and Evans added the conversion for the extra two points.

Hendrikse added back-to-back penalty goals shortly before the fourth quarter to give the side a 30-20 lead, and they received yet another boost in the 62nd minute as with Kirby Myhill was sent to the sin bin for foul play, reducing the visitors to 14 men.

Both teams tried hard to cross the tryline as the clock wound down, and it was the Emirates Lions who had the final say with Tshituka forcing his way over the chalk at the death to grab the bonus-point and seal victory for the hosts.

The Vodacom Bulls hung in for dear life to beat Munster by 29-24 (half-time 26-3) in a typical game of two halves at Loftus Versfeld to record their fifth Vodacom United Rugby Championship victory of the season, but the men from Pretoria were left ruing a slew of errors which almost cost them.

The Cell C Sharks made the most of their home ground advantage on Friday against the Scarlets in what marked their first match against European opposition in the Vodacom United Rugby Championship, securing a morale boosting 37-20 victory at Hollywoodbets Kings Park.

Springbok utility back Damian Willemse will celebrate a half-century of DHL Stormers caps in the Vodacom United Rugby Championship clash with Zebre Parma in Stellenbosch on Sunday, when Deon Fourie will lead the Capetonians against the visitors from Italy.

The Vodacom Bulls have opted for consistency ahead of their Vodacom United Rugby Challenge encounter against Irish side, Munster Rugby, at Loftus Versfeld on Saturday.

Spain booked their place at Rugby World Cup 2023 with a 33-28 win against Portugal in Madrid on Sunday, booking their spot Pool B alongside the Springboks, Ireland and Scotland.

Lions only unbeaten side left in SA Rugby U20 Cup

The defending SA Rugby U20 Cup champions, the Lions, are the only unbeaten team left in the competition after they beat DHL WP last weekend, while the Vodacom Bulls made a big jump on the standings with a hard-fought win over the Cell C Sharks in Pretoria on Saturday, and the Leopards shocked the fancied Toyota Free State side thanks to brilliant second half display in Bloemfontein.

Ikeys and Maties move up as Shimlas lose again

The University of Cape Town's Ikeys and Maties from Stellenbosch moved to the top two spots on the FNB Varsity Cup standings with good wins on Monday, while early pacesetters, the University of the Free State, lost their second successive game when they went down to NWU-Pukke, and UJ beat Wits in the Joburg Derby.

Defending Carling Currie Cup champions, the Vodacom Bulls, will be hoping to improve their position on the standings from third when they host the second-placed Cell C Sharks in a replay of the last two finals in Pretoria on Wednesday evening as the teams resume action in South Africa’s premier domestic rugby competition.

The Vodacom Bulls hung in for dear life to beat Munster by 29-24 (half-time 26-3) in a typical game of two halves at Loftus Versfeld to record their fifth Vodacom United Rugby Championship victory of the season, but the men from Pretoria were left ruing a slew of errors which almost cost them.