Defending Carling Currie Cup champions, the Vodacom Bulls, will be hoping to improve their position on the standings from third when they host the second-placed Cell C Sharks in a replay of the last two finals in Pretoria on Wednesday evening as the teams resume action in South Africa’s premier domestic rugby competition.

The match at Loftus Versfeld is scheduled to start at 20h00, and will be preceded by two other clashes on a full day of midweek action.

First up, Tafel Lager Griquas host the Sigma Lions in Kimberley (15h30), after which the high-flying Toyota Cheetahs’ home fixture in Bloemfontein against DHL Western Province (17h45). The Airlink Pumas have a bye in this round of fixtures, all of which will be broadcast live on SuperSport.

Only three points separate the top three sides on the league table at the moment – the Toyota Cheetahs and Cell C Sharks both have 18 points from their four wins, while the team from Pretoria has 15 points.

In the previous round of matches played two weeks ago, the Vodacom Bulls flexed their muscles to win a tricky fixture in Kimberley against Tafel Lager Griquas (53-27), while the Cell C Sharks did enough to overcome the nuggety Airlink Pumas in Nelspruit (24-20).

The Toyota Cheetahs, meanwhile, produced a splendid performance to down the Sigma Lions 66-14 to surge to the top of the table and to keep their winning streak intact.

Wednesday evening’s match in Pretoria between the Vodacom Bulls and the Cell C Sharks is a repeat of the 2021 Carling Currie Cup Final, which was also played at Loftus Versfeld, where the men from Pretoria comfortably won to retain the famous trophy they also won at home in 2020.

The Vodacom Bulls have lost only one of their previous four matches to date, a 38-25 reverse to the table-topping Free Staters at the beginning of February. While both teams have very good squad depth, the men from Pretoria might fancy themselves as favourites because of their home ground advantage on the Highveld. 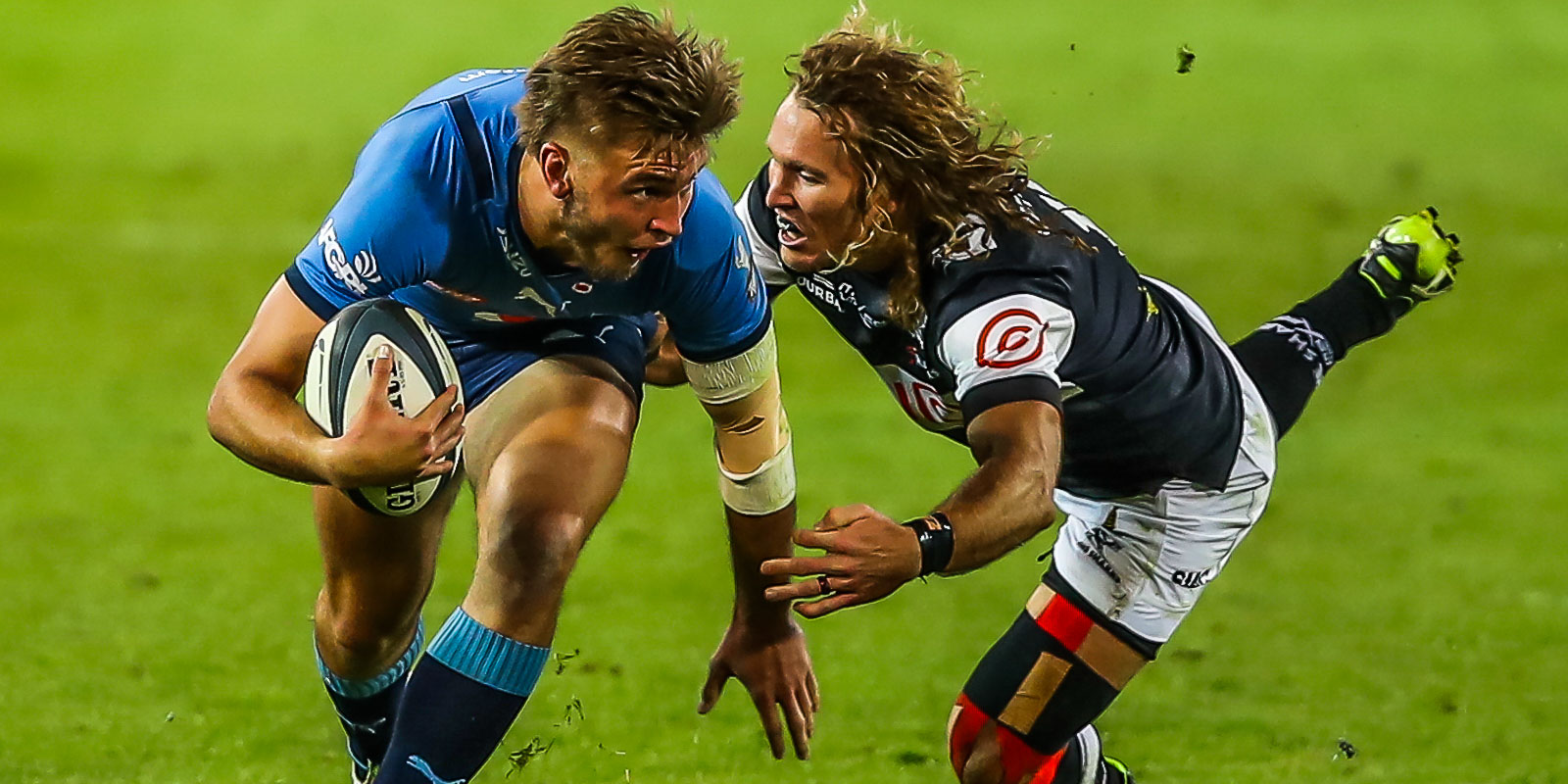 The Vodacom Bulls and Cell C Sharks square off in a replay of the Carling Currie Cup Finals for 2020 and 2021.

With their two experienced Springboks, Frans Steyn and Ruan Pienaar, both influential figures so far in their previous four matches, the Toyota Cheetahs must be regarded as favourites for their home game against DHL WP, who are currently fifth on the log with one win from their four encounters.

The two teams managed to win a game apiece during last year’s regular fixtures – the Toyota Cheetahs took the spoils 38-21 in Bloemfontein, while DHL WP edged the white jerseys 40-39 in a thriller in Cape Town.

While the Free Staters have managed to win all four of their 2022 matches to date, including a hugely significant away win over the Vodacom Bulls, the Cape side could only manage to beat the last-placed Sigma Lions for their only win in four games.

Pienaar, still as lively as ever in the No 9 jersey for the Free State side, sits second on the top-scorers list (with 43 points) behind Tafel Lager Griquas’ kicking machine Zander du Plessis (70 points).

Du Plessis will again be an influential figure for the men from the Northern Cape when they welcome to team from Johannesburg to Tafel Lager Park.

It is never easy to play Peacock Blues on their home turf in Kimberley and the Sigma Lions will have to show a huge improvement if they want to achieve any success in the Diamond City.

Last year, the Sigma Lions edged Tafel Lager Griquas y 45-42 in a superb match in Kimberley, after they lost at home to the men from the Northern Cape (31-41).

Spain booked their place at Rugby World Cup 2023 with a 33-28 win against Portugal in Madrid on Sunday, booking their spot Pool B alongside the Springboks, Ireland and Scotland.

Lions only unbeaten side left in SA Rugby U20 Cup

The defending SA Rugby U20 Cup champions, the Lions, are the only unbeaten team left in the competition after they beat DHL WP last weekend, while the Vodacom Bulls made a big jump on the standings with a hard-fought win over the Cell C Sharks in Pretoria on Saturday, and the Leopards shocked the fancied Toyota Free State side thanks to brilliant second half display in Bloemfontein.

Rugby enjoyed a stellar night at the South African Sports Awards in Durban on Saturday, collecting five titles – in the Team, Coach, Player, Federation and People’s Choice categories – to underline a period in which the Springboks claimed the title of world champions and won a pandemic-ravaged Castle Lager Lions Series.

Seabelo Senatla scored a hat-trick of tries as the DHL Stormers surged into playoff contention in the Vodacom United Rugby Championship with a brilliant 55-7 (half-time 33-0) bonus-point victory over Italian club Zebre Parma in Stellenbosch on Sunday evening.

The Vodacom Bulls bounced back to winning ways as they ended the Cell C Sharks' unbeaten run in the Carling Currie Cup with a solid 35-21 victory at a wet Loftus Versfeld in Pretoria on Wednesday evening.

Cheetahs too strong for WP in Bloemfontein

The Toyota Cheetahs flexed their muscles with a much-improved second half performance to register a well-deserved 24-17 Carling Currie Cup victory over a youthful DHL Western Province in Bloemfontein on Wednesday evening.

Griquas run Lions off their feet in Kimberley

Tafel Lager Griquas returned to winning ways in emphatic fashion as they stormed to a 49-17 victory over the Sigma Lions in their Carling Currie Cup clash in Kimberley on Wednesday afternoon.

Two Blitzboks in SA U23 Sevens team to face Zimbabwe

The South African sides will target another strong round in the Vodacom United Rugby Championship this weekend after a morale-boosting start to the home leg of the competition last week as the scramble for play-off places intensifies.

The Vodacom Bulls bounced back to winning ways as they ended the Cell C Sharks' unbeaten run in the Carling Currie Cup with a solid 35-21 victory at a wet Loftus Versfeld in Pretoria on Wednesday evening.