It was a proper try-fest in the Carling Currie Cup Premier Division this weekend, with 28 five-pointers scored in three matches, indicating a clear attacking mindset amongst the six teams in action in Kimberley, Durban and Cape Town.

Victory by the Cell C Sharks over the Vodacom Bulls saw them move top of the standings, while the Sigma Lions boosted their play-off hopes with victory against Tafel Lager Griquas, as did DHL Western Province, who came from behind for their win against the Toyota Cheetahs.

No less than 12 tries, six by each side, were scored in Kimberley on Friday, where the Sigma Lions secured a vital win away from home, beating the Tafel Lager Griquas 45-42 and thereby halting the strong run the Tafel Lager Park team enjoyed in recent weeks.

A strong second half by the Cell C Sharks, with three second half tries in quick succession, saw the Durban side record a 35-28 win over the Vodacom Bulls, who looked set to maintain their lead on the standings after leading 20-13 at the break, but the comeback effort by the KwaZulu-Natalians saw them not only moving past the men from Pretoria on the scoreboard, but also the log.

DHL WP conceded four tries in the opening 40 minutes of their match against their visitors from Bloemfontein, but they recovered brilliantly to edge out the Toyota Cheetahs 40-39 in a thrilling encounter on Saturday.

Earlier in the day, in Welkom, another fightback by a home side saw them live to fight another day, as the Down Touch Griffons overhauled the Valke in the second Carling Currie Cup First Division semi-finals, winning 38-31 after trailing 17-16 at the break.

They will now meet the Leopards in the final in Potchefstroom after the side from North West, who topped the standings after regulation play, secured a home final next weekend with a convincing 52-29 win over Boland on Friday afternoon.

At kick-off, the teams found themselves at the wrong end of the log, but after 80 minutes of breathless action, the hosts had eked out the narrowest of bonus-point wins that saw them move from sixth to fourth in the standings whilst leaving the Free Staters behind in last place.

The Capetonians’ bench did their best Springbok “Bomb Squad” impression, providing game-changing impetus that led to three tries and a match-winning penalty goal by Tim Swiel six minutes from full-time as John Dobson’s charges avenged the 38-21 loss they suffered in Bloemfontein in the sixth round.

A Grant Williams-inspired Cell C Sharks side rediscovered their attacking edge to clinch a 35-28 Carling Currie Cup victory over the Vodacom Bulls in Durban on Friday night.

Reeling after a stinging 37-27 loss to Tafel Lager Griquas last weekend, Cell C Sharks coach Sean Everitt sought a big response from his charges, and they showed fight to trail by just 20-13 at half-time after having just 29% possession and losing a player to a yellow card.

The tables took a drastic turn shortly after half-time as the visitors went down to 14 men. Smelling blood in the water, the Cell C Sharks rediscovered their killer instinct as they scored 19 points in this 10-minute period, which put them on their way to a bonus-point win over the defending champions.

The visitors from Jozi visitors held a comfortable 28-7 lead at the break and secured their four-try bonus-point before the interval. However, the Kimberley side came storming back with five second half tries to take the match right down to the wire.

Fortunately for the Sigma Lions, they managed to bag two themselves, with a Jordan Hendrikse penalty goal halfway through the second half proving vital for the visitors in the end to secure second win of the competition and first one on the road. 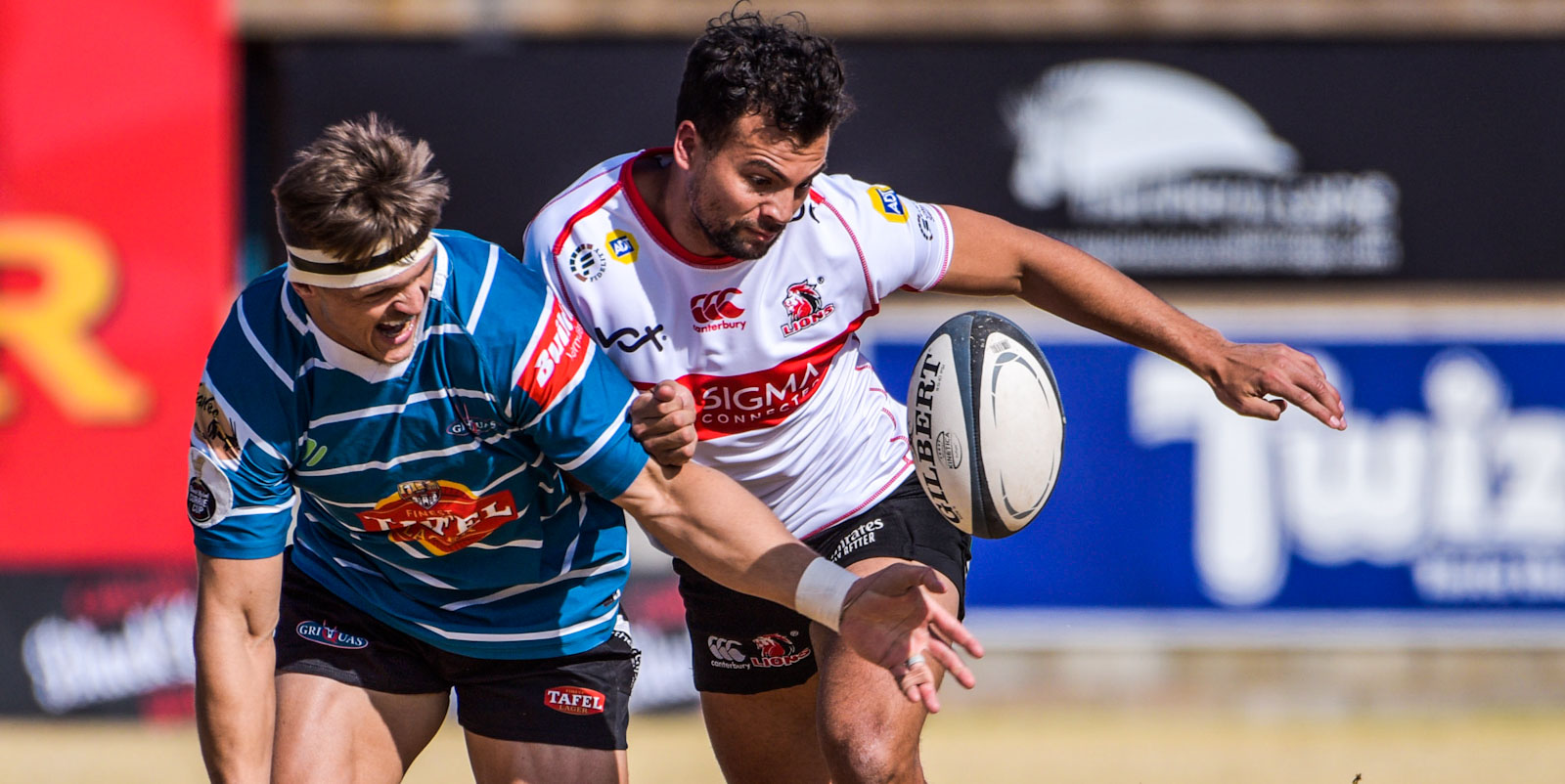 There is no rest for the wicked in the Carling Currie Cup, as five of the six teams that played this weekend are in action again on Wednesday.

The Cell C Sharks face a tough challenge if they are to keep their spot at the top of the standings when they travel to Nelspruit to take on the New Nation Pumas, who need a win to stay in touch with the top sides on the standings.

The Durbanites will arrive in the Lowveld high on confidence though after their good win on Friday over the Vodacom Bulls, but they will not make the mistake of under-estimating their hosts, who have shown they can rise to the occasion if needed.

The Vodacom Bulls return to Fortress Loftus for an equally tricky game against Tafel Lager Griquas. These two teams currently occupy second and third on the log respectively and victory will go a long way in ensuring they remain in the hunt for home ground advantage in the semi-finals.

Wednesday’s final match could turn into a proper cat fight in Bloemfontein, where the Toyota Cheetahs host the Sigma Lions. These two sides are at the wrong end of the standings and will be giving their all to move up to keep their playoff aspirations alive. 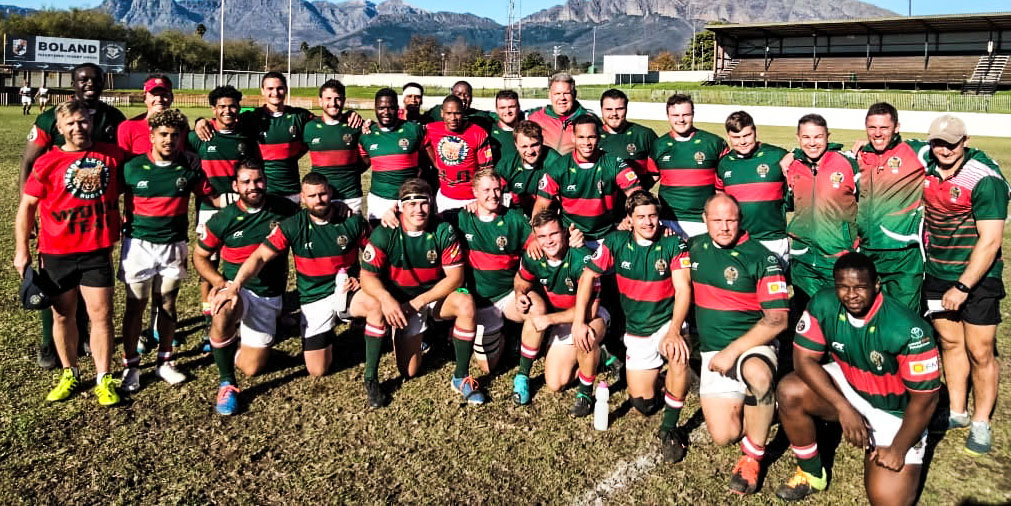 The Leopards will host the First Division final next weekend.

The Leopards, boosted by a strong first half performance at Olën Park in Potchefstroom, secured the right to host the Carling Currie Cup First Division final next weekend with a convincing 52-29 win over Boland on Friday.

The home side scored four tries in the opening half and limited the Bolanders to only one for a 28-5 lead, and they held that gap throughout the match, despite a frantic second half surge from the Kavaliers.

Strong forward play by the Leopards laid the foundation for this win, while Boland battled with their set piece. A blistering start by the Leopards, with a try by winger Eugene Hare in the opening minutes, had Boland scrambling and with their lineout mauls working to perfection, the home side had the visitors in all sorts of trouble from the start.

The second half saw a good fight back by Boland, who went to their bench early in the half. The Leopards responded to each for the four tries by the visitors though and never gave them a real chance of a comeback.

In Welkom, the Down Touch Griffons needed a strong second half comeback to overhaul the Valke in an entertaining match, winning 38-31 to secure their trip to Potchefstroom to face the Leopards next weekend.

The East Rand side started strongly and with clear intent to carry the ball and scored two first half tries for a 17-16 lead. The Valke had all but perfected their lineout mauls and the home side battled to contain that aspect of play by the men in the red jerseys.

The second half delivered a better result for the Northern Free Staters though, aided by some ill-discipline by the Valke.

In the end, it made all the difference, as Griffons scrumhalf Jaywinn Juries kicked two penalty goals on either side of half time that proved decisive.

The home side attacked well from broken play, with No 8 Soso Xakalashe impressive in this regard with hard running, which bagged him two tries.

The pace of wing Granwill Matthys also created chaos in the Valke defence, and he was rewarded with two tries of his own.

A late penalty try to the Valke gave them a sniff to catch up with the rampaging Griffons, but it was too little, too late in the end.

U20 Cup: First round wins for Sharks, Leopards and Lions

The Cell C Sharks Under-20s are top of the log after an entertaining opening round of the SA Rugby Under-20 Cup, which started last weekend.