Two positive COVID tests in the Lions’ camp, combined with 12 close contacts amongst players and staff – all of whom were placed into isolation at the team hotel – meant a number of changes to their team before kick-off, with only one back, Finn Russell, on the bench, but this did little to disrupt the visitors.

In fact, similar to their tour opener against the Sigma Lions on Saturday, the men in red were out of the blocks very quickly, with Adams (fullback) and Van der Merwe (left wing), crossing for tries in the first seven minutes. And just like their previous match, they ended with eight tries, but this time conceded only one.

The Lions played with a high tempo and managed to produce quick ball from most rucks, which meant the KwaZulu-Natalians were on the back foot for large parts of the match, while the Cell C Sharks also missed too many tackles.

The men from Durban actually had a few promising attacking moves, but failed to capitalize due to a combination of handling errors, wrong options and great defence by the tourists. The Sharks also lost Werner Kok to the sin-bin for a professional foul, which cost them as Van der Merwe crossed for his second try after a great kick into space by Owen Farrell. 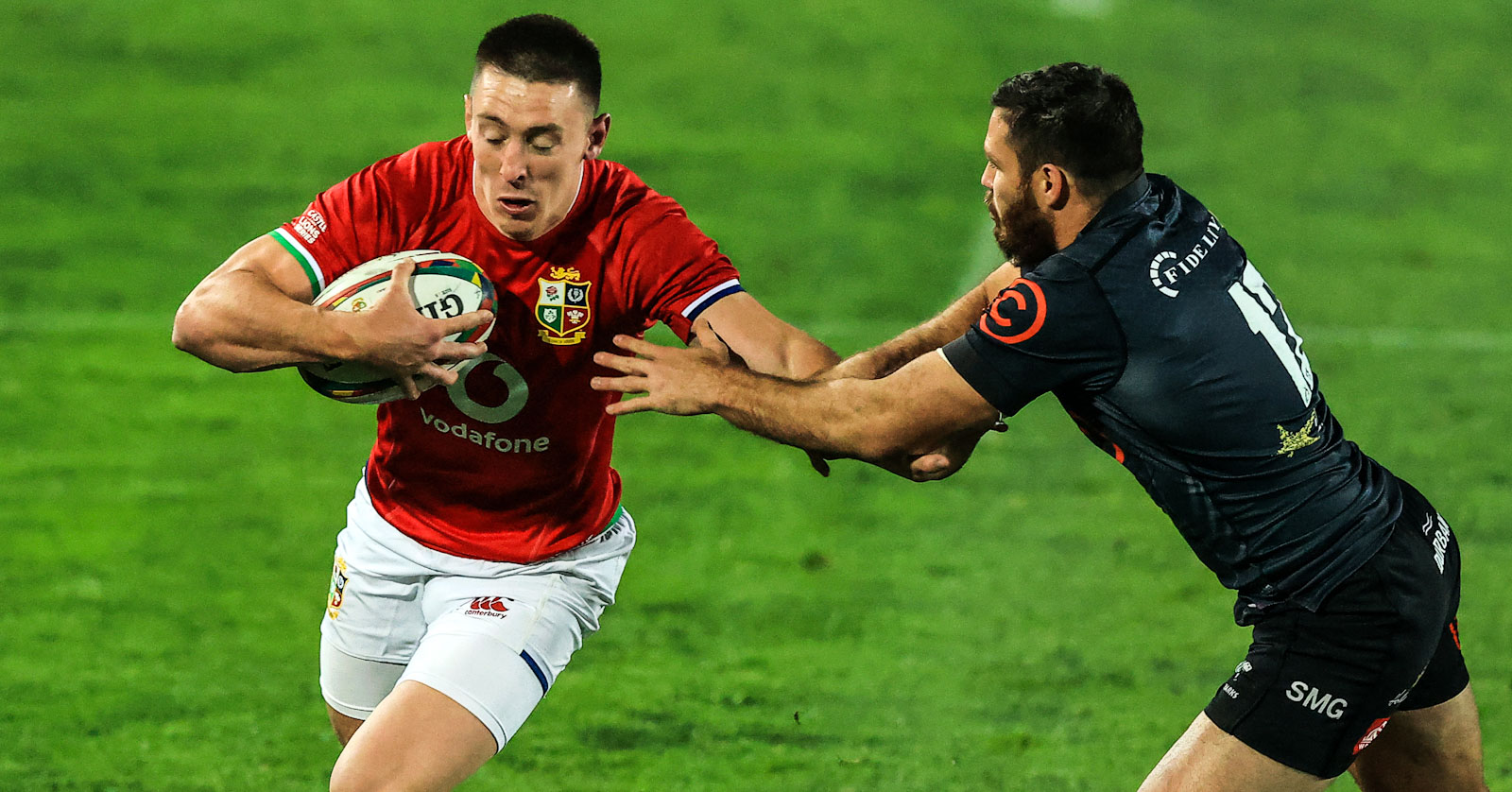 Josh Adams added three tries to the four he scored against the Sigma Lions on Saturday.

While the Cell C Sharks kept on making mistakes, the Lions remained composed, weathered what storms their opponents produced and closed the half with their fourth try, through bulldozing centre Bundee Aki, which put them firmly in control at 26-0.

The Durbanites finally got on the scoreboard in the 50th minute when James Venter (flanker) crossed in the right corner after they finally managed to string a proper attack together without losing the ball, but the Lions hit back with two more tries in the next 10 minutes.

First, Adams scored his second after the men in black failed to control a loose ball in their own 22, before Louis Rees-Zammit (right wing) capitalized on a bad kick from the Cell C Sharks, with Russell converting both to put the men in red ahead by 40-7 with just under 20 minutes to play.

Van der Merwe got his third try in the 74th minute when the Lions forced a ruck turn-over and quickly sent the ball wide for the big wing to race away untouched, while Adams followed suit four minutes later from a dominant scrum.

It was basically the British & Irish Lions’ recipe for most of the match – put their opponents under pressure and play off mistakes with pace, and unfortunately the Cell C Sharks provided them with ample opportunities.

Tafel Lager Griquas blew the race to the Carling Currie Cup Premier Division playoffs wide open on Wednesday, and opened the gap for the New Nation Pumas to go top of the log with the halfway mark approaching.

It will be a case of history writing itself when the Cell C Sharks take on the British & Irish Lions on Saturday at 18h00 at Loftus Versfeld, three days after facing the same team on Wednesday evening.