Cronje played off the bench in the 29-10 win over Uruguay at Markötter Stadium on Friday, while Hendrikse will make his Junior Springbok debut, as he wasn’t involved in the opening match.

Only four players will run out at the Stellenbosch venue in the same match jerseys as they did against Uruguay – Quan Horn (fullback), Canan Moodie (wing), Tyler Bocks (centre) and Sasko Ndlovu (flank).

There are some positional changes though, with Ethan James moving from outside centre to wing and Reinhardt Ludwig from the side of the scrum to lock, to earn a second cap.

Henco van Wyk (centre) and Siya Ningiza (flank) will earn starting debuts, while all of Simon Miller, Corne Weilbach, Andre-Hugo Venter and Jan-Hendrik Wessels came off the bench against Uruguay.

Lions scrumhalf, Nico Steyn, has been drafted in by die Junior Boks after Bobby Alexander picked up a leg strain and with only 30 players allowed per squad, Nhleko opted to release flyhalf, Brandon Wilkie.

“We had Jordan, as well as Sacha Mngomezulu in our original squad at flyhalf and drafted in Brandon when they were not quite ready for that first match,” said Nhleko.

“But with Jordan and Sacha available again, we feel it is the best call for the squad to bring in Nico to fill our depth at scrumhalf, and release Brandon. He served us well and I want to thank him for his contribution." 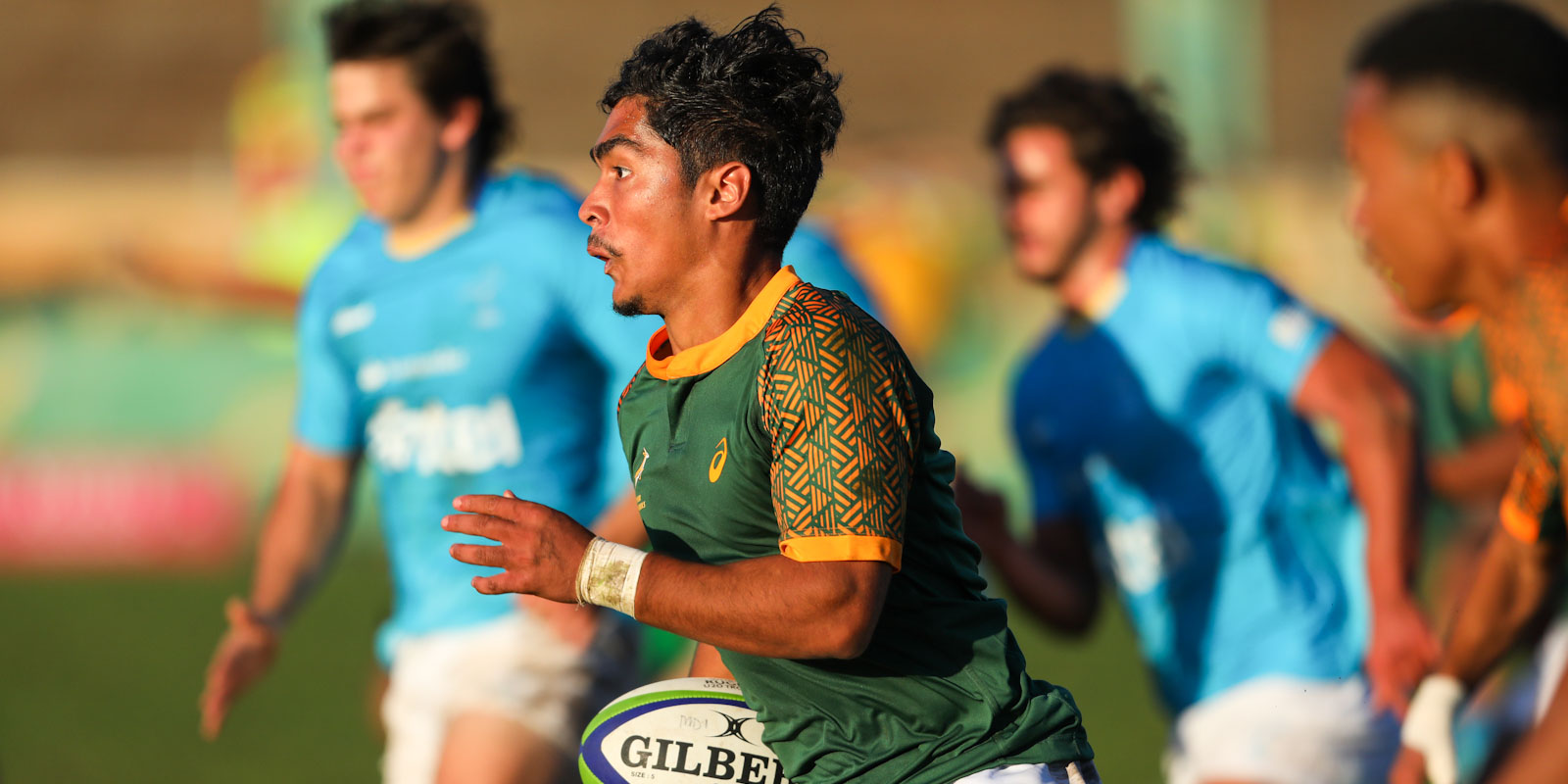 Ethan James on the run against Uruguay.

Cronje said the experience gained from the first match will help his troops in their approach for the Argentina match.

“It was certainly good to get on the field and for the team to go into battle together,” said Cronje.

“We learned a lot from that match and will fix those mistakes we made against Uruguay. We have seen how well Argentina played in beating Georgia and it is clear that we will have to be on top of our game if we want to beat them.

“They are clearly here to play, but we also have some goals we want to achieve against them and one of them is to play good rugby and get the win.”

Cronje, who has played in the senior ranks of the Toyota Cheetahs, said the additions of Hendrikse (Lions), Wessels (Vodacom Bulls) and Venter (DHL Western Province) will assist him with decision-making during the match, making his job easier.

“They are a bit more experienced, having played senior provincial rugby before and it nice knowing they are there to back me up,” said the Junior Bok captain.

The match kicks off at 15h00 and will be broadcast by SuperSport, as will the 13h00 clash between Georgia and Uruguay.

Tournament rules allow for squads to have all their non-starting players on the bench; however, a front row must be nominated before the match and only eight players can be replaced in total.