The South Africans struggled to gain any form of ascendancy in the first half and led by only 7-3 at the break after 40 unsatisfactory minutes of rugby.

They were much better in the second half though, and added 22 points to their tally, but the main lesson learnt for the hosts was that they have some hard work ahead before their second match against Argentina on Wednesday, especially when it comes to protecting their ball on the ground.

The Junior Boks’ set piece play was good and they kept their discipline while often being frustrated by the Uruguayans, who had two men sin-binned in the final quarter, while the scoreline would also have looked a bit better had they landed their kicks at goal.

The building blocks are in place though, and Junior Bok coach Bafana Nhleko won’t have sleepless nights as his team grew in stature as the match progressed. They also kept a clean sheet for 75 minutes against the Uruguay U20s, who came close to scoring on a number of occasions and only managed to cross the chalk late in the match.

The Junior Boks were out of the blocks first when Canan Moodie crossed for a beaut of a try after only 50 seconds, with Quan Horn (fullback) prominent in the counter-attacking move. 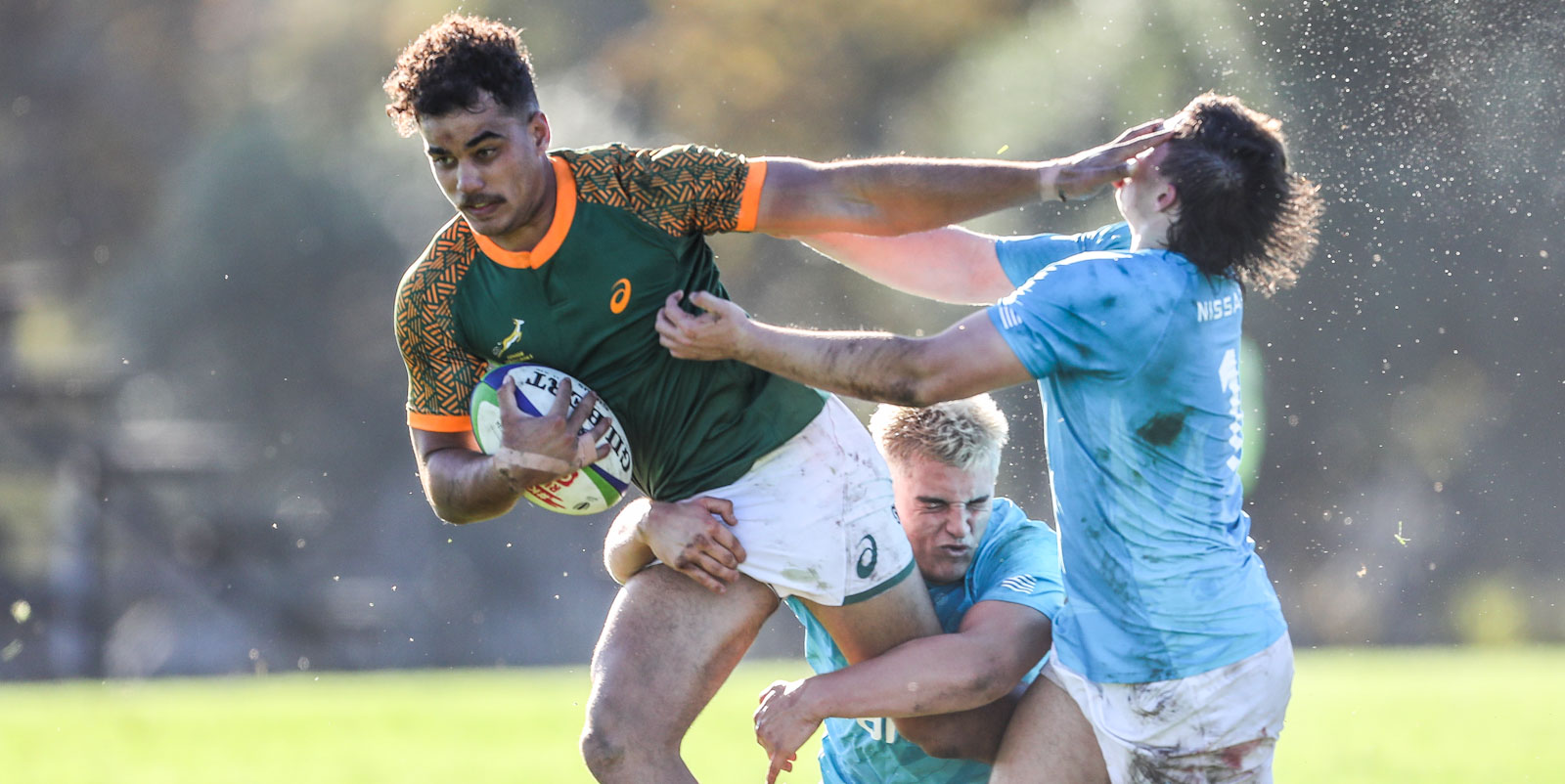 Tyler Bocks on the attack for the SA Under-20s.

But that was the only highlight of the first half for the hosts, who showed some early season jitters which led to unnecessary mistakes. And even though the Uruguayans were on the back foot for most of the first half, they defended well and frustrated the Junior Boks into making errors.

Not that the South Americans didn't struggle – they did, but the SA U20s failed to capitalise on their opponents' mistakes.

Straight talking in the sheds and a number of replacements by Nhleko had the desired effect though, as the South Africans scored three tries in the third quarter.

First Bobby Alexander (scrumhalf) went over after a superb run down the left-hand touchline by Ethan James, before Alexander was at hand to receive a great offload from Jan-Hendrik Wessels (prop) before putting Moodie away for his second.

With just over 10 minutes to go, Curwin Gertse (left wing) went over in the corner after yet another dominant scrum by the Junior Boks, which put the result beyond all doubt.

In the opening match of the Under-20 International Series, Los Pumitas laid down a strong marker with a 82-10 demolition of the Georgian U20s.

The Argentineans scored three unanswered tries in the first half for a 21-3 lead, but simply outplayed Georgia after the break, adding nine tries and 61 points at more than a point per minute.

The next round of action on Wednesday sees South Africa take on Argentina, and Uruguay will face Georgia.