Kriel’s great-grandfather John Hodgson – a loose forward who played his English club rugby for Northumbrian side Northern – featured in the British & Irish Lions’ 6-3 victory over New Zealand in Dunedin and the 15-10 loss to the All Blacks in Auckland in 1930.

The Gosforth-born flanker made 15 appearances for the British & Irish Lions, scoring nine points. He also represented England between 1932 and 1936, earning seven caps, including being part of the England team who played against the 1932 Springboks in London on 2 January 1932.

“My great grandfather played for the Lions, so this is quite a personal one for me and it is special to be involved,” said Kriel.

“Going back to 2009, I was still at school then and I obviously have some great memories of that Jaque Fourie try and Morné Steyn kicking that penalty over (in the second Test to clinch the series).

“So it is very special, and as Jacques (Nienaber – Springbok coach) mentioned, this opportunity probably comes around once in a player’s career, so I think everyone is going to try to make the most of the chance.” 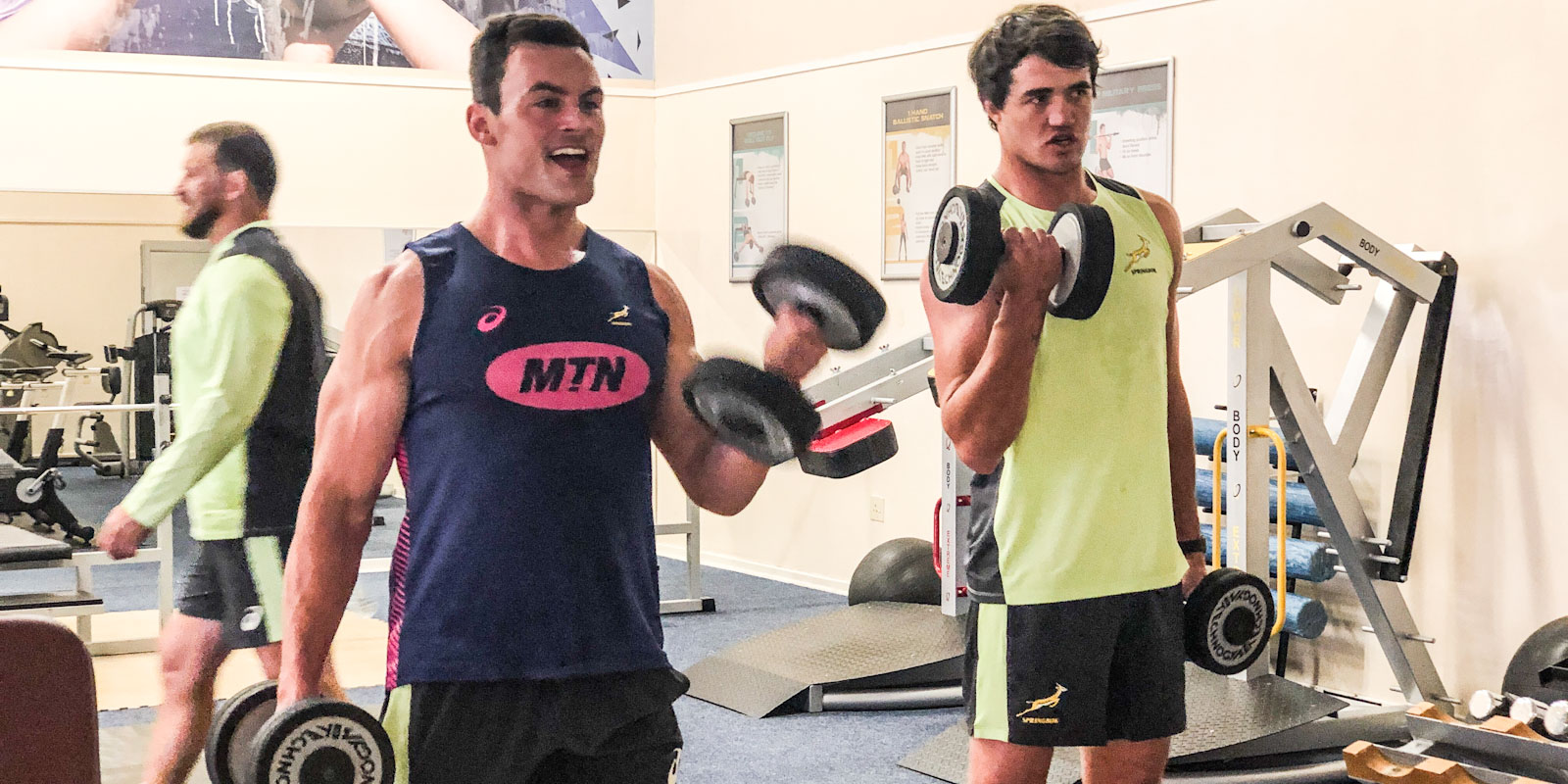 Jesse Kriel and Franco Mostert sweat it out in the gym at the Springbok training camp in Bloemfontein.

Kriel said he and his twin brother, Dan, reminisced about his great-grandfather’s tour experiences recently: “They went to New Zealand on their tour and they were on a boat for a couple of months to get there and had to write letters to the family.

“These days we get on a plane and we are back in South Africa the next day. So those stories are quite cool and some of the memories that I kind of enjoyed looking back at. It means a lot to me and my family and it will be really special.”

Kriel was delighted to be back in the Springbok squad for the first time since the Rugby World Cup triumph in 2019, when he was ruled out of the tournament with a hamstring injury, and said they immediately got down to business on the field.

“I certainly got a taste of the intensity this week,” said Kriel.

“It’s been good to be back in set-up and all the guys are very excited to be back. We will obviously work hard on the intensity in the next few weeks and hopefully get as close as possible to Test match level.”

Kriel said he is expecting a very tough series against the British & Irish Lions, who are due to arrive in South Africa later this month.

“If you look at the make up of a British & Irish Lions team, it is the best players in each participating country, so every guy in team like that is going to be world class, and if not close to that,” he said.

“We know what each of them will bring as individuals, and we have to match that and even go a step up. Our focus is on doing what we can do well to contribute to our system and what makes that system effective.”

The PRO14 Rainbow Cup SA match between the Emirates Lions and DHL Stormers, scheduled for Cape Town Stadium on Saturday, has been cancelled in line with COVID-19 protocols.

The race for top spot in the PRO14 Rainbow Cup SA is going down to the wire as the Cell C Sharks and Vodacom Bulls meet in Durban on Saturday for a place in next weekend’s North v South final, with kick-off at Jonsson Kings Park set for 18h15.

Mr Mark Alexander, President of SA Rugby, paid tribute to former SARU prop George Smith, who passed away on Friday at the age of 72.

The Springboks wrapped up a productive opening training week on a high note in Bloemfontein on Friday as they gear towards their two Tests against Georgia and the Castle Lager Lions Series in July and August.