The Vodacom Bulls showed their experience to deliver under pressure in their 20-16 victory over the DHL Stormers in their second round PRO14 Rainbow Cup SA clash at the Cape Town Stadium on Saturday evening.

Jake White's team notched up their second successive win of the campaign while at the same time handing John Dobson's charges a second defeat at their new home ground.

The men from Pretoria enjoyed a 14-10 halftime lead courtesy of two converted tries by Madosh Tambwe (right wing). No 8 Evan Roos (try) and flyhalf Abner van Reenen (conversion and a penalty goal) replied for the home side.

The two teams traded more penalty goals in the second half, however, the visitors were clearly the best side in the second stanza.

The DHL Stormers, sporting an all-Springbok front row in skipper Steven Kitshoff, Frans Malherbe (props) and Bongi Mbonambi (hooker), had the upper hand in the scrums but they struggled to control their own lineout where they missed their injured lock pairing of JD Schickerling and Salmaan Moerat.

To compound matters, new lock recruit Marvin Orie left the field early after taking a blow to the head.

After a tense opening quarter, it was the Vodacom Bulls who drew first blood when Tambwe scored a superb try after they had managed to turn defence into attack.

The visitors forced a turnover from a quick tap penalty by the DHL Stormers and when the ball went through hands out wide, Tambwe showed some wonderful sidesteps to score under the posts. 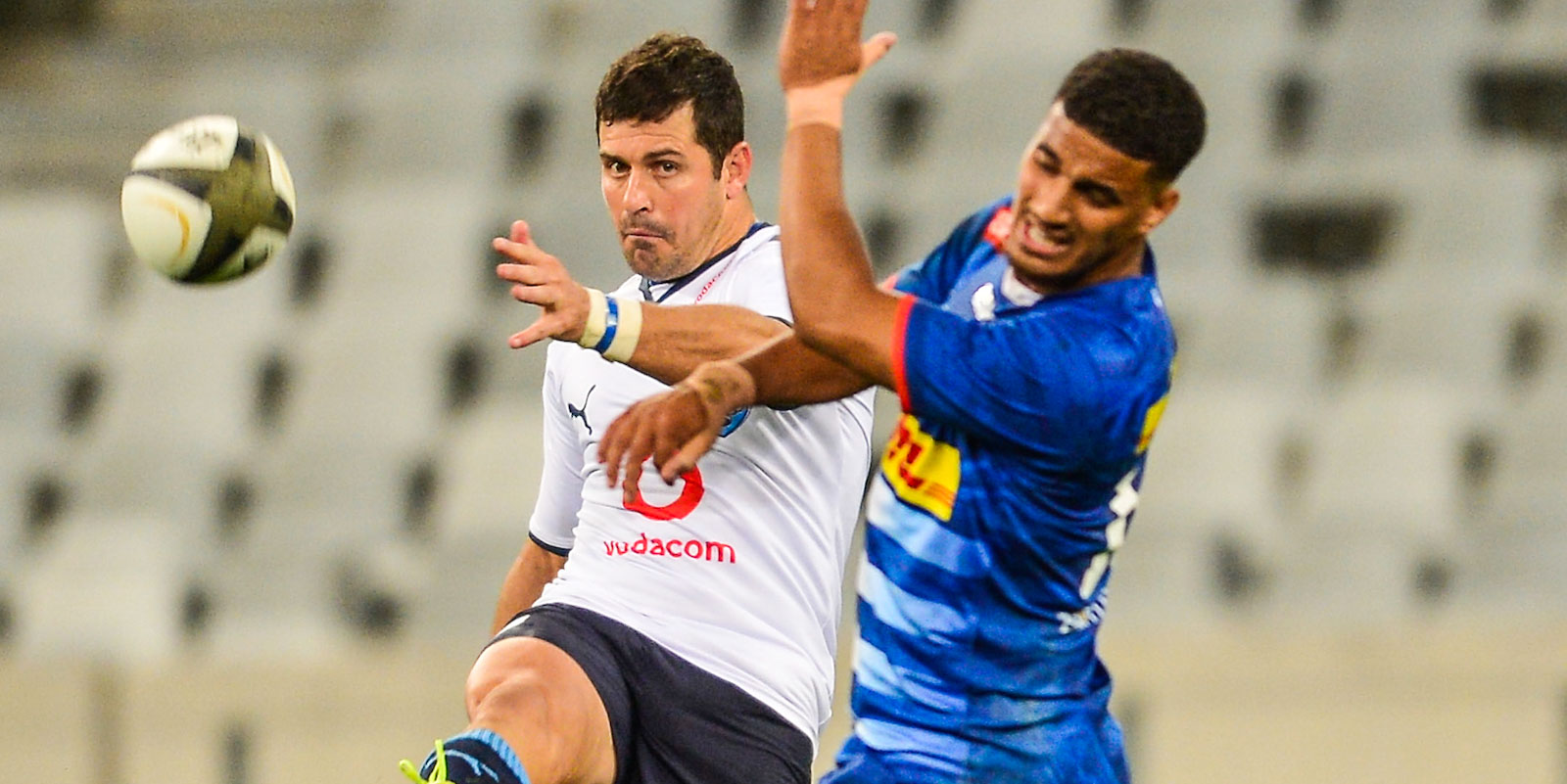 The hard-running speedster had an opportunity to score a second try just a few minutes later, but spilled a Steyn cross-kick with an open tryline beckoning.

Roos, who replaced Willie Engelbrecht in the side, forced his way through the Vodacom Bulls defence to level matters with his converted try for the Cape side.

Kitshoff was yellow carded four minutes before halftime because of a leading arm charge, drawing a successful captains’ challenge from Duane Vermeulen.

A brilliant passage of play at the end of the half resulted in other converted try for Tambwe, enabling the Pretoria outfit to finish the first half in the ascendancy. They kept the ball alive through numerous passes, with Steyn pulling the trigger with another pinpoint kick pass out wide to Tambwe.

The Vodacom Bulls deservingly went into the break with a four point advantage.

Steyn started to pull the strings more often in the second half, winning territory with his field kicks and slotting a penalty goal to stretch their lead to 17-10 before being replaced by Chris Smith.

Van Reenen brought the home side to within four points when he slotted his second penalty of the match (17-13) with just under twenty minutes of play remaining. Smith replied almost straight away with a beautifully struck penalty goal to restore the seven point lead (20-13).

Van Reenen was on target once more, barely minutes after Smith's effort, to cut the Vodacom Bulls' lead back to four points again, to set up the prospects of an exciting final 10 minutes.

Kitshoff was once more successful with a captains’ challenge, gaining a penalty for a high tackle by Nizaam Carr (replacement No 8) and handing the home side a final chance to steal the win.

But it wasn't to be for the DHL Stormers as the Vodacom Bulls brilliantly contested to steal yet another lineout right at the end, which brought the match to end, giving the Pretoria outfit their second win in as many weeks.