According to reports from Ireland Coetzee, who was recently named the Guinness PRO14 Players’ Player of the Season for 2020/21, has been granted an early release from his contract with Ulster and will leave Belfast at the end of the month.

The 28-year-old Goosen, capped 13 times for the Springboks, is a flyhalf who can hold his own at centre and fullback. He previously played for the Toyota Cheetahs and Racing 92 in France before moving to Montpellier. He will link up with the Vodacom Bulls on 1 July.

“We are definitely excited for Johan’s imminent arrival in Pretoria and look forward to his contribution,” said Vodacom Bulls Director of Rugby, Jake White.

“He has consistently performed at the highest level since his early days and his experience will bode well for our younger backs while providing us with attacking opportunities when he takes the field.”

Goosen said: “I’m excited to be returning to my homeland and representing the Vodacom Bulls who are rising in strength day by day. Rugby in Pretoria has an exciting future and I’m grateful to be part of it.”

Du Plessis, who was a star for the Vodacom Bulls before moving to France a few seasons ago, will join his Montpellier team-mate in Pretoria on a three-year deal, effective 1 July.

The 27-year-old Du Plessis formerly played for the Junior Springboks and SA Schools, and is equally at home in the middle of the engine room or on the side of the scrum. He is also a very useful lineout option.

“Having Jacques return to Loftus is testament to what we’re trying to establish in Pretoria … a franchise where players want to be,” said White.

“His ability to play as a loose forward and lock gives us depth amongst the forwards. Jacques is an extremely physical and uncompromising player, and we’re looking forward to his contributions in the #TrueToTheBlue jersey.”

Verity-Amm (26) hails from Cape Town, where he played junior rugby for DHL Western Province, and apart from impressing for Tafel Lager Griquas last season, he also played for the Force and Brumbies in Australia. He has already linked up with his former team-mate from Kimberley Zak Burger in Pretoria.

“James is a talented player who is rock solid on both attack and defence – his acquisition will only strengthen our backs and we are looking forward to adding a player of his ability to our roster,” said White. 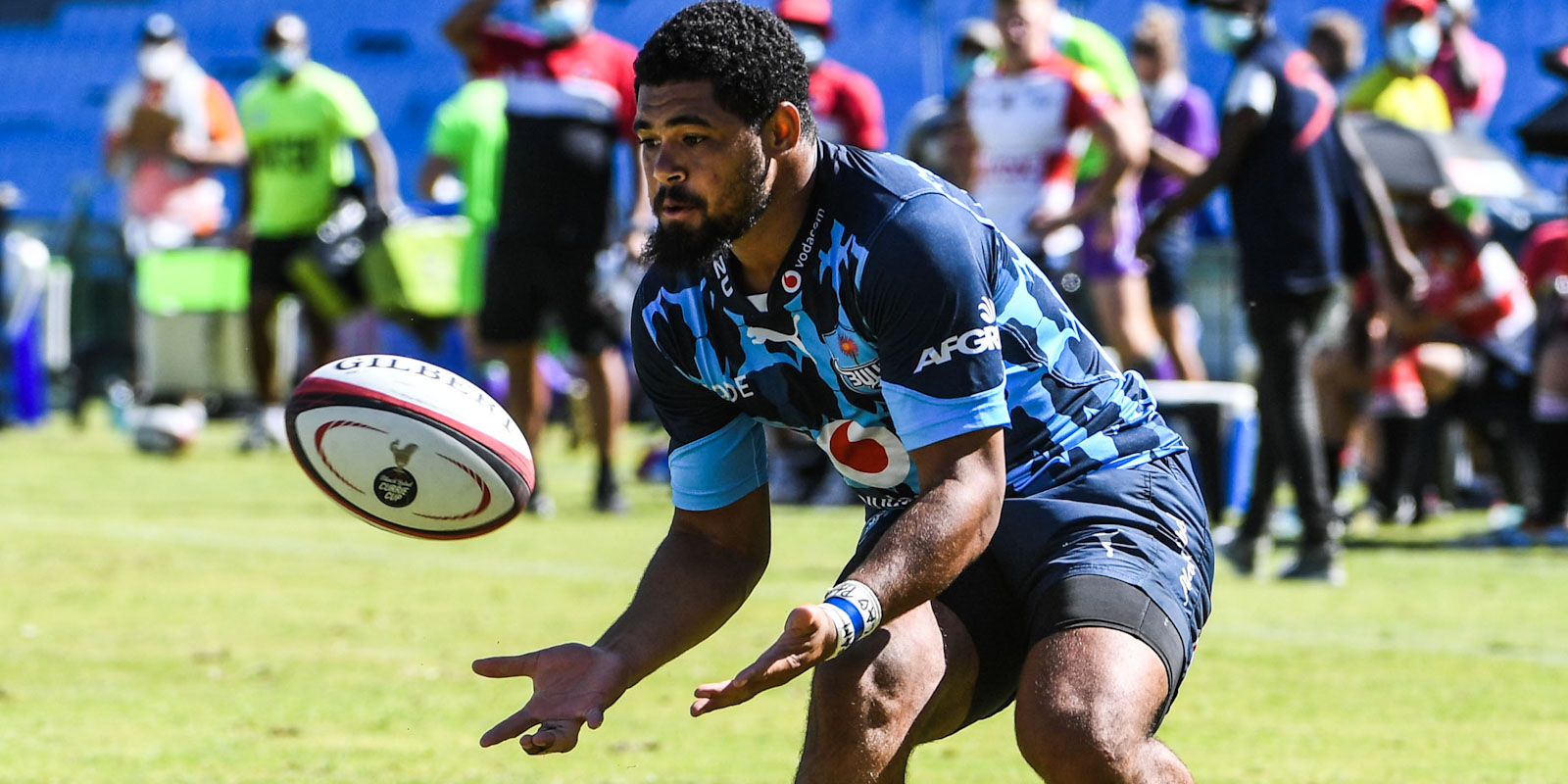 Stravino Jacobs in action during the 2020 Carling Currie Cup.

Affectionately known as ‘Giraffe’, Dlamini is a tighthead prop who played for the Down Touch Griffons before moving to the KZN club scene.

Standing 1.89m tall, Dlamini is known for his uncompromising defence and despite his behemoth size, is mobile around the park.

“Mhleli is an example of those rugby gems who’ve taken the road less travelled,” said White.

“His playing ability fits what we’re looking for at the Vodacom Bulls and he will learn a lot under the tutelage of our numerous Springbok front rowers. We are looking forward to what he brings to the table.”

The Vodacom Bulls were also boosted by the news that one of their best young prospects, former SA Schools speedster Stravino Jacobs, has recovered fully from his fractured finger and is training with the squad.

Joining him on the training fields at Loftus Versfeld are Simphiwe Matanzima (prop), who missed almost the entire 2020 season due to an Achilles tendon injury, as well as Walt Steenkamp (lock), who was given the green light from the cardiologist to start training, although he is not available for selection as of yet.

Duane Vermeulen (No 8), Gio Aplon (fullback) and Travis Ismaiel (wing) have started selected unit sessions and all three are expected to return to training in two weeks, while Trevor Nyakane (prop) has picked up a rib niggle and will not be available for selection this weekend.

Experienced Springbok prop Steven Kitshoff will lead the DHL Stormers in the forthcoming PRO14 Rainbow Cup after signing a three-year contract extension with Western Province to continue his career with the Cape Town-based franchise.