CPUT outplayed the Durban University of Technology (DUT Rhinos) 109-6, TUT edged the University of KwaZulu-Natal (UKZN Impi) 22-3 and in an Eastern Cape derby, the WSU All Blacks had too much class for their Alice foes, beating the University of Fort Hare Blues (UFH) 46-12.

The FNB Varsity Shield will continue on Tuesday, 20 April, with three fourth round matches at Loftus Versfeld - Rhodes vs UFH Blues (15h00), CPUT vs TUT Vikings (17h00) and the KZN derby between UKZN Impi vs DUT Rhinos (19h00). All the matches will be live on the SuperSport Rugby channel (211), while the WSU All Blacks have a bye.

After an 11-day break, the FNB Varsity Cup will resume on Thursday, 22 April, with five mathces in the fourth round at two venues in Pretoria:

Hooker Siyasanga Ngubelanga scored four tries, including a first-half hat-trick, as CPUT totally dominated the clash. The Rhinos conceded 17 tries and another century of points. 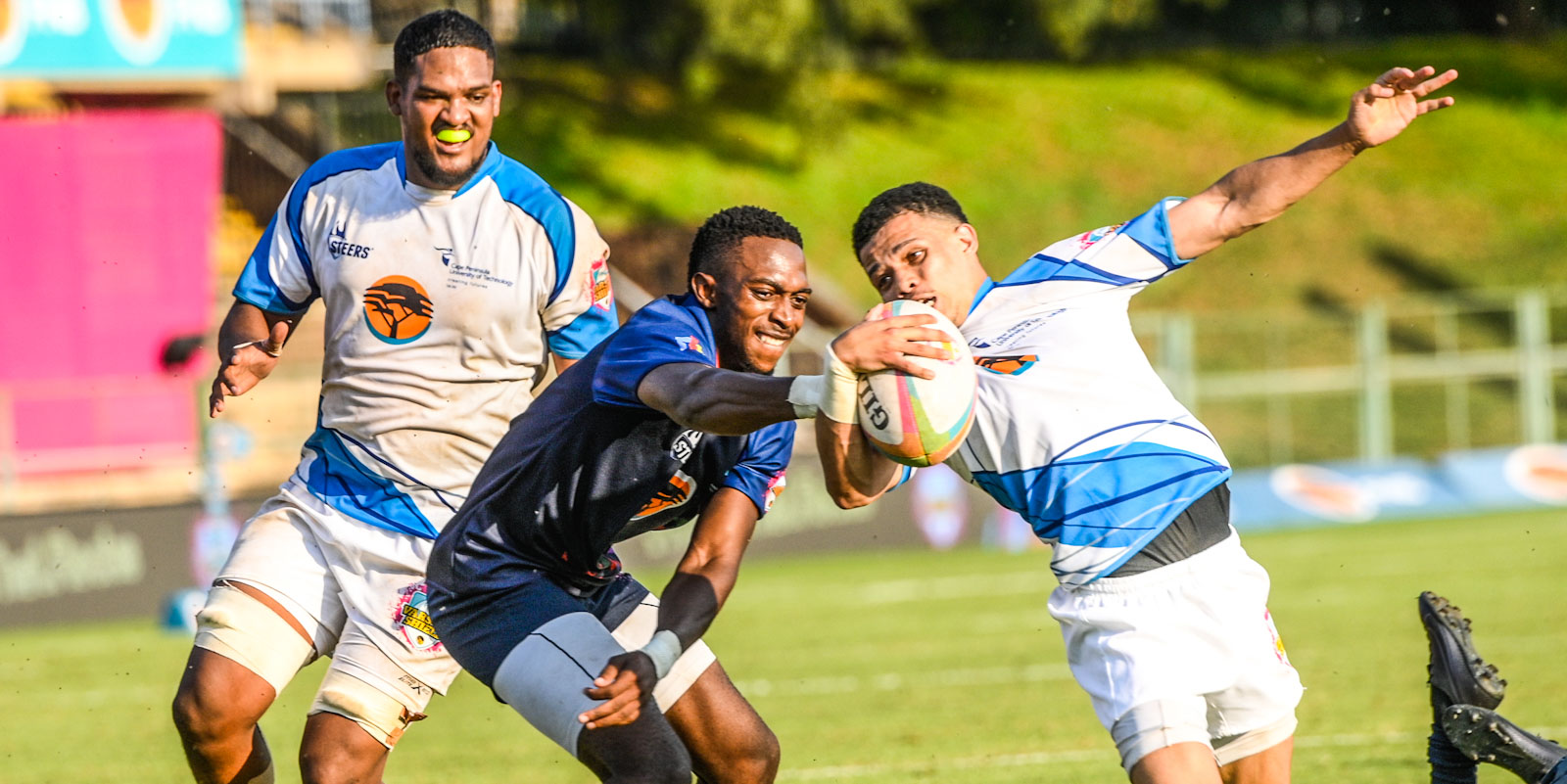 DUT had no answer for the attacking prowess of CPUT as they conceded another century of points.

The TUT Vikings pulled out all the stops to beat the UKZN Impi and secured only their third win from 12 meetings against the KZN side. The team from Pretoria controlled large swathes of the match especially at the set-pieces.

The first half belonged solely to TUT flyhalf Lusanda Xakwana as he kicked an early penalty goal before scoring a brilliant solo try in the 30th minute that saw him dummy, sidestep and collect his grubber.

The Impi managed a penalty goal in the second stanza while Vikings scrumhalf Ethan Wilson crossed the whitewash.

A dominant scrum set the platform for WSU’s convincing win against UFH. The WSU backs made the most of the front-ball they were given, scoring three tries to take a 25-0 lead into half-time. The Blues were more competitive in the second half, scoring two tries, but conceded another three.

Three innovative law variations have been approved by World Rugby for use in the PRO14 Rainbow Cup – red card replacements, captain’s challenge and goal-line drop-outs.

Kagoshima City will host the Springbok Sevens squad for their final pre-tournament camp before the Olympic Games in Tokyo in July, the City and SA Rugby confirmed on Wednesday.

The South African Deaf Rugby Association (SADRA) unanimously elected Reenen Stenekamp from the Free State as their new President at their Annual General Meeting, which was held virtually on Saturday, 17 April.