New Nation Pumas flyhalf Eddie Fouche scored a try, conversion and five penalty goals to secure an encouraging home win in his side’s 2021 Kick-off series clash against the Toyota Cheetahs in Nelspruit on Friday, scoring all his team’s points in the 22-15 victory.

The calm and collected Fouche was the star of the show in the humid Mpumalanga conditions.

The first half was competitive as the teams tried hard to make their presence felt, but with both sides holding their own on defence neither team was able to break through.

Instead, the New Nation Pumas took advantage of the Toyota Cheetahs ill-discipline to kick four penalty goals, while the visitors’ only points in the first half were compliments of a penalty goal by Ruan Pienaar (scrumhalf) and a stunning long-range drop goal by Rhyno Smith (fullback).

The visitors didn’t do themselves any favours as they conceded a handful of penalties, while they were also reduced to 14 men for 10 minutes in the second quarter as Chris Smit (centre) was sent to the sin-bin for infringing at a breakdown from an illegal position. 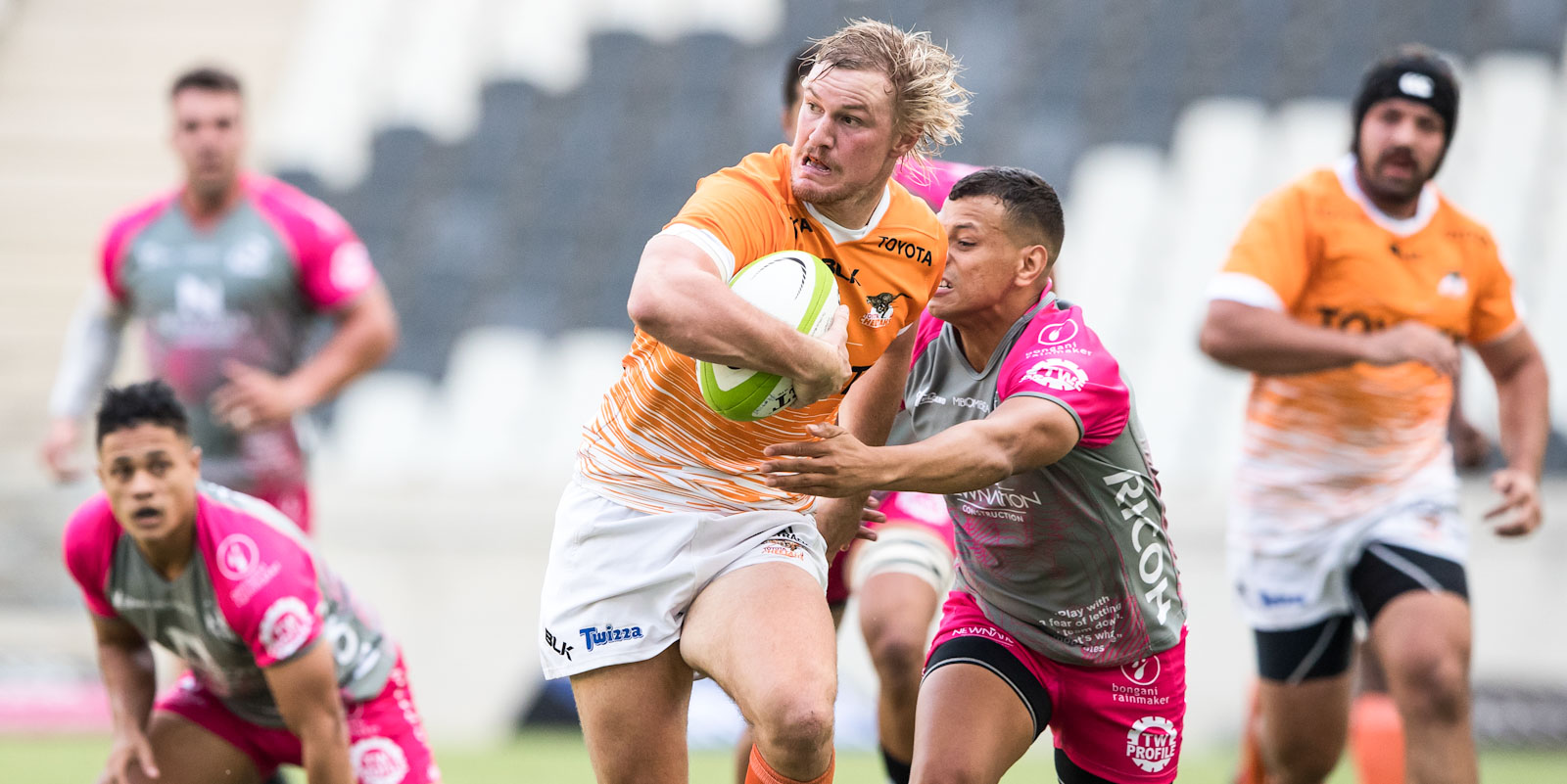 Chris Smit on the attack for the Toyota Cheetahs.

Pienaar opened the scoring for the Toyota Cheetahs in the sixth minute, and Fouche cancelled this out in the 22nd minute with his first penalty goal.

Smith then slotted over his drop goal, and minutes later the scores were level as Fouche added his second penalty goal, and subsequently added two more before the teams ran into the change room, which earned the Mpumalanga outfit a 12-6 halftime lead.

The Free Staters came out fighting in the second half and the rewards followed with Pienaar leveling the scores with two more penalty goals 13 minutes into the second half.

Experienced Springbok centre Frans Steyn extended his team’s lead with a long-range penalty goal in the 67th minute to hand his team the lead, but this was short-lived as Fouche forced his way over the chalk in the 70th minute, and he added the extra two points from the conversion for a 19-15 lead with minutes left to play.

The star performer stretched the hosts’ lead with yet another penalty goal in the 75th minute to nudge them seven points ahead with less than five minutes to play, and they managed to hold onto the lead to seal the 22-15 victory.

Former Springbok loose forward Jacques Potgieter has been named at No 8 for the Toyota Cheetahs’ next game in the 2021 Kick-Off Pools, on Friday against the New Nation Pumas in Nelspruit.

Springbok prop Trevor Nyakane and a host of experienced seniors will return to the Vodacom Bulls’ starting line-up for their 2021 Kick-off Pools clash against the DHL Stormers at Loftus Versfeld on Friday.

Am back in charge for Cell C Sharks’ Jozi trip

The Cell C Sharks have made six changes to their backline - which sees the welcome return of Springbok midfielder and regular captain Lukhanyo Am - and a few changes up front for their 2021 Kick-off Pools match against the Lions in Johannesburg on Saturday.

Springbok flyhalf Elton Jantjies will lead an experienced Lions team when they host the Cell C Sharks in their second home game in the 2021 Kick-off Pools series in Johannesburg on Saturday.

Mr Mark Alexander, President of SA Rugby, paid tribute to Mr Ronnie Masson, a former president of the Western Province Rugby Football Union (WPRFU) and SA Rugby senior vice-president, who passed away on Monday at the age of 84.

Leinster will start as strong favourites in Saturday’s Guinness PRO14 final in Dublin, but a sensational loss on their home ground in the last league game at the weekend will offer opponents Munster just a small glimmer of hope.

SA Rugby and the British & Irish Lions confirmed on Tuesday that they were aligned on delivering the Castle Lager Lions Series in South Africa in the scheduled playing window.