The two teams went hammer and tongs – in set piece, on defence and at the breakdowns – against one another, and both backlines were not shy to give the ball air on a balmy afternoon in Cape Town, where the occasional light drizzle made handling difficult.

The Cell C Sharks were under constant pressure in the scrums, but their lineout maul defence was brilliant and must have frustrated DHL WP, who opted to put eight kickable penalties into touch, which played into the visitors’ hands.

Tactical play was also massively important in what was a proper arm wrestle by the two coastal giants – both making their fair share of unforced errors which cost them valuable momentum – but in the end, a solitary try by JJ van der Mescht (lock) and Curwin Bosch’s boot were the difference as the Cell C Sharks celebrated qualifying for their first Carling Currie Cup final since 2018.

The Durbanites were quick out of the blocks and led 9-0 after only 12 minutes, with Bosch (flyhalf) slotting three long-range penalty goals as the Capetonians were made to pay for some early lethargy. 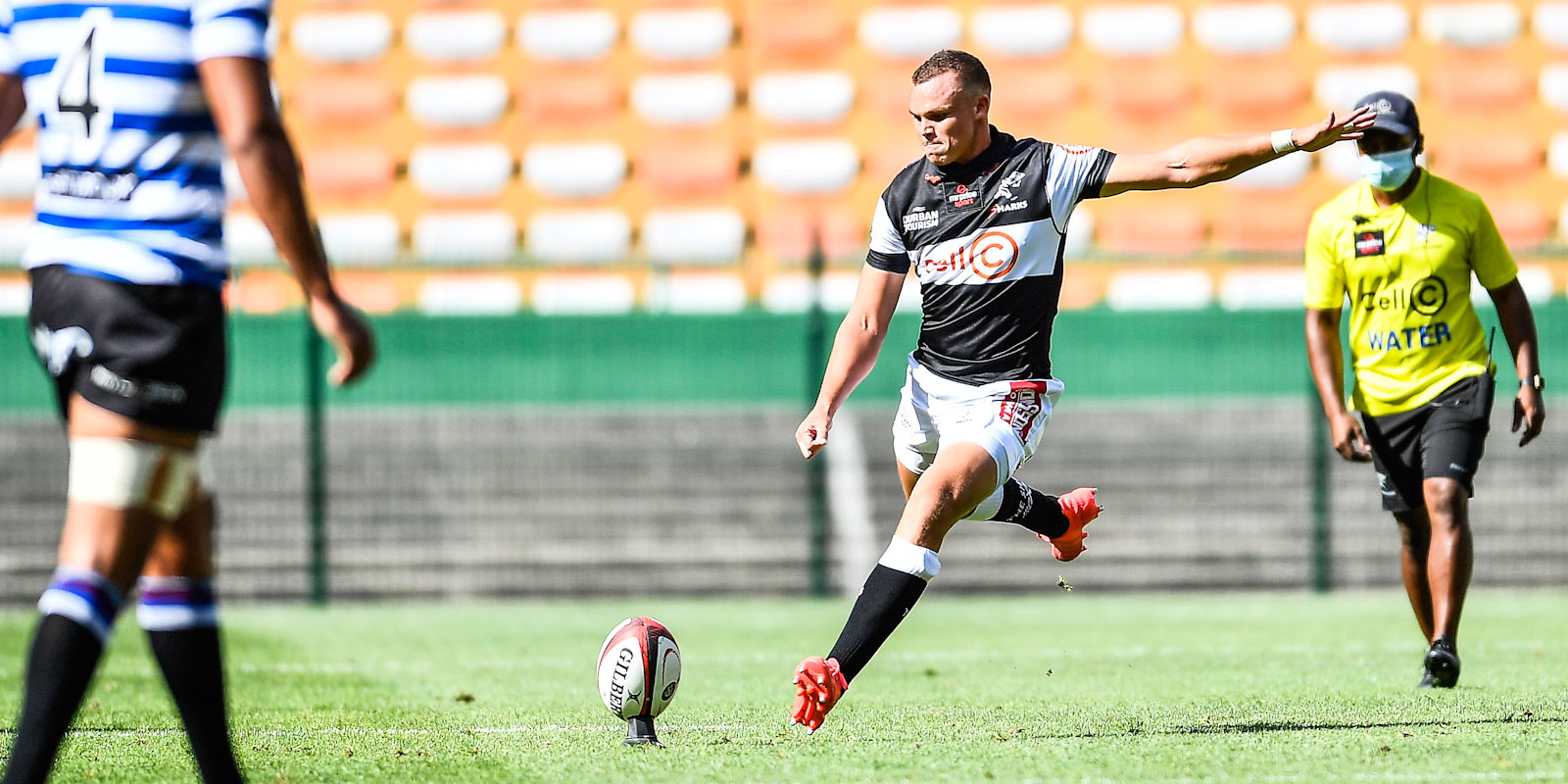 This lead stayed in place for most of the first half, and it was almost against the flow of the game as DHL WP were camped in their opponents’ half for most of this time, but the Cell C Sharks’ defence held firm, while they also made life difficult for the home team at the breakdowns.

The tide slowly turned though, after a slew of penalties against the visitors and a yellow card to Ox Nche (prop) for repeated infringements.

Although the Cell C Sharks defended solidly a few times the Capetonians kept on kicking for the corner, and Tim Swiel (flyhalf) finally called for the kicking tee and added two late penalty goals to shrink the Durbanites’ lead to just three points at the end of the first half.

When Swiel added his third penalty goal in the first minute of the second half, and with the scores tied at 9-9, an exciting half was on the cards.

It certainly was, although more for rugby purists and people enjoying bone-shuddering hits on defence as the rest of the half resulted in a ding-dong affair with neither side willing to give an inch.

Herschel Jantjies feeds the ball to his backline

More mistakes crept into play and the kickers’ boots dominated, but they didn’t bother the scorers as the score remained 12-9 until the 68th minute.

That was when DHL WP replacement flanker Ernst van Rhyn was yellow carded after his team had been warned, and the Cell C Sharks made the most of their one-man advantage when Thembelani Bholi (replacement loose forward) went over for the first try of the match from a clever short side lineout move.

However, the Cell C Sharks’ celebrations were short lived as the TMO ruled obstruction by Van der Mescht (lock) as Bholi peeled around the left of the lineout.

Four minutes later though – and with DHL WP still only playing with 14 men – the Durbanites finally broke the deadlock and were rewarded for some resilience on attack when Van der Mescht turned from villain to hero by crashing over for his try from close quarters, after yet another attacking lineout.

Bosch added the extras to give his team a 10-point lead with seven minutes left to play, and although DHL Western Province never gave up, they could not breach the Cell C Sharks’ defence as the Durbanites took the vital win to book their tickets to Pretoria.

SA Rugby and the British & Irish Lions have announced on Monday Tsogo Sun Hotels as the Official Hotel Partner of the 20...

Cronje, Hendrikse to start for Junior Boks against...

Junior Springbok captain George Cronje will start at No 8 and vice-captain Jordan Hendrikse at flyhalf when they take on...

It was a weekend for the travelling teams (and hookers JJ Kotze and Robey Leibrandt) as no fewer than five of the six ma...

Benetton dismantled the Vodacom Bulls to win the Guinness PRO14 Rainbow Cup Final by 35-8 in front of a small but ecstat...

Jaco Peyper will join a select group of referees who have taken charge of five Carling Currie Cup finals on Saturday when the Vodacom Bulls welcome the Cell C Sharks to Pretoria for the grand finale of South Africa’s flagship domestic competition.

Munster hurting after another loss against Leinster

Munster were left kicking themselves in the Guinness PRO14 on Saturday as they let an early 10-point lead slip away in their Irish derby against defending champions Leinster, which left coach Johann van Graan and his team bitterly disappointed.