The Rugby World Cup will be hosted in New Zealand from 18 September to 16 October and 24 players joined Springbok Women’s coach Stan Raubenheimer and his management team for the first stretch of a two-and-a-half-month training camp.

Another 16 players in Raubenheimer’s wider training squad will join this group for two weeks in March, bringing the total complement of players to 40.

The current group of players – which excludes a number of individuals who have full-time employment – gathered at the Stellenbosch Academy of Sport on Monday and will remain together until Wednesday, 31 March, where their focus will be on conditioning and skills training.

The Springbok Women will face England, France and debutantes Fiji in Pool C of the 2021 Rugby World Cup, which will play out in Auckland and Whangarei.

The squad includes Springbok Women’s captain Nolusindiso Booi (lock), Babalwa Latsha (prop), 2019 Women’s Achiever of the Year Aseza Hele (No 8), Zenay Jordaan (flyhalf) and Tayla Kinsey (scrumhalf), amongst others – many of whom participated in the Rugby Africa Women’s Cup in 2019 in Brakpan, which served as the qualifier for the 2021 RWC. 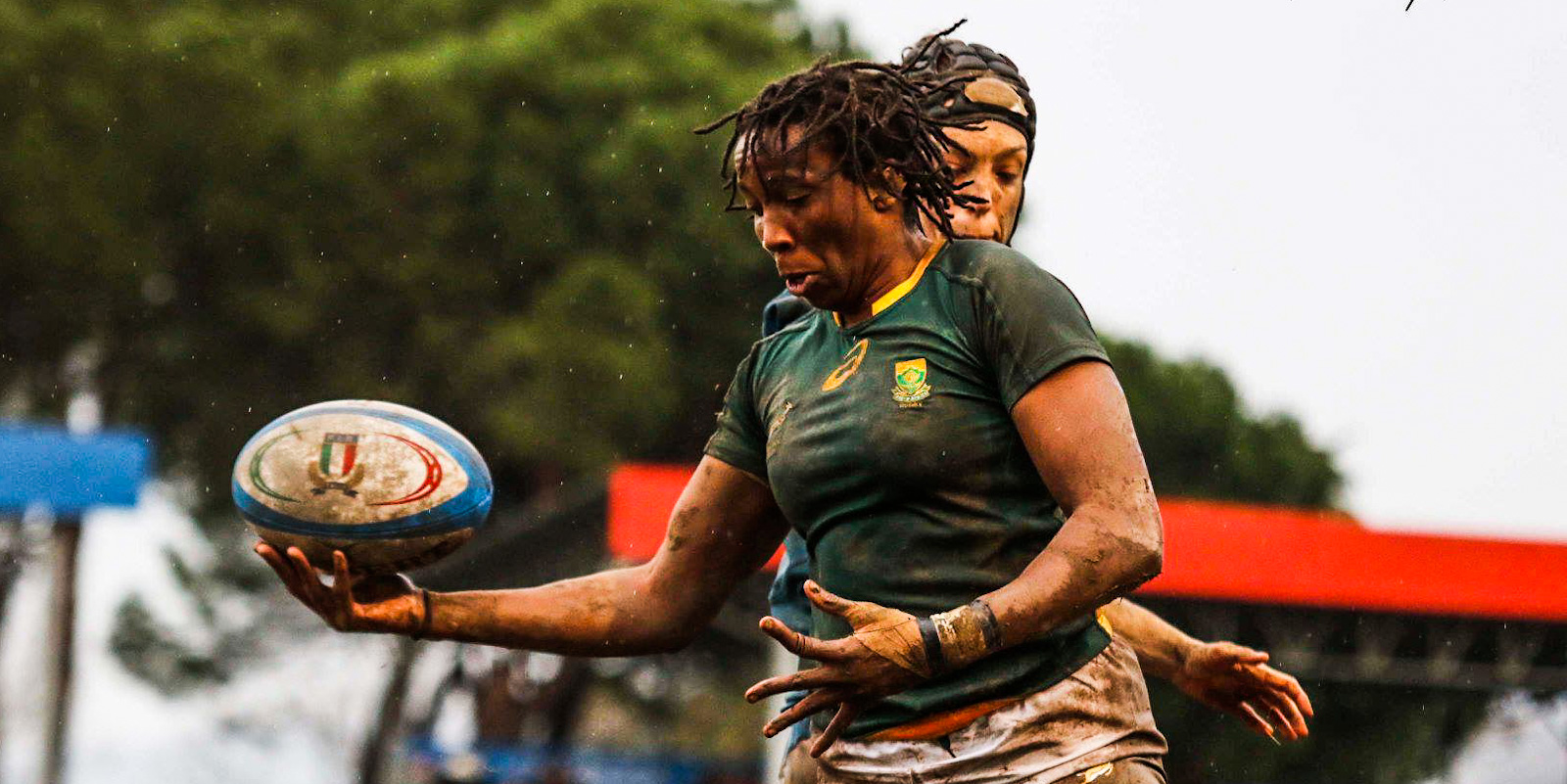 Jacobs and Roos, however, have had a taste of international rugby in the colours of the Springbok Women’s Sevens team.

“The RWC kicks off in a little over eight months, so it is vital that we use every opportunity we receive to get into gear so that we can be as well prepared as possible when we depart for New Zealand,” said Raubenheimer.

“This is the biggest stage the team will play on in seven years as we last participated in the 2014 RWC in France, and we are determined to be competitive and give a good account of ourselves.”

Raubenheimer was pleased with the quality of the group of players he assembled and said: “This squad includes a number of experienced players and leaders within the wider training group.

“It also features a few young players who will certainly benefit from the additional time with some of the more experienced campaigners from a rugby and team bonding perspective.

“We will have the wider training group together for two weeks in March and we have another camp planned from July until August with the entire squad, which will form a vital part of our preparation.

“That said, we have by no means finalised our Rugby World Cup squad, so the door is open for players outside of this group to play their way into the squad that travels to New Zealand.”

Zoning in on the camp itself, Raubenheimer said there were a few key focus areas that they would work on.

“The main aspects for us at this camp will be to build on and further develop our team culture, and to improve from a conditioning, rugby skills and game intelligence perspective,” he said.

The Springbok Women’s Sevens team, who finished seventh at the Commonwealth Games in Birmingham, will now turn their att...

Selection for the Junior Springbok Women will be one of the many rewards on offer to the country's leading Under-20 play...