It was heartbreak for the Free Staters after they launched a brilliant comeback in the second half – with two tries in quick succession – to take the lead late in the match.

The home team actually “won” the second stanza 20-14, but it wasn’t enough and unfortunately for the Toyota Cheetahs, Swiel (flyhalf) had the final say with his seventh penalty goal, awarded to the Capetonians off the back of yet another devastating scrum.

It’s fair to say the DHL WP scrum was the big difference between the two sides, but the Capetonians also defended very well, and made better use of their opportunities on attack.

Apart from struggling in the scrums, the Toyota Cheetahs were left ruing some ill-discipline and unnecessary errors which robbed them of attacking continuity. 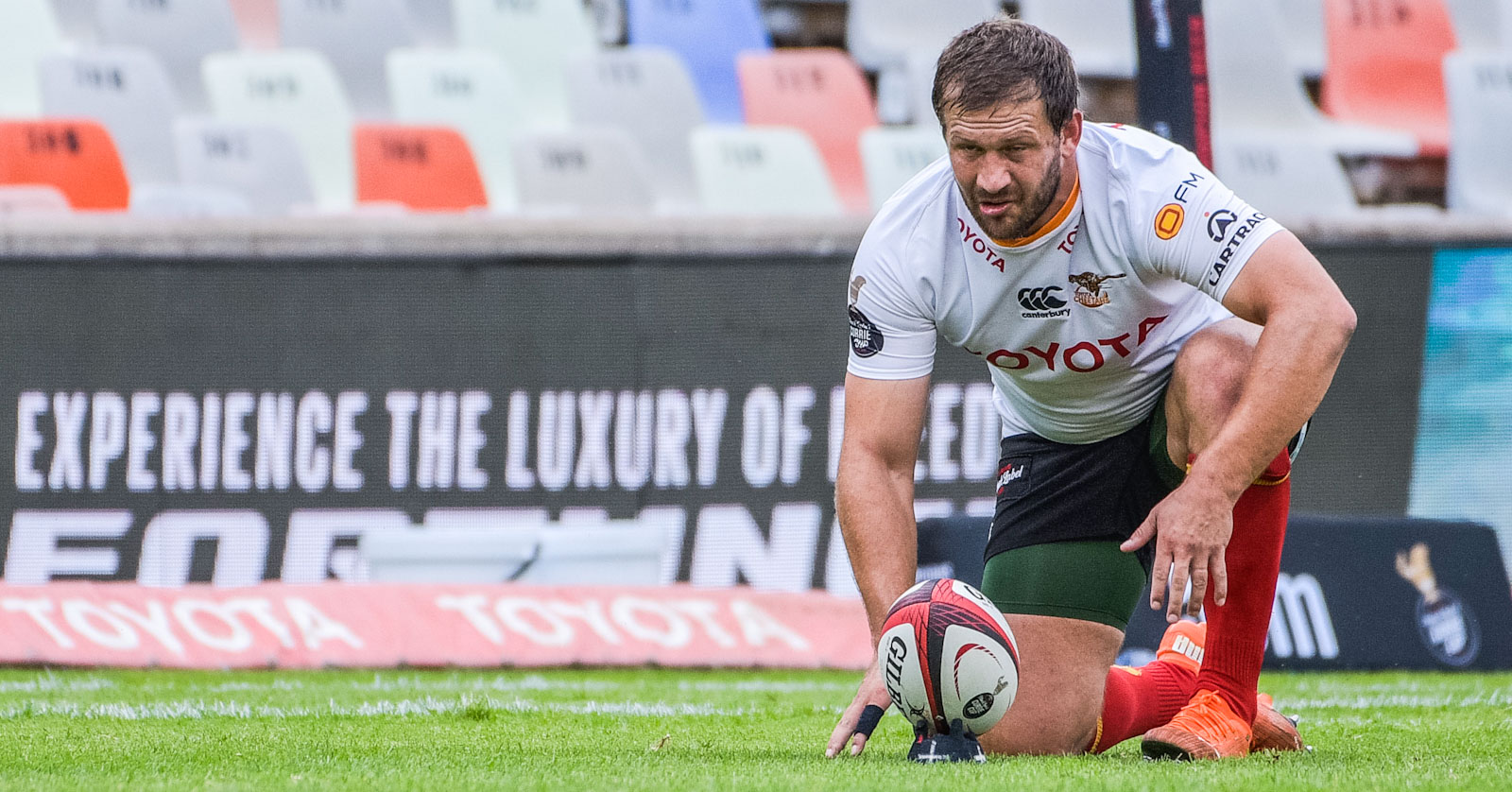 It was an evenly matched first quarter, with DHL Western Province enjoying the upper hand up front, although the visitors led 6-3 courtesy of two penalty goals by Swiel, and a solitary three pointer by Frans Steyn (inside centre), who had a brilliant game for the Toyota Cheetahs and delivered a flawless kicking display.

The Capetonians did cross the Free Staters’ try-line, but after the TMO had a closer look, the “try” by Herschel Jantjies (scrumhalf) was cancelled for an earlier knock-on.

Swiel stretched the visitors’ lead to 9-3 in the 28th minute as they played in the right areas of the field and forced mistakes from the Toyota Cheetahs, especially at scrum time.

Steyn, with two long-range penalty goals, and Swiel traded a few more three-pointers, which kept the Free Staters within range of the visitors on the score board.

It didn’t last long though as DHL WP scored a well-worked try, by Jaco Coetzee (flanker), on the stroke of half-time. It came from a lineout drive, which was the result of a penalty for the visitors from yet another dominant scrum.

Swiel pulled the difficult sideline conversion, but with 40 minutes gone, the Capetonians were in control at 17-9.

Two more penalty goals by Swiel, in the first 13 minutes of the second half, took DHL WP’s lead to 14 points as they looked to take control of the encounter, with good defence keeping the Toyota Cheetahs out from close range during this period.

Things changed quickly for the visitors though, with two converted Toyota Cheetahs tries in two minutes seeing the scores tied at 23-23 with 20 minutes to go.

First, Wilmar Arnoldi (hooker) crashed over for a try from a brilliant driving maul, after which some brilliant interplay by Clayton Blommetjies (fullback) and Rosko Specman (wing), from an average chip kick by Swiel, saw the Blitzbok speedster go over under the uprights.

Steyn’s fourth penalty goal, in the 65th minute, put his team in the lead for the first time in the match, as they seemed to realise the importance of a victory.

However, a careless and unnecessary shoulder charge by Blommetjies handed the momentum back to DHL WP as Bongi Mbonambi (hooker) was mauled over from the resulting lineout, which restored the Capetonians’ lead.

Swiel missed the conversion, which meant Steyn put the Toyota Cheetahs back in front with his fifth penalty goal with eight minutes to go when the home team won a scrum penalty.

The DHL WP flyhalf had the final say though…

Walter Sisulu University (WSU) scored a late converted try to beat the University of KwaZulu-Natal Impi 32-31 in the sec...

Tafel Lager Griquas have opted for continuity in selection for their Carling Currie Cup match-up against the Cell C Sharks in Durban on Saturday, with coach Scott Mathie making only one change to his side for the encounter that will play out live on SuperSport.

Ulster only unbeaten Guinness PRO14 team after dramatic round

Connacht scored an upset 35-24 win over defending champions Leinster during a dramatic weekend of Guinness PRO14 rugby, leaving Ulster as the only unbeaten team after 10 rounds of the competition.

Vodacom Bulls Director of Rugby, Jake White, has named an extended squad of 28 players in preparation for their rescheduled Carling Currie Cup clash against the Xerox Lions at Loftus Versfeld on Wednesday.

The kick-off time for Saturday’s seventh round Carling Currie Cup fixture between DHL Western Province and the Cell C Sharks in Cape Town has changed.

Experienced Springbok prop Jannie du Plessis will run out for the Xerox Lions in one of three changes to coach Ivan van Rooyen’s starting team for their final Carling Currie Cup pool match, on Wednesday against the Vodacom Bulls in Pretoria.