The world champions will don a unique commemorative jersey when they face the best players from England, Ireland, Scotland and Wales in three Tests on home turf next year in the much-anticipated Castle Lager Lions Series.

“Lions tours come around only every 12 years, so we thought it appropriate to create a jersey that is indisputably unique,” said Jurie Roux, SA Rugby CEO.

“It will be worn by the team on only three occasions and we wanted to make it memorable and special for the players and hopefully this unique rendering of Springbok green – in conjunction with the badge – will do exactly that.”

<< Click on the image below to buy the new Springbok jersey >> 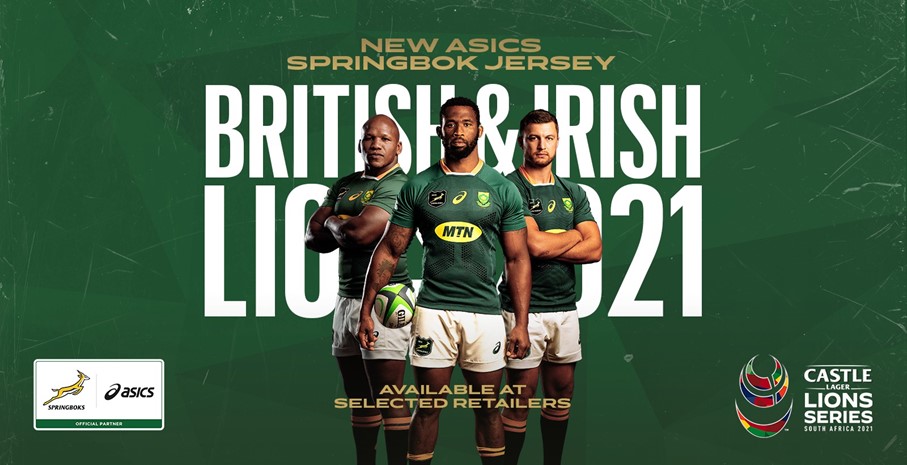 The 2021 tour will be 14th time the British & Irish Lions have visited South Africa and ASICS wanted to celebrate this rich history by putting a very classic spin on the most modern jersey.

“A British & Irish Lions Tour to South Africa is a hugely significant event for both players and supporters, as it takes place only every 12 years or so,” ASICS South Africa said.

“That kind of rarity bring with it a special responsibility when creating a jersey and we wanted the players and the fans to get goosebumps every time they pull that jersey over their heads.”

In that vein, the new jersey blends the traditions of garment manufacture, with the latest in performance garment design and materials.

Undoubtedly the new jersey’s most distinguishing feature, is its unique colourway. According to ASICS, colour-matching and colour-dying was historically not the precise art it is today. Very often when the team took the field from one game to the next, the jerseys didn’t look the same and potentially, often showed a different shade of green. 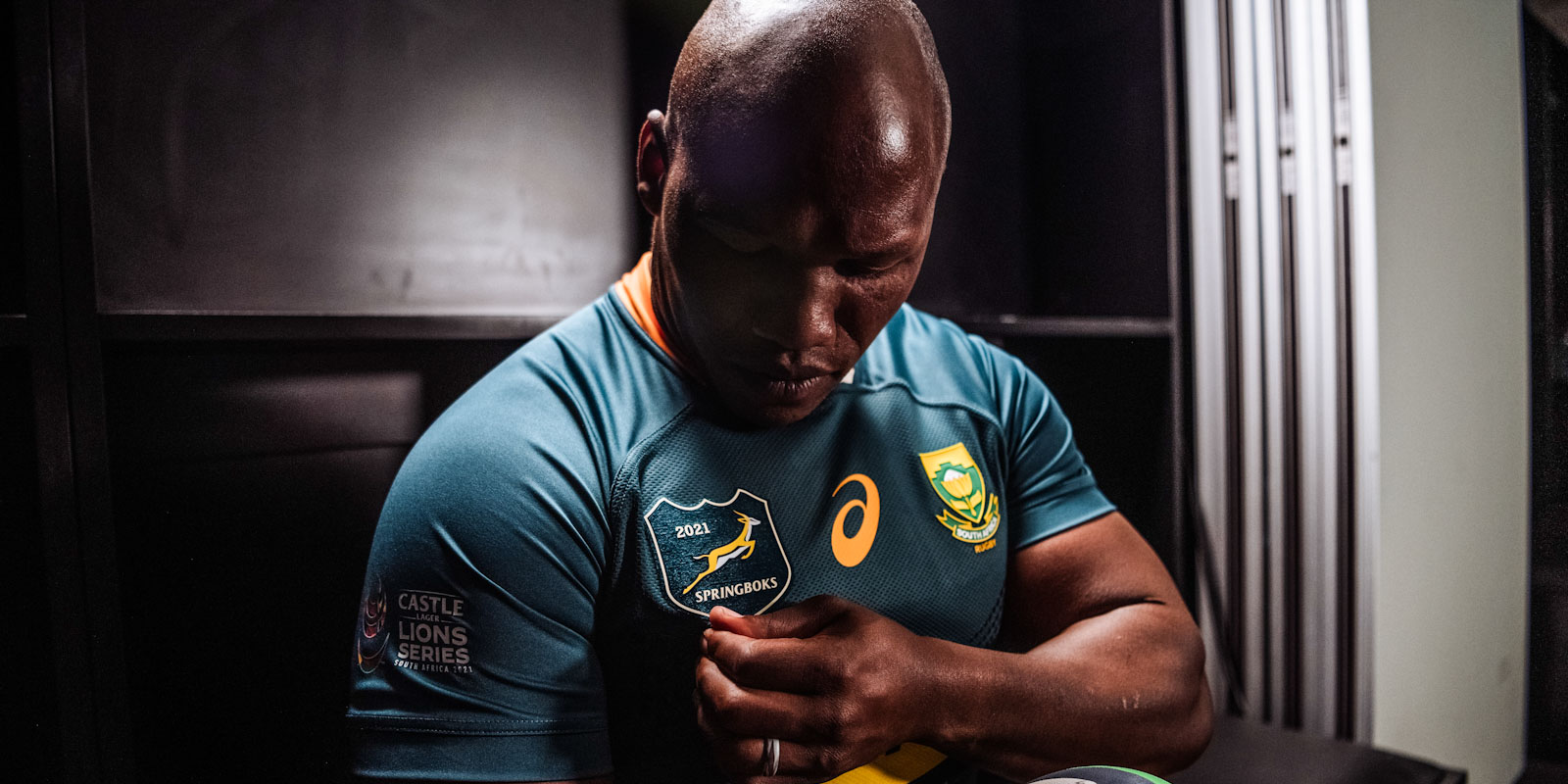 “You get green by mixing blue and yellow together and so a lot of the time when these guys ran out, their jerseys appeared to have a slight blue undertone,” added ASICS South Africa.

“It’s still green, of course, but slightly bluer than some of the modern green-and-gold incarnations. This jersey captures that essence.”

Apart from the colourway, the new jersey retains the classic gold collar and features an enlarged crest – much like on rugby jerseys of old – detailed by a 3D logo as seen on many Champions League football club kits.

The new jersey will also carry the logo of MTN, who have been proud partners of the Springboks for more than three years.

Nomsa Mazibuko, General Manager for Brand and Communication: MTN SA, said that both MTN and the Springboks have enjoyed a fruitful relationship over the years, which included South Africa becoming world champions. 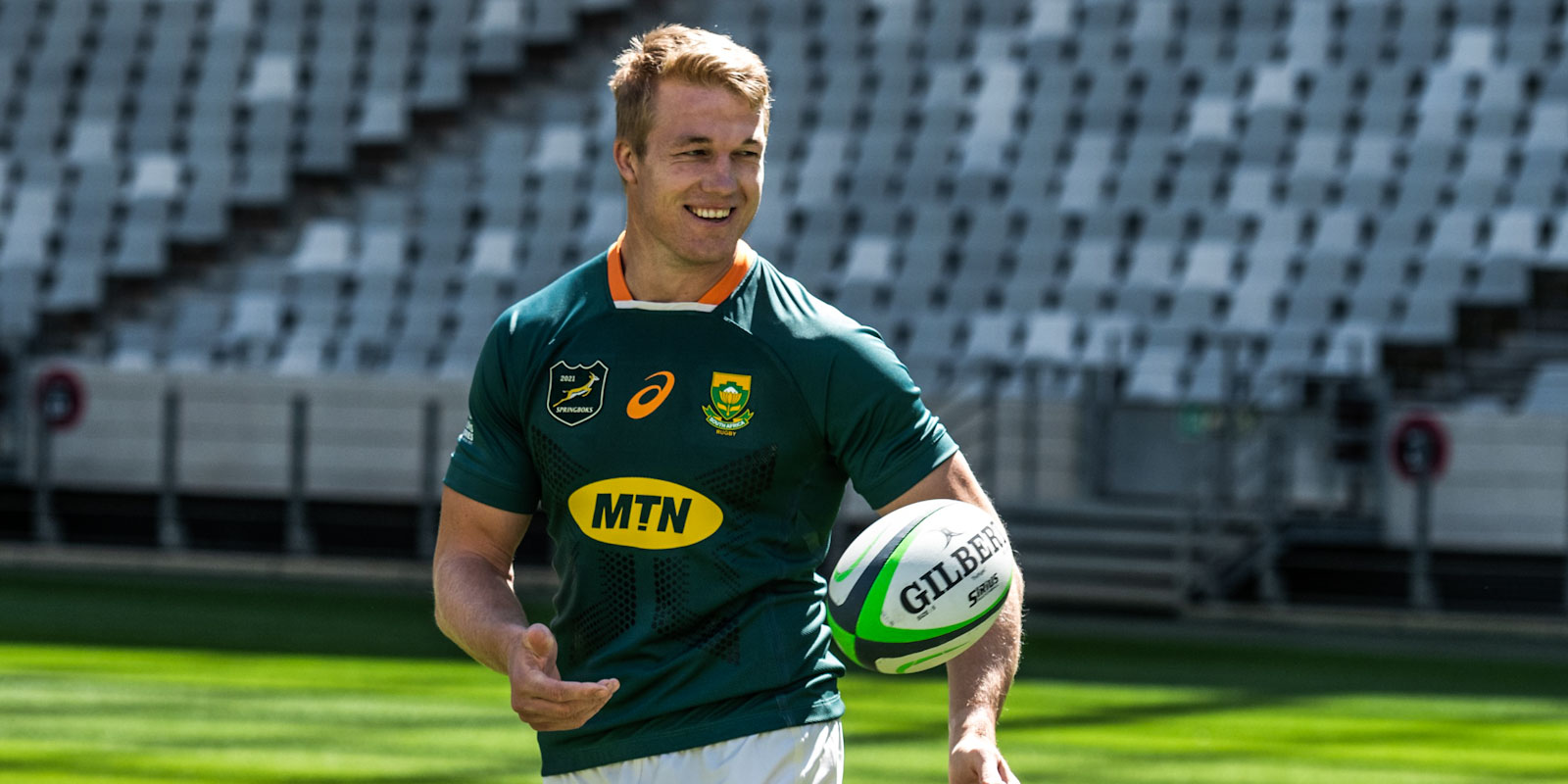 “MTN is proud to take this relationship a step further as principal-partners during the British & Irish Lions Tour 2021,” said Mazibuko, who also confirmed that partnering with the Springboks for this tour is a natural progression for MTN as this is widely regarded as the second biggest rugby tournament in the world considering it can only be experienced in South Africa every 12 years.

“It is our core belief that everyone deserves access to a modern connected life and MTN is the enabler that connects South Africans to one another and is a proud sponsor of their passion.”

The Castle Lager Lions Series begins on Saturday 3 July 2021 when the Lions face the DHL Stormers in Cape Town. Three weeks later the new jersey will be worn for the first time by the Springboks at the FNB Stadium in Johannesburg – a venue which previously hosted the 2010 FIFA World Cup Final.

The commemorative Springbok jersey for the 2021 series against the British & Irish Lions will be available to supporters from 11 December 2020 at Sportsman’s Warehouse, TotalSports, Sneakers and The Cross Trainer, as well as online at takealot.com and the SA Rugby Shop.

Former Junior Springbok speedster Marnus Potgieter will earn his first Carling Currie Cup start when he runs out at right wing for the Vodacom Bulls in their round three clash with the Cell C Sharks in Durban on Saturday.

Xerox Lions head coach Ivan van Rooyen made minimal changes to his starting team for their round three Carling Currie Cup match-up against the Toyota Cheetahs in Bloemfontein on Saturday, which marks a repeat of the 2019 final.