The Phakisa Pumas and Tafel Lager Griquas will kick off the round two action on Friday in Nelspruit at 19h00 in what could prove to be a gripping contest.

The action continues on Saturday with log leaders the Vodacom Bulls hosting the Toyota Cheetahs in Pretoria at 16h30 in what marks the visitors’ opening Carling Currie Cup clash, before all eyes switch to Emirates Airline Park at 19h00 for the match-up between the Xerox Lions and DHL Western Province.

The Cell C Sharks have a bye this weekend and all the action will be broadcast live on SuperSport. 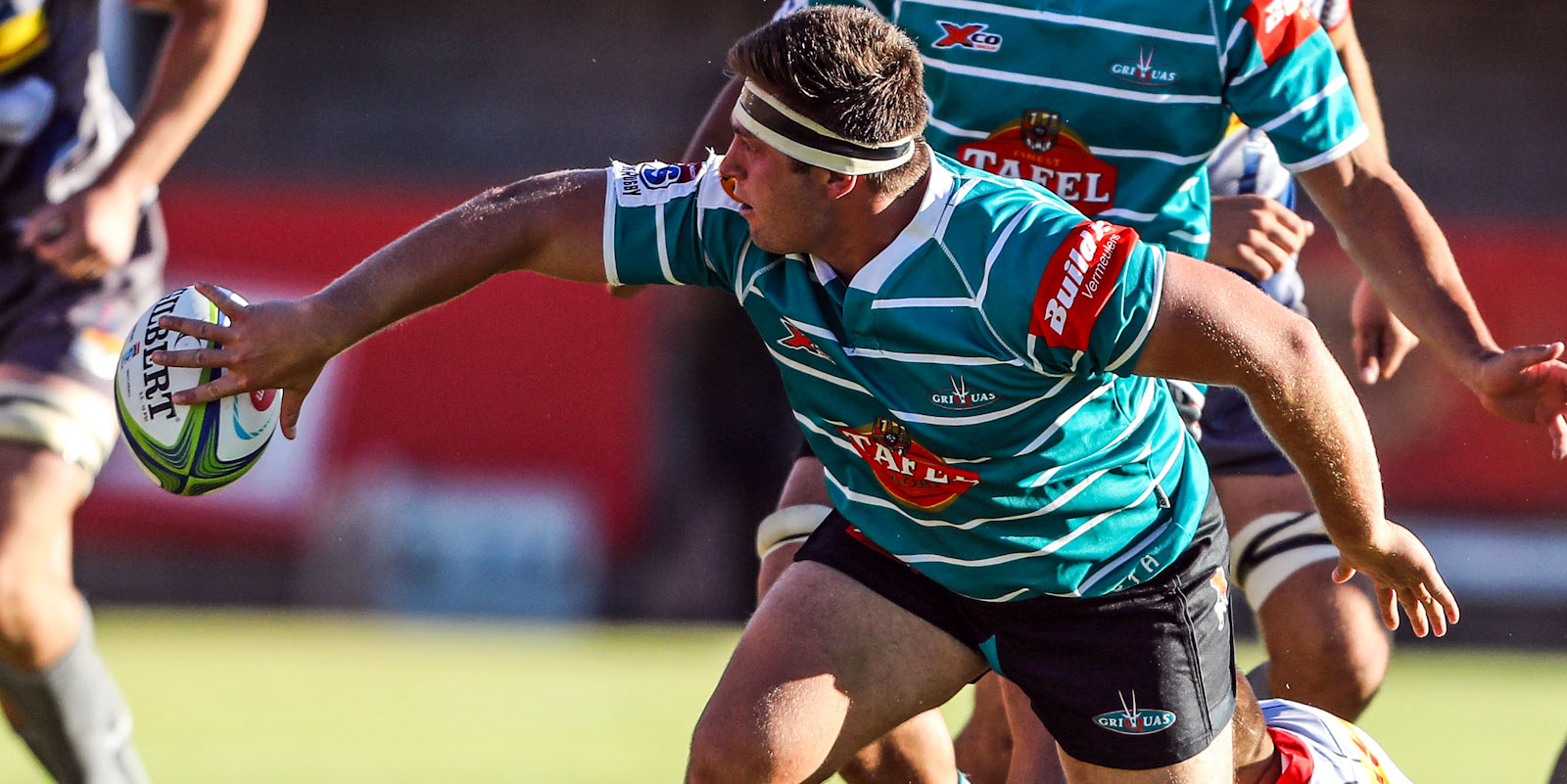 Tafel Lager Griquas will be looking to build on their impressive track record against the Phakisa Pumas in the Carling Currie Cup when they meet in Nelspruit on Friday night.

The men from Kimberley have won five of the last seven matches between the teams since 2014 – with two of those victories in Nelspruit, which is expected to fuel their determination to work their way off the foot of the table.

With only six points separating the teams on the scoreboard in their Vodacom Super Rugby Unlocked clash earlier in the season, it could prove to be a tightly fought affair.

Phakisa Pumas coach Jimmy Stonehouse made seven changes to his team – two of which were positional switches – which will see a new-look front row as Dewald Maritz (prop) and Simon Westraadt (hooker) earn starts next to Ruan Kramer.

The lock pairing also differs from last week with Le Roux Roets and regular captain Pieter Jansen van Vuren holding the fort, while the only change in the backline was at right wing, where Luther Obi takes over from Morne Joubert.

Replacement hooker Marko Janse van Rensburg will celebrate a big career milestone of 50 caps for the Lowvelders if he takes the field.

Former Southern Kings loose forward CJ Velleman will earn a first start for Tafel Lager Griquas in the only change to coach Scott Mathie’s starting XV. He replaces the injured Gideon van der Merwe, who was forced to leave the field against the Xerox Lions after taking a blow to the head.

While the Vodacom Bulls will be determined to hold onto their lead at top of the log on Saturday at Loftus Versfeld, defending Carling Currie Cup champions, the Toyota Cheetahs, will have their sights set on narrowing the gap between themselves and the top three sides on the log.

The home side may be in fine form with six wins in seven matches since the restart of the season in October, but they will be wary of the Free Staters’, who boast the bragging rights as the only team to topple them so far this season.

Adding to this, the Toyota Cheetahs won the last two Carling Currie Cup matches between the sides in Pretoria, which sets the scene for an entertaining clash.

Vodacom Bulls Director of Rugby, Jake White, made several changes to his squad with Kurt-Lee Arendse and David Kriel switching to fullback and right wing respectively, while Marco Jansen van Vuren earns his first start on the left wing.

There is a new halfback pairing as Morné Steyn returns to flyhalf with Embrose Papier manning his inside channel at scrumhalf.

Amongst the forwards, Sintu Manjezi (lock) will start his first match, while the front row sees two changes, both at prop, with Marcel van der Merwe and Gerhard Steenekamp getting a start.

Steenekamp's start at loosehead was down to the one-week ban handed to Jacques van Rooyen after he was shown a red card in their victory over DHL Western Province last weekend.

"The Cheetahs are the only team to have beaten us in the last round, so we are truly looking forward to this one,” said White. “I’m also excited about the changes we have made to our team, and I’m keen to see our new combinations.”

In the Toyota Cheetahs camp Victor Sekekete (flank) will earn his first Carling Currie Cup start for the Free Staters, while George Cronjé (flank), who still played for the SA Schools side last year, is set to make his senior debut if he takes the field.

Toyota Cheetahs coach Hawies Fourie made two injury-enforced changes to his side from their last outing late in November, with Sekekete filling the void left by Springbok Oupa Mohoje and Khutha Mchunu (prop) coming in for Hencus van Wyk. 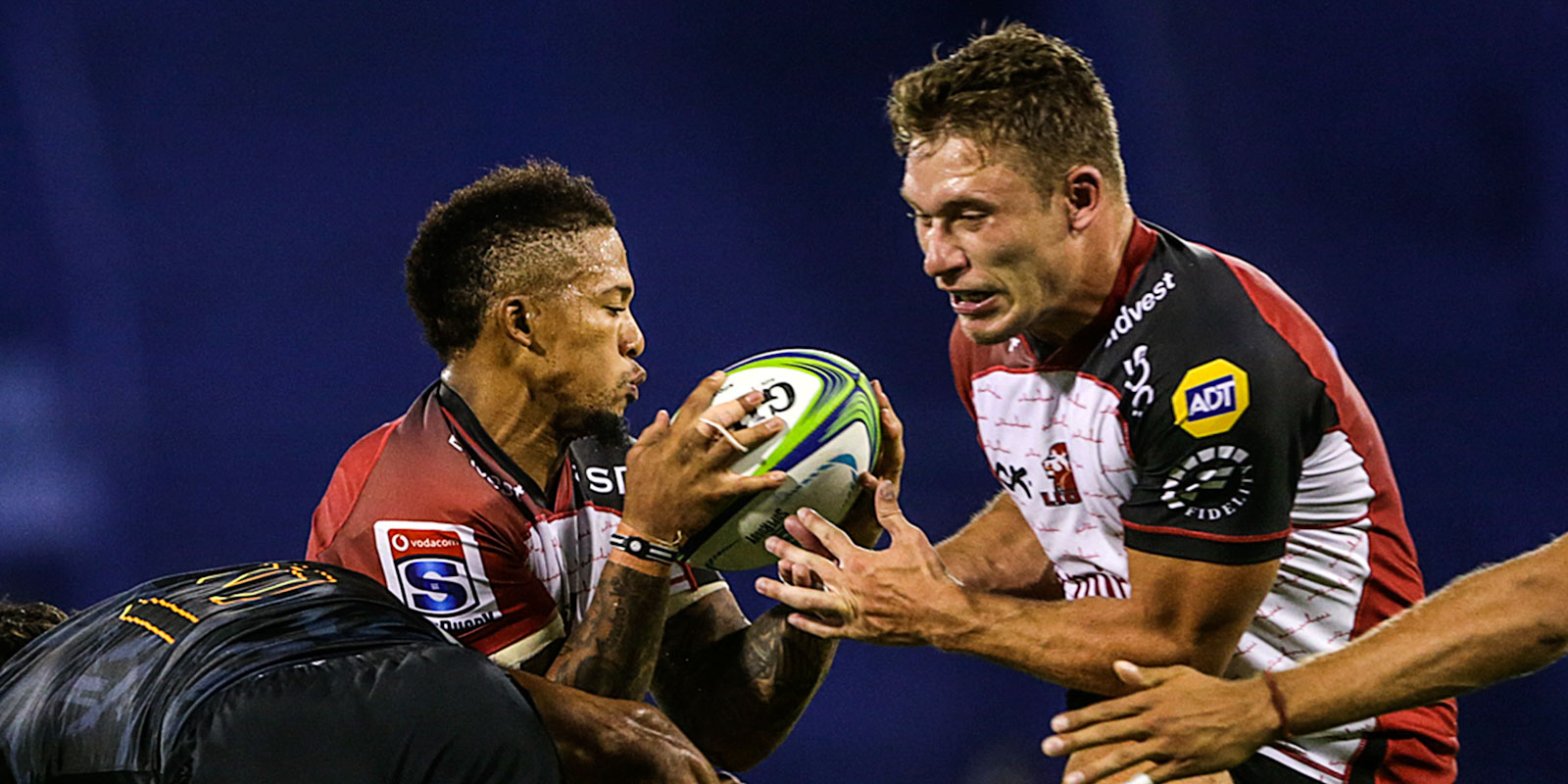 Carling Currie Cup log positions will be at the centre of what is expected to be a gripping encounter between the Xerox Lions and DHL Western Province in Johannesburg, especially with only four points separating the teams on the log.

The Johannesburgers are currently in fifth place on the standings – only one point behind the Toyota Cheetahs – and a victory this weekend would not only allow them to edge closer to the top sides, it could see them build valuable momentum after kicking off the competition on a winning note last week against Tafel Lager Griquas.

DHL Western Province, meanwhile, will target a victory in an attempt to leapfrog the Cell C Sharks into second place on the standings while the Durbanites enjoy a bye, but similarly to the hosts they will be expecting a tough clash, especially given the balanced results between the teams in the competition since 2016.

Tiaan Swanepoel will make a highly anticipated starting debut for the Xerox Lions at fullback in one of two changes to the side that grabbed a come-from-behind win last weekend.

He replaces the injured EW Viljoen, while the other change is at scrumhalf where Ross Cronje swops places with Morne van den Berg in a rotation switch.

DHL Western Province coach John Dobson reshuffled his backline for the clash, making three changes and two positional switches which sees Damian Willemse starting at fullback in place of the injured Warrick Gelant, while Tim Swiel will start at flyhalf in a new halfback pairing with Godlen Masimla.

Ruhan Nel has been drafted into the starting line-up at outside centre for the first time this season and will link up in the midfield with Dan du Plessis, who moves to inside centre.

“We know that we will have to be at our best for 80 minutes this weekend if we are going to get the result that we are looking for,” said Dobson.

“We have prepared well for this game and everyone is looking forward to the opportunity to show what it means to us to play for DHL Western Province.”

Phakisa Pumas hooker Marko Janse van Rensburg will celebrate a big career milestone of 50 caps for the Lowvelders on Friday if he takes the field in their Carling Currie Cup clash against Tafel Lager Griquas in Nelspruit.

Victor Sekekete and George Cronjé will earn Carling Currie Cup honours for the Toyota Cheetahs on Saturday when they line up against the Vodacom Bulls at Loftus Versfeld in their opening match of the competition.

Swanepoel and Cronje to start for Xerox Lions

Tiaan Swanepoel will make a highly anticipated starting debut for the Xerox Lions in round two of the Carling Currie Cup, when they host DHL Western Province at Emirates Airline Park in Johannesburg on Saturday.

Vodacom Bulls Director of Rugby, Jake White, has made several changes to his matchday squad for their round two Carling Currie Cup clash with the Toyota Cheetahs in Pretoria on Saturday, when the depth of their backline will be tested, while the forwards will also sport a few new faces.

Former Junior Springbok flyhalf Brandon Thomson missed an easy conversion that would have given the Glasgow Warriors a much-needed win against the Dragons in one of two Guinness PRO14 fixtures played over the weekend.

Three Boks in World Rugby’s Team of the Decade

Phakisa Pumas hooker Marko Janse van Rensburg will celebrate a big career milestone of 50 caps for the Lowvelders on Friday if he takes the field in their Carling Currie Cup clash against Tafel Lager Griquas in Nelspruit.