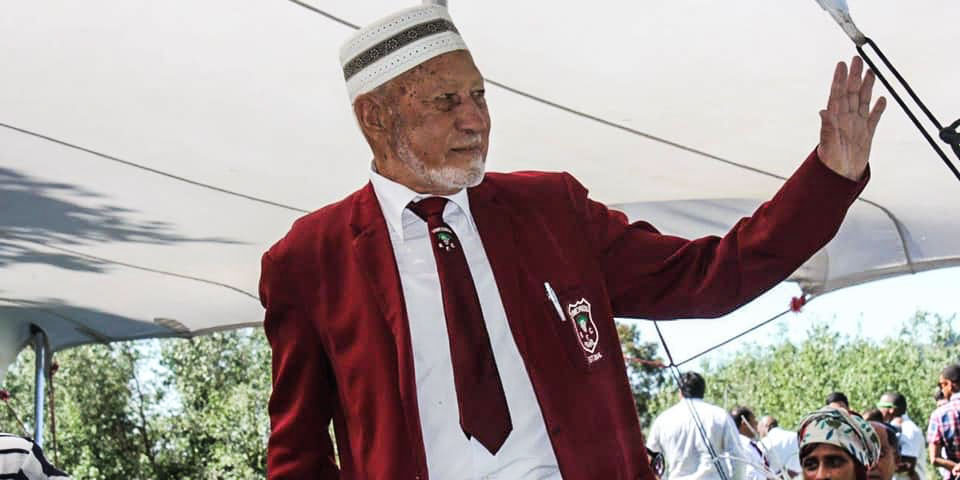 Moerat, who received national colours in rugby and provincial colours in cricket and tennis, turned 91 years old on 2 November 2019, on the day the Springboks won the Rugby World Cup Final in Japan.

“He was a big supporter of the Springboks and it was apt in a way that he could celebrate his birthday last year on the same day that Rassie, Siya and the team brought us so much joy by winning the World Cup.

“But Boeta Yusuf will be remembered for the profound impact he’s had on the lives of many, especially his contribution to the Paarl community.

"Not only was he a very skilled sportsman, but he will also be remembered as a respected leader in all spheres in life. He served various other organisations, including the Paarl Muslim Jamaah.”

Moerat leaves behind a big legacy in sport, especially rugby, where he was life president of Vineyards Rugby Football Club in Paarl, a club with a long history which was founded by members of the extended Moerat family in 1944.

He played for Vineyards’ first team for 14 years and served as club chairman for 27 years, and once famously scored seven tries in a match against Marines RFC from Strand, to this day a club record.

Moerat went on to coach the Vineyards team as well and in this time, they were the Silver Trophy champions for four successive seasons, while he was also very well-known in the pigeon racing community, served as the Vice-President of the South African National Pigeon Association and had Springbok colours in that sport.

Mr Alexander said Moerat gained much admiration for his sporting prowess, but it was his leadership in the community that elevated him.

“His willingness to serve and his unselfish nature inspired many, who looked up to him as a father figure,” added Mr Alexander.

“He was well loved and his positive outlook and demand for fairness in life was a beacon of guidance to many. Our thoughts and prayers are with the family, friends and all those whose lives Boeta Yusuf touched in this time of grief.”