The Boks will open the tour against Wales in Cardiff on Saturday, 6 November, then travel to Edinburgh where they will line up against Scotland on 13 November, and conclude the trip against England in London on 20 November.

While winning all three Tests would be a great achievement for the Boks, Kitshoff said the team preferred to take each game in their stride.

“We haven’t spoken about that (winning all three Tests) as a team,” said Kitshoff.

“We’d like to play good rugby, create momentum and build up to the next Rugby World Cup.

“So, we are more focused on playing quality rugby, and this starts with winning the first game, because if we don’t, that goal will go out the window.”

Kitshoff said after spending a few days in Paris where the players have participated in a number of training sessions, they were comfortable with the different playing conditions.

“We’ve had a couple of days here where the ball has been slippery and wet and we are starting to get used to the conditions,” said Kitshoff.

“In terms of our style of play, we know how we want to play. Obviously if the ball is wet, we cannot throw it around as much, so one will probably kick a little more, which could suit us. But this could suit the opponents as well.” 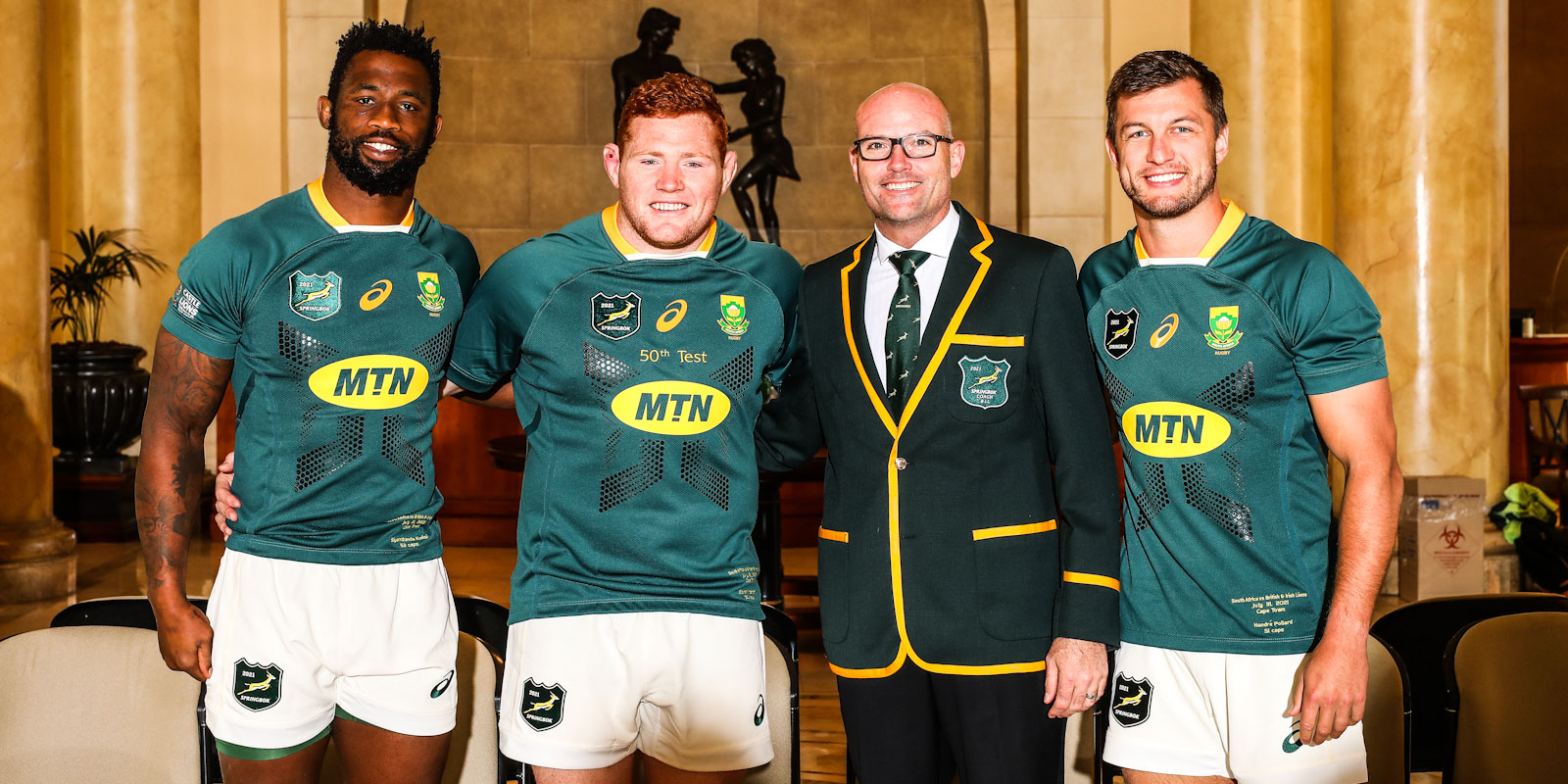 Steven Kitshoff earned his 50th cap in the second Test against the British & Irish Lions in August.

Looking ahead to the first Test against Wales, Kitshoff said: “There will be a lot of scrum opportunities. They are a good team with tough guys who don’t go away, and they play with a lot of passion and pride so they’ll be tough to beat physically.

“We won’t change much in our preparation and how we do things, so our build-up for each game will be the same as all the other games we’ve played.”

“It is a different ball game when we play in the northern hemisphere. I’ve have had a good stint here and I’ve been here with the Boks.

With players from Wales, Scotland and England having featured in British & Irish Lions team that suffered a two-one series defeat against the Springboks earlier this year, Kitshoff expected the result of the historic Castle Lager Lions Series that was hosted in Cape Town to add spice to the next three matches.

“All three teams will come with a vengeance and a bit of a sting because they will take it personally, so it will add more flavour,” said Kitshoff.

“So, we’ll get our ducks in a row now to make sure we go into the Tests well prepared so we can go out there and try to win.”

On a personal note, the 29-year-old - who has racked up 56 Test caps since making his debut in 2016 - hoped to continue making his presence on the field for the next few years.

“Personally, I hope that I can only go uphill from here," he smiled.

“I am grateful for the opportunities I’ve have had in my career. Obviously as one gets older your experience in games begins to count more, even though one is not as good in the gym as the younger players.”

The Springboks will depart for Wales on Sunday where they will meet up with the European-based contingent of players who completed their club commitments this weekend. They will return to the training field in Cardiff on Monday.

Kinsey: Learning and improving will be key on tour

The Rugby World Cup is only 11 months away for the Springbok Women and as the clock is ticking towards the showpiece in New Zealand next year, the strong developmental nature of their November Series tour to France, Wales and England will form an important part of their end-goal.

The names of the 15 players in the starting team for the exciting Carling Champions Match – which was selected by fans of the Carling Currie Cup teams – were revealed on Thursday, with Vodacom Bulls hooker Schalk Erasmus leading the way with the most votes from rugby supporters across South Africa.