Nché will start at loosehead prop with Trevor Nyakane switching to tighthead after Frans Malherbe was ruled out of selection due to a neck niggle, while Wiese takes over from Marco van Staden, who suffered a shoulder injury in the latter stages of last week’s 19-17 defeat against the All Blacks in Townsville.

Cheslin Kolbe, who missed the team’s first two matches against the Wallabies and last week’s outing against the All Blacks due to a leg injury, trained with the team on Monday and Tuesday, but he was unable to complete the last training session, which dashed his hopes of making a comeback.

The match at the CBUS Super Stadium kicks off at 20h05 (09h05 SA time) and will be broadcast live on SuperSport.

“We made a big step-up in terms of our performance last week and having reviewed the match, there is no doubt we delivered a performance worthy of a victory,” said Nienaber.

“With that in mind we opted for continuity in our team, so the only change in the run-on side is Ox taking over in the front row after Frans was ruled out.

“Trevor is a seasoned campaigner who is equally comfortable at loosehead and tighthead prop, and Ox is a strong scrummager, so we are looking forward to seeing what they can do in the scrums.

“Cheslin would have started the match if he made a full recovery from the leg injury which has kept him out since the beginning of our Australian tour, but unfortunately his injury flared up during the latter stages of Tuesday’s field session, so we could not select him.

“On the bench, Jasper takes over from Marco, and we are fortunate in that they are similar in terms of their physicality and strong ball-carrying abilities.”

Nienaber stressed the importance of turning the corner after three successive defeats on tour and said the entire squad was aligned in terms of what their roles were to steer the team to a much-needed win. 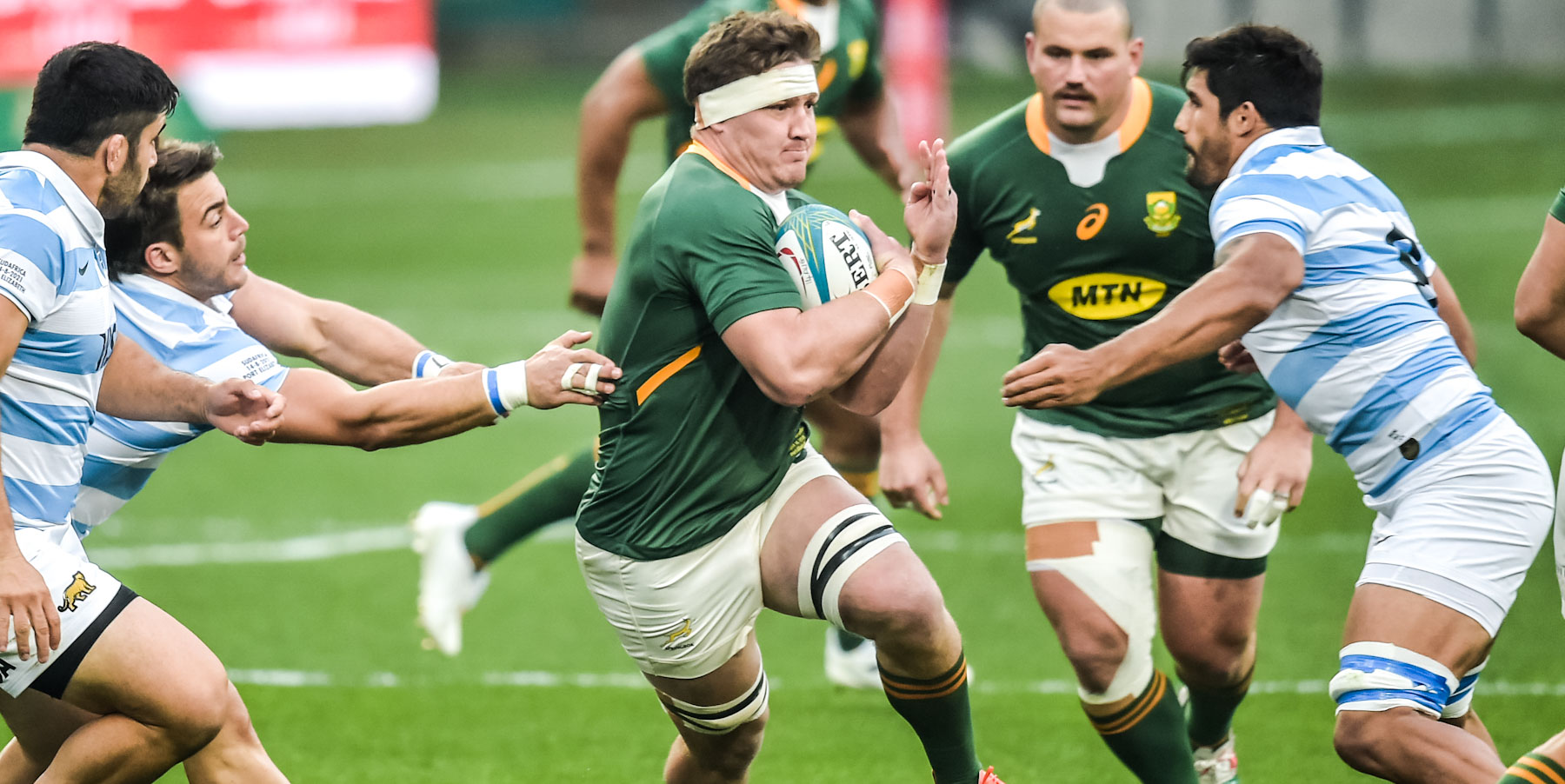 “We are bitterly disappointed about the results in the last few weeks and everyone in our team realises the importance of finishing the Castle Lager Rugby Championship on a winning note,” said Nienaber.

“Every member of squad will have a role to play in ensuring that the players on the field are at their best on match-day, and we have no doubt that if we can build on the strong points of our game last week and improve further on the execution of our game plan, we can get the desired result.

“We know it is going to take a colossal 80-minute effort, but the drive to succeed and motivation to win this weekend is as big as it gets.

“Last week we stuck to our DNA and style of play, and with a little more luck we could have come away with the result, so we need to ensure that we are better at it this week.

“We are ready for this challenge mentally and physically and we know what we are capable of as a team, so we’ll go out there and give everything we have.”

Matthew Carley (England) has been appointed the match referee with Australia’s Damon Murphy and Jordan Way (Australia) serving as assistant referees, and their compatriot Brett Cronan is on TMO duty.

Springbok Women's centre Zintle Mpupha has signed a one-year deal with English club Exeter Chiefs, making her the second South African female player to pen a professional deal in Europe in a move that was welcomed by SA Rugby.

The Springboks need to stick their strengths and deliver an accurate performance in all areas of their game for the full 80 minutes as they attempt to bounce back strongly against the All Blacks in their final Castle Lager Rugby Championship match in Gold Coast on Saturday, according to Ox Nché.