Top of that list was Ronald Brown, whose first World Series event culminated with the HSBC Player of the Final gong, as well as being named in the HSBC Canada Sevens Dream Team, voted for by fans afterwards.

Brown was one of four Blitzboks named in the Dream Team, alongside Ryan Oosthuizen, Angelo Davids and Dewald Human, a clear indication of the strong performance delivered by the South Africans.

The 26-year-old made the top three in most of the statistical categories – he made the second most tackles and clean breaks, and was third in tries scored in a well-rounded performance.

Brown made his national debut in July, when he represented South Africa at the Olympic Games in Tokyo, but was offered limited opportunities in Japan.

With South Africa's most experienced player ever, Branco du Preez, injured and Selvyn Davids ruled out shortly before departure to Canada, the sweeper mantle fell neatly onto Brown’s shoulders.

And he did not disappoint. For Brown, whose recovery from Hodgkin's lymphoma is well documented, time on the field is like gold dust.

“As a team we stuck to our processes and when that happens, the individuals also look good,” Brown said.

“The challenge to keep up the high standards we set in Vancouver this weekend Edmonton will be our main focus. We have worked hard before we came here, and that is not going to stop.

“We have no choice but to give our best every time. We represent the jersey and those who held it before us, you have to leave it in a better place. We as South Africans, and us as Blitzboks, have to keep those standards and always try to improve on that.”

Those wearing the jersey before him include illustrious names such as Cheslin Kolbe, Rosko Specman, Du Preez and Davids. According to Brown, he will play whenever and wherever he is needed. For that, he needs to be ready at all times.

“I can only put myself up for selection every time the coaches sit down to select a team,” he said.

Brown's performance certainly laid down a marker. He made the second most clean breaks (7) alongside Alvin Otieno, topped only by another Kenyan, Daniel Taabu (8); placed third with tries scored (6); and was second in tackles made.

In fact, the Blitzboks mowed down the opponents like no other. They made 103 tackles, followed by Hong Kong (88) and Ireland (74), with Christie Grobbelaar (22), Brown (18) and Sako Makata (12) the top three defenders in Vancouver. 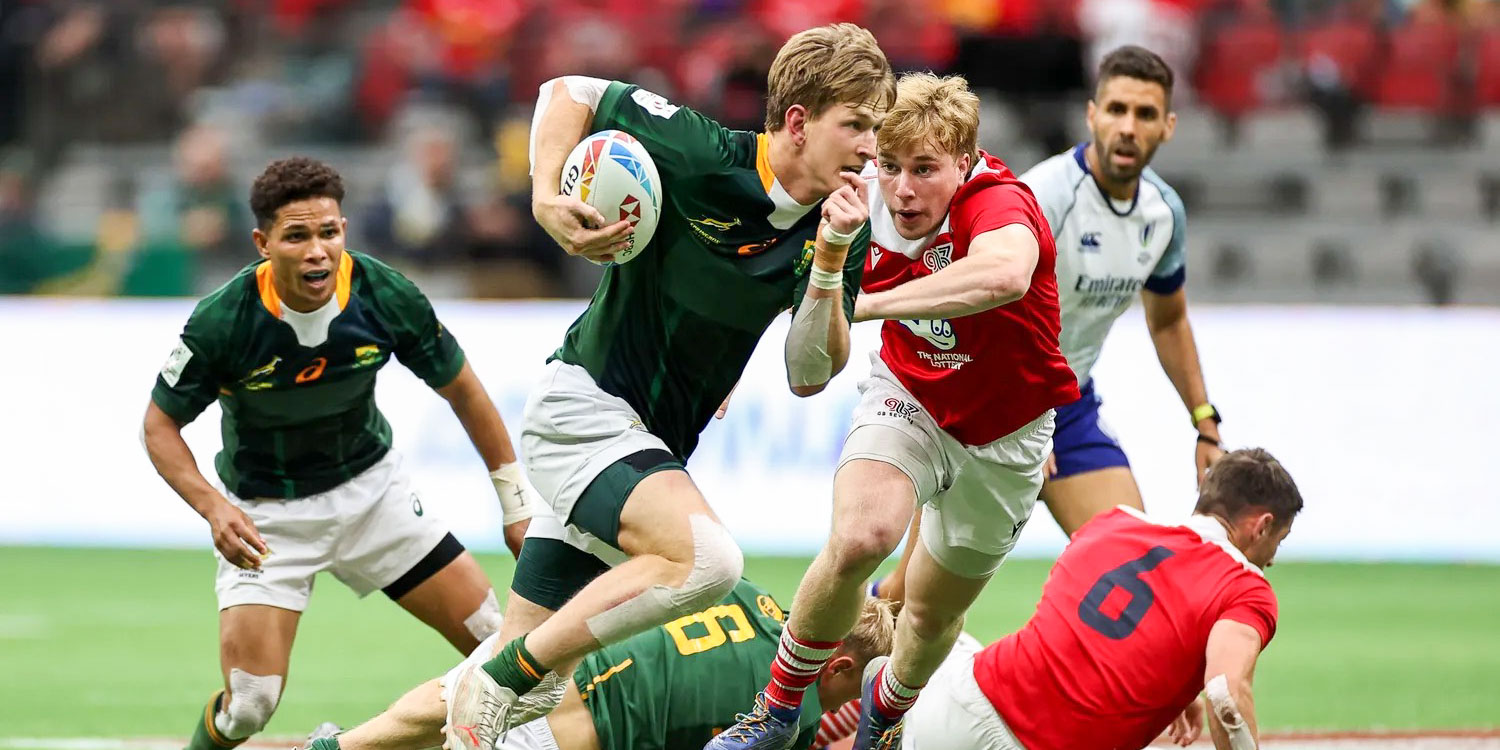 Another who enjoyed his return to the top fray was Dewald Human, who last played in the 2019 World Series. He started in every match and made 27 runs, second only to Taabu.

The diminutive playmaker combined well with his outside backs, with two pinpoint kicks also resulting in tries to Angelo Davids. Human’s contribution of 39 points came from one try and 17 conversions, the most by any player.

“We are playing with smiles on our faces and hopefully it brings smiles to those supporting us. We really enjoy it to be out there and represent our country,” Human said.

Boks to reset mentally with All Blacks looming

Handré Pollard admitted that while the Springboks were bitterly disappointed following their 30-17 defeat against the Australia on Saturday it was important to reset mentally as soon as possible as they prepare to face New Zealand next week.