The Springboks built on an encouraging first half in which they held a 21-9 lead over Los Pumas at the Nelson Mandela Bay Stadium to outscore the visitors three tries to none for the 32-12 win.

This followed on a triumphant Castle Lager Lions Series last week in which they clinched a two-one series win in Cape Town.

Jantjies was in fine form and slotted five penalty goals and a conversion to keep the score-board ticking over, while Wiese was named Man of the Match after a stellar performance in the No 8 jersey.

“It was massive for us to get the result and a bonus point in the first match,” said Jantjies.

“Argentina are a well-coached team, and they play with a lot of emotion.

“We knew what their plan was, and they tried to implement it throughout the match, but we did well to implement our plan and to get the result as well.”

The experienced flyhalf added: “It was also good to see a few guys get a chance to play, and players like Joseph (Dweba, hooker) and Jaden (Hendrikse, scrumhalf) making their debuts.

“This is a special team when it comes to preparation for a match, whether one plays or doesn’t. Everyone works together as a team.”

Wiese agreed whole-heartedly with Jantjies about the special nature of the team, and said the experience since joining the squad has been phenomenal.

“The first thing for me is that you have to put the team first and then as an individual to know your role and to do everything to the best of your ability for the team,” said Wiese.

“At the Springboks you are playing for something much bigger than yourself. 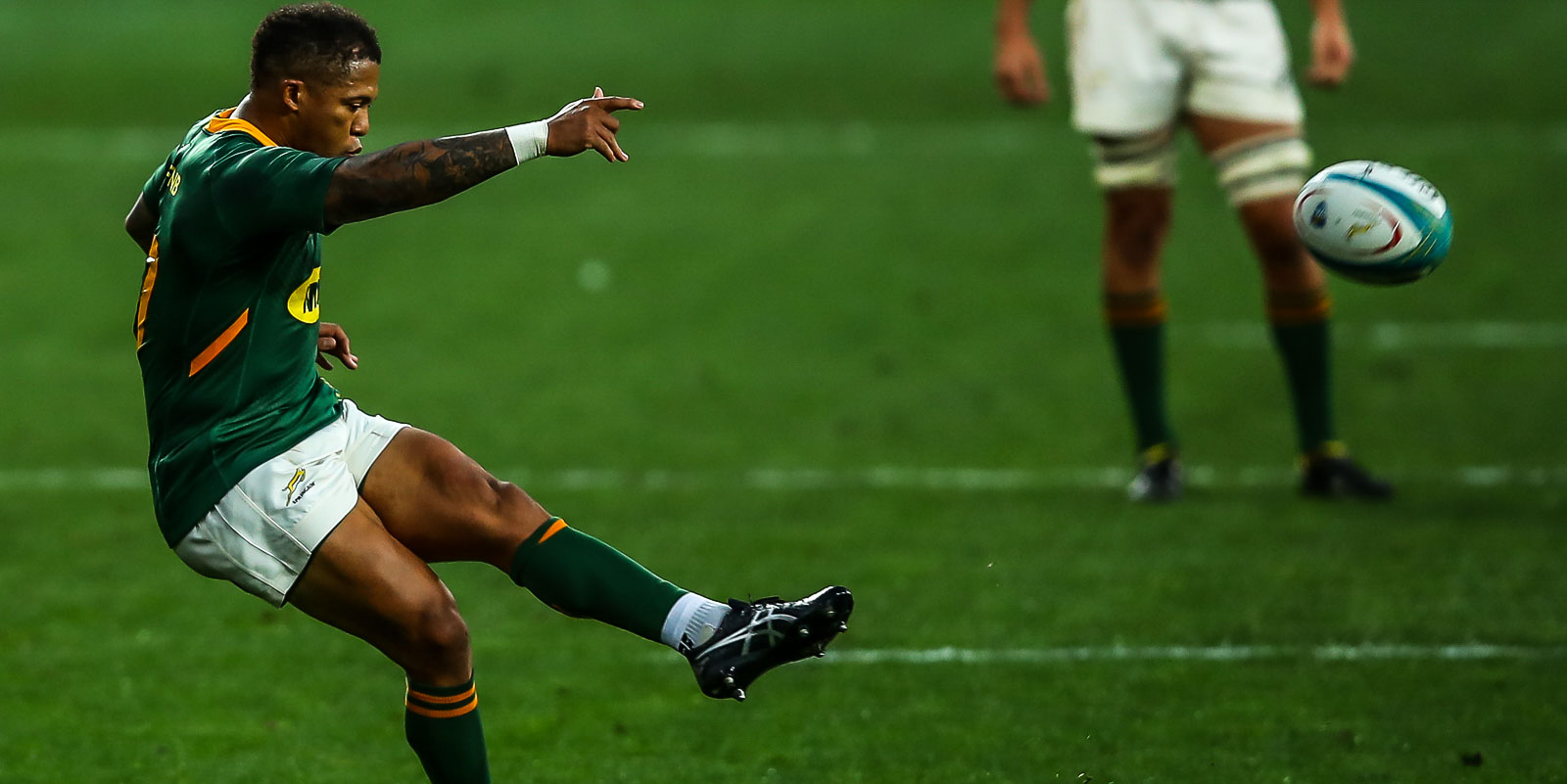 Elton Jantjies in action in the first Test against Argentina.

“It’s been amazing for me to experience how unbelievable the guys are, how positive they are around one another, and how we get each other ready for big days. I’ve learned to put myself behind the team and to give everything for them.”

Jantjies said another notable trait about the squad was the ability to switch on mentally for big occasions – as they did this week after their triumphant Castle Lager Lions Series campaign.

“It was a privilege to win such a big series against the British & Irish Lions and then to have a chance to play in the Rugby Championship,” said Jantjies.

“We celebrated (winning against the British & Irish Lions) last week Saturday, and from Sunday it was about recovery and preparing for this match.

“The preparation this week was great, and it showed the in standards set that everyone was switched on.”

Wiese, who earned his fourth Test cap on Saturday, admitted that while he had to step into big boots in the absence of Duane Vermeulen - who will return to the field once he has made a full recovery from the ankle surgery that sidelined him for the opening stretch of the season – the experienced Bok No 8, who was named the SA Rugby Player of the Year for 2020, has had an influential presence in the last few weeks.

“He has a presence about him and ever since he joined the camp he has been actively talking to the guys and guiding everyone at training.

“It is big boots to fill, and I don’t know if I will, and I know that he will be massive when he comes back.

“So, I don’t think anyone can fill his boots, I can only try my best.”

Several Law Trials will take place in the Castle Lager Rugby Championship, similar to those trialed in Super Rugby ... but which ones?

Jaden Hendrikse has been called up to the Springbok bench for Saturday’s Castle Lager Rugby Championship Test against Argentina in Nelson Mandela Bay following the withdrawal of Herschel Jantjies due to injury.

Tune in for the second Test between the Springbok Women and Kenya Lionesses, live from Stellenbosch at 15h00 on Monday.

The Springbok Women, leading 17-12 at the break, had to overcome a strong second half surge by Kenya and needed a late try by their captain, Lusanda Dumke, to beat the East Africans 29-22 at Danie Craven Stadium in Stellenbosch on Monday.