Janse van Rensburg was a key figure for the Blue Bulls Women during the Premier Division competition, showing her class as the top points scorer with 71 points – 17 points clear of her closest competitor – while DHL Western Province’s Snyders was one of the top try scorers during the competition.

“We are delighted to be able to name a squad of this quality for our second training camp this year in preparation for the Rugby World Cup which will be hosted in New Zealand next year,” said Raubenheimer.

“We kept a close eye on the players’ performances in the Women’s Premier and First Division competitions and we were immensely impressed by the quality of rugby on offer, and by the sensational performances by a number of individuals. 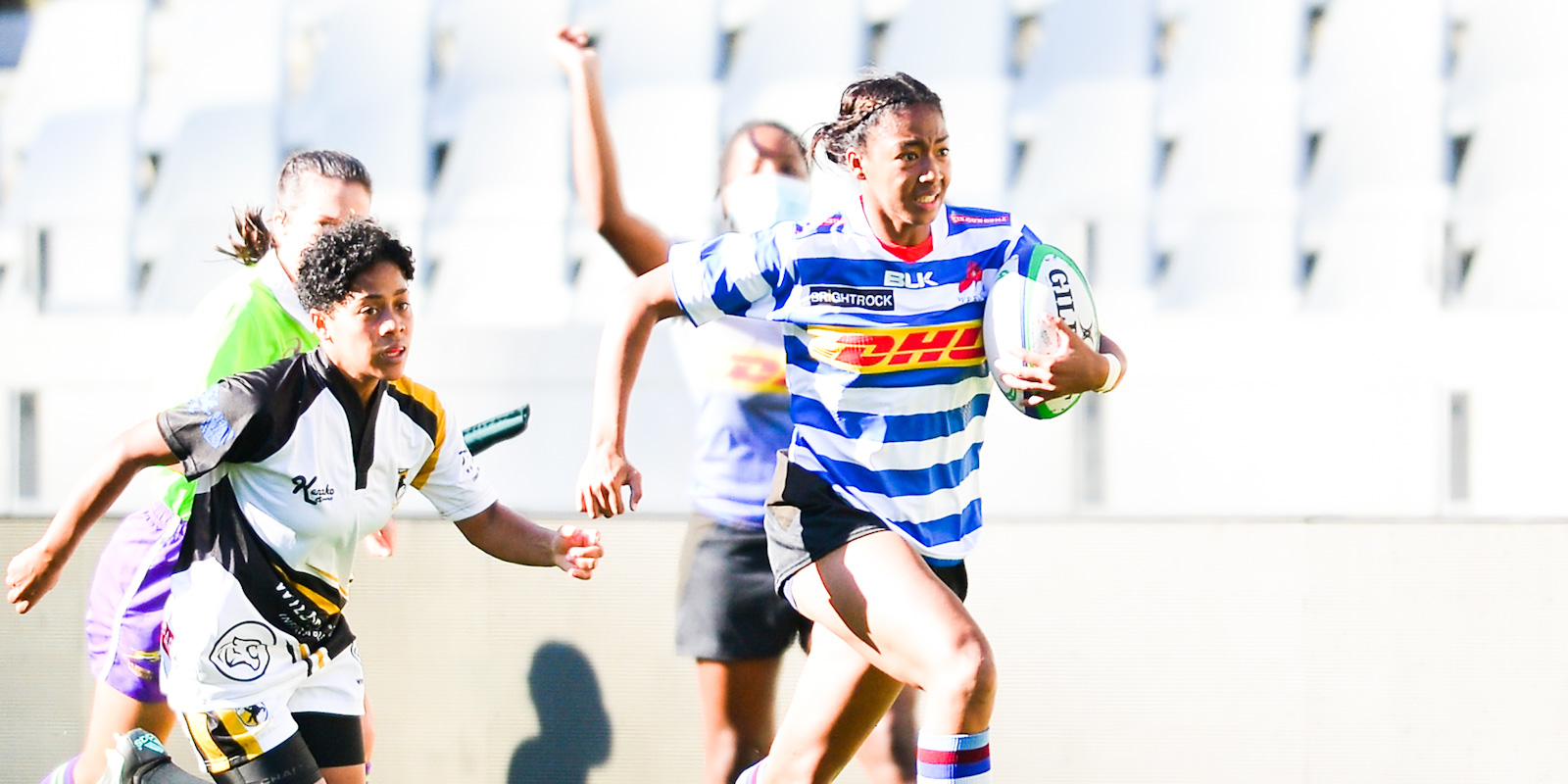 Alicia Arries is one of 12 newcomers to the Springbok Women's training squad.

“Several of these newcomers have shown their class consistently since the competition kicked off and we are excited to see how they’ll respond in the national set-up as we build toward next year’s spectacle.”

A few regular Springbok Women’s players were ruled out of contention due to injuries, including Babalwa Latsha (prop), Aseza Hele (No 8), Karthy Dludla (flank) and Chuma Qawe (fullback). However, Raubenheimer was excited to give a few young aspiring players an opportunity to experience being in the national set-up.

“Unfortunately, a few players suffered injuries during the season which ruled them out of the squad and then of course there were others who were unlucky not to be selected,” he said.

“But a few new players will receive an opportunity and we are excited to see what they can offer the national team.”

SA Rugby High Performance Manager for Women’s Rugby, Lynne Cantwell, said the objective of the camp would be to continue laying the foundations for the World Cup. They also planned a few hit-outs to build on the strides made between their first camp and the conclusion of the provincial competitions, with the rescheduled First Division final taking place on Saturday.

“This is the first time the national training squad will be together after several weeks of provincial rugby, and we are delighted that some emerging talent has been identified,” said Cantwell.

“This camp is important to assess where the players are from a medical and physical point of view, and on the pitch, we’ll be focusing on some new systems and using the time to focus formally on the Rugby World Cup.”

Libbie Janse van Rensburg has been rewarded for her great form in the Women's Premier Division.

Cantwell said match simulation would play an equally important role as they continue to build to the international extravaganza next year and said: “We would like to play matches during this camp, and if we do not face an opposition team, we will have two or three internal games perhaps against boys’ teams from the Western Cape.

“The players will then return to their provinces and the intention later on is to travel to the UK in November. We haven’t confirmed a schedule yet, but we’re hoping to play some internationals to try to get an understanding of the level at which the team is as we look ahead to the World Cup,” she added.