Boks will be ready for opening Test against Lions

Springbok flyhalf Handré Pollard and assistant coach Mzwandile Stick said the team would be ready for the opening Test of the Castle Lager Lions Series against the British &Irish Lions at Cape Town Stadium on Saturday as the historic tour reaches the business end.

To Springbok coach Jacques Nienaber’s delight, he had his full complement of players back in camp on Monday.

Siya Kolisi (flank), Ox Nché (prop) and Makazole Mapimpi (wing) joined the squad in Cape Town following their mandatory COVID-19 self-isolation. The players, however, will have to undergo medical screening before being cleared to begin their return to play protocols.

The Springboks kicked off their preparations for the match on Monday with morning video sessions followed by an afternoon field session, and with a bunch of experienced players back in the mix and the team focused on the task at hand, Pollard had no doubt they were up for the challenge.

“We are playing against the British & Irish Lions and we are representing our country, so we will be ready,” said Pollard, who did not show any COVID-19 symptoms, adding that he was ready to get back on the field and give his all.

“Personally, I’m feeling good. I was lucky not to have symptoms, so it was about getting through the 10 days.

“Walking into the team room (in the last few days), the vibe is good and there is some tension, so the preparation and the talking is done, it’s time to get into the matches,” added the Rugby World Cup winning flyhalf.

Commenting on the opposition, Pollard said: “The British & Irish Lions have good players all over the park. We analysed them as well as we could and we know how good they are, and what’s to come. It will be about winning those personal battles for 80 minutes.” 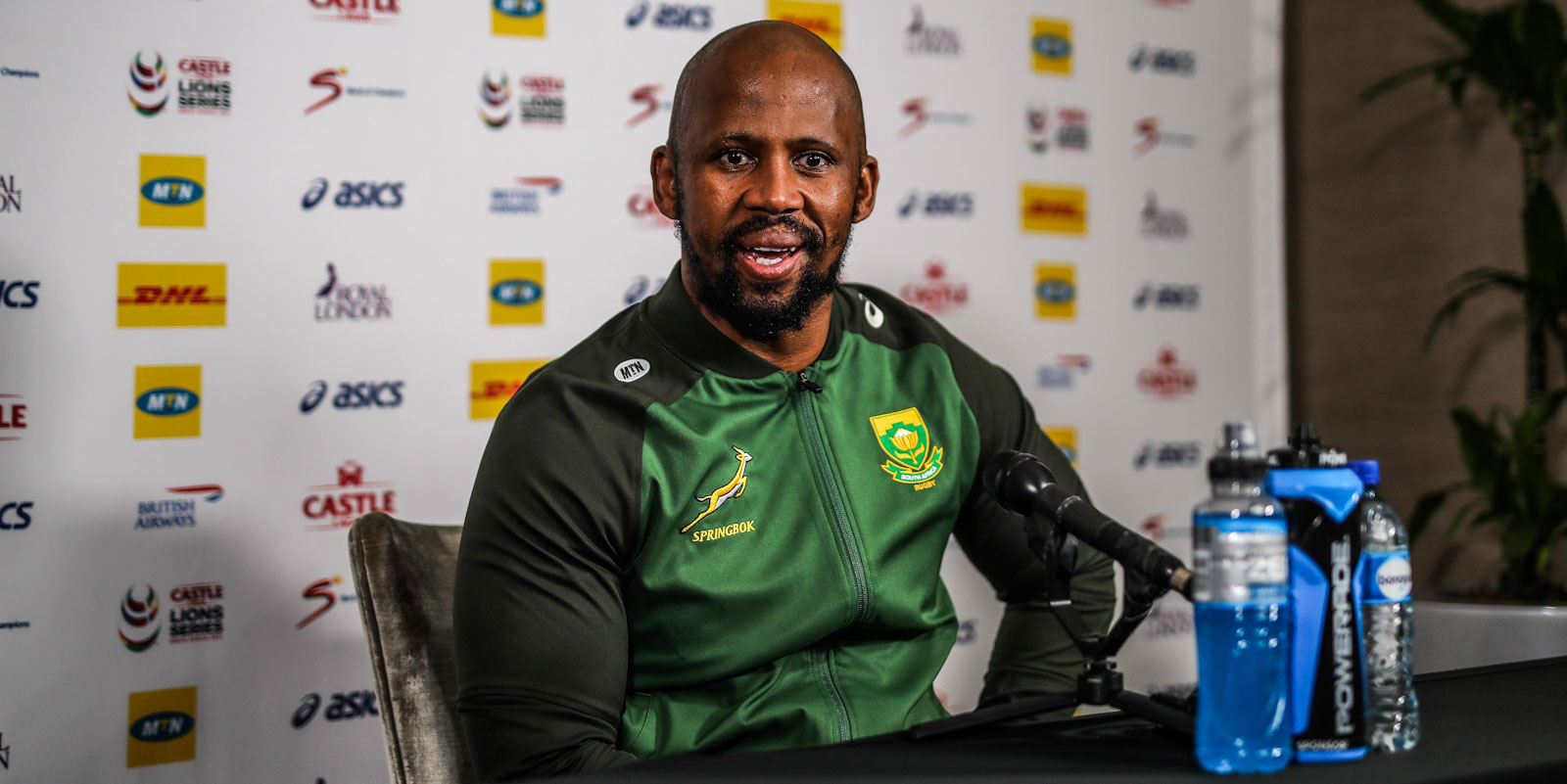 Stick was delighted to have a bunch of experienced players back in contention for selection for the opening Test and said: “We have the entire group back in camp. The last players arrived today (Monday), and being a Test week, things will go back to 100 percent.

“It probably worked out for us because we have a full squad for this week.

“We now have to focus on what we do best, and we have a few experienced guys back like Handré, Siya and Eben (Etzebeth), and the vibe is positive and energy levels up, so we are looking forward to the match.”

Stick was well prepared for the week ahead and said the team knew what they wanted to achieve on and off the pitch in the build-up to Saturday’s Test.

“This is a massive week for both teams because we both want a good start (to the Series),” said Stick.

“They will do what they need to do, and we’ll focus on the main aspects for us and how we want to play on Saturday.

“We have done a lot of great work and analysis to understand their strengths and weaknesses, so we have a good idea of what is coming our way, and we have to be at our best to win the first game.

“Most players get to face the British & Irish Lions once in their career with the tour occurring every 12 years, so the guys are excited and so are we as coaches, and we are all looking forward to it.”

Stick was not concerned about the fitness levels of some of the players following their recovery from COVID-19 and said: “We had a tough three-week conditioning camp in Bloemfontein before travelling to Johannesburg and Cape Town.

“And over and above that I don’t think one gets unfit within in a week, so we need to focus on the positive things this week.”

Nienaber will announce his team to face the British & Irish Lions on Wednesday.

The British & Irish Lions completed their programme of provincial matches with a fourth straight victory, although the DHL Stormers arguably made them work harder than any of their previous provincial outings for a 49-3 victory (halftime 21-3) at the Cape Town Stadium on Wednesday evening.

Good and bad for Nienaber from SA ‘A’ defeat

Springbok coach Jacques Nienaber expressed his disappointment in the 17-14 defeat South Africa ‘A’ suffered to the Vodacom Bulls at Cape Town Stadium on Saturday and said the result did matter in the bigger scheme of things.