In anticipation of the Lelos' tour to South Africa in July, with two Tests scheduled, we take a look back at that game in Sydney, on 24 October 2003, which the Boks won by 46-19 (HT 24-6), with a number of notable milestones and firsts recorded.

It was the first time John Smit was named to lead the Springboks - he went on to captain his country 83 times in total, and was at the helm four years later when South Africa won the Rugby World Cup for the second time, in Paris, as well as in 2009 with the series victory over the British & Irish Lions in SA.

A certain young flanker - then still sans the blonde locks that became his trademark later - made a try-scoring Test debut on that day. It was the first time Schalk Burger played for the Springboks, and he ended his career in 2015, at his fourth RWC, with 86 Test caps. "Schalla" also scored the first of his 16 Test tries against Georgia - the most scored by a Bok forward.

And featuring in only their second Test for the Boks that day were two other heroes of the 2007 RWC campaign, Jaque Fourie, who also scored a try, and Danie Rossouw, who crossed the whitewash twice against the Lelos.

The other try scorers against the Georgians were Bakkies Botha, Joe van Niekerk and Derick Hougaard, who also added four conversions and a penalty goal.

* - unused replacements | All the pictures are from Gallo Images. 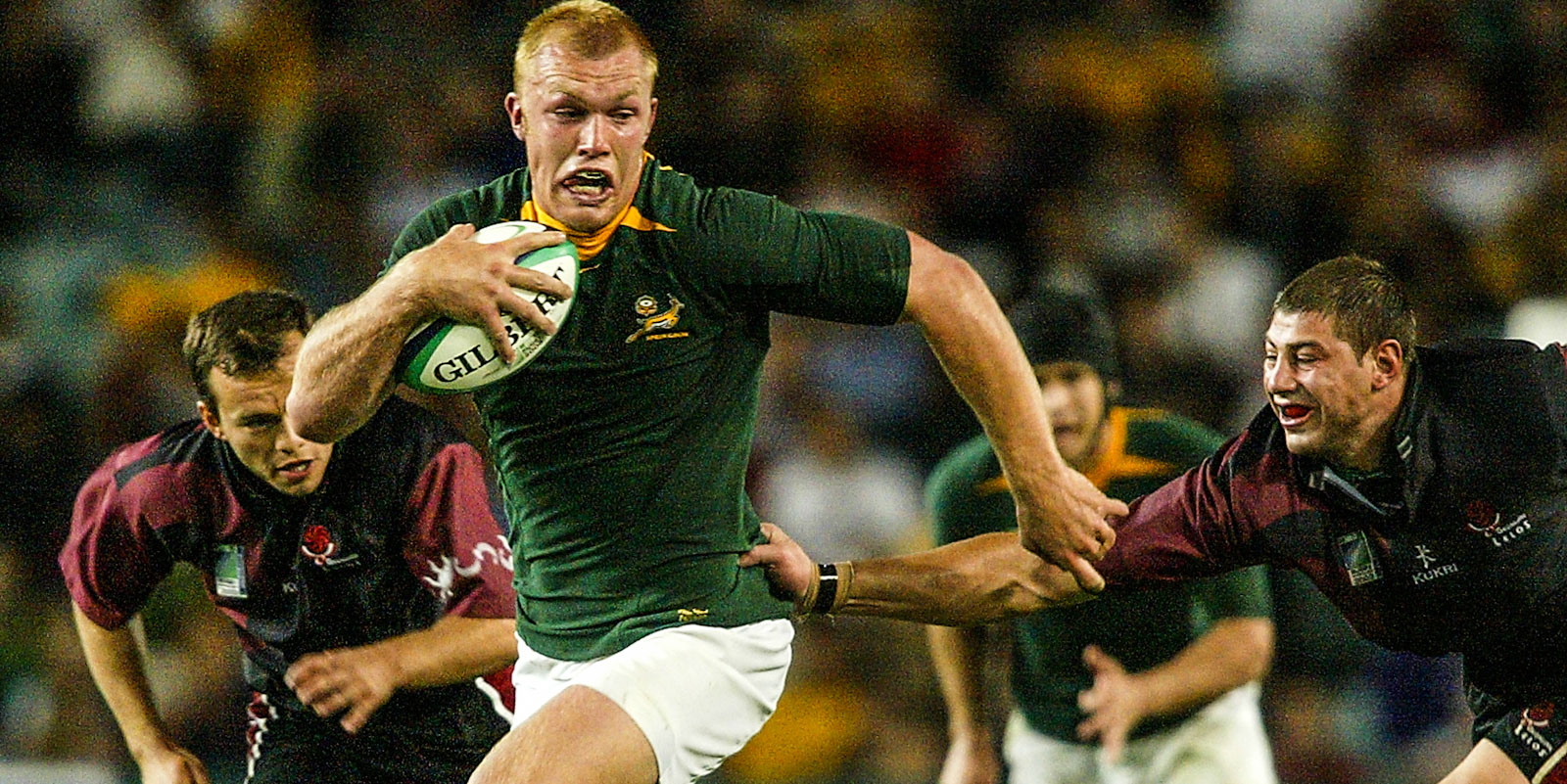 Schalk Burger on the rampage in his debut Test.

Danie Rossouw scored two tries for the Boks against Georgia. 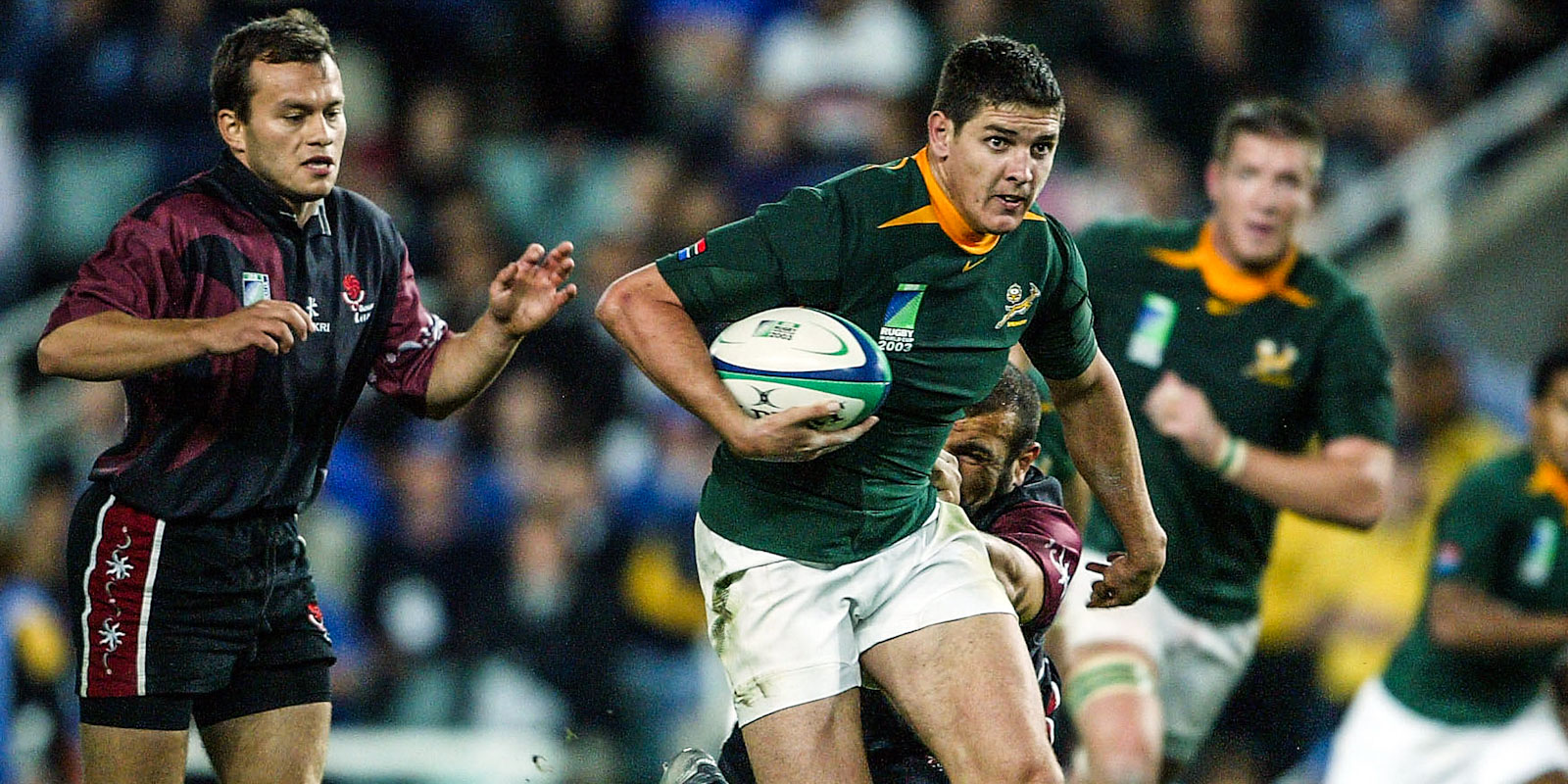 Jaque Fourie played in only his second Test for South Africa. 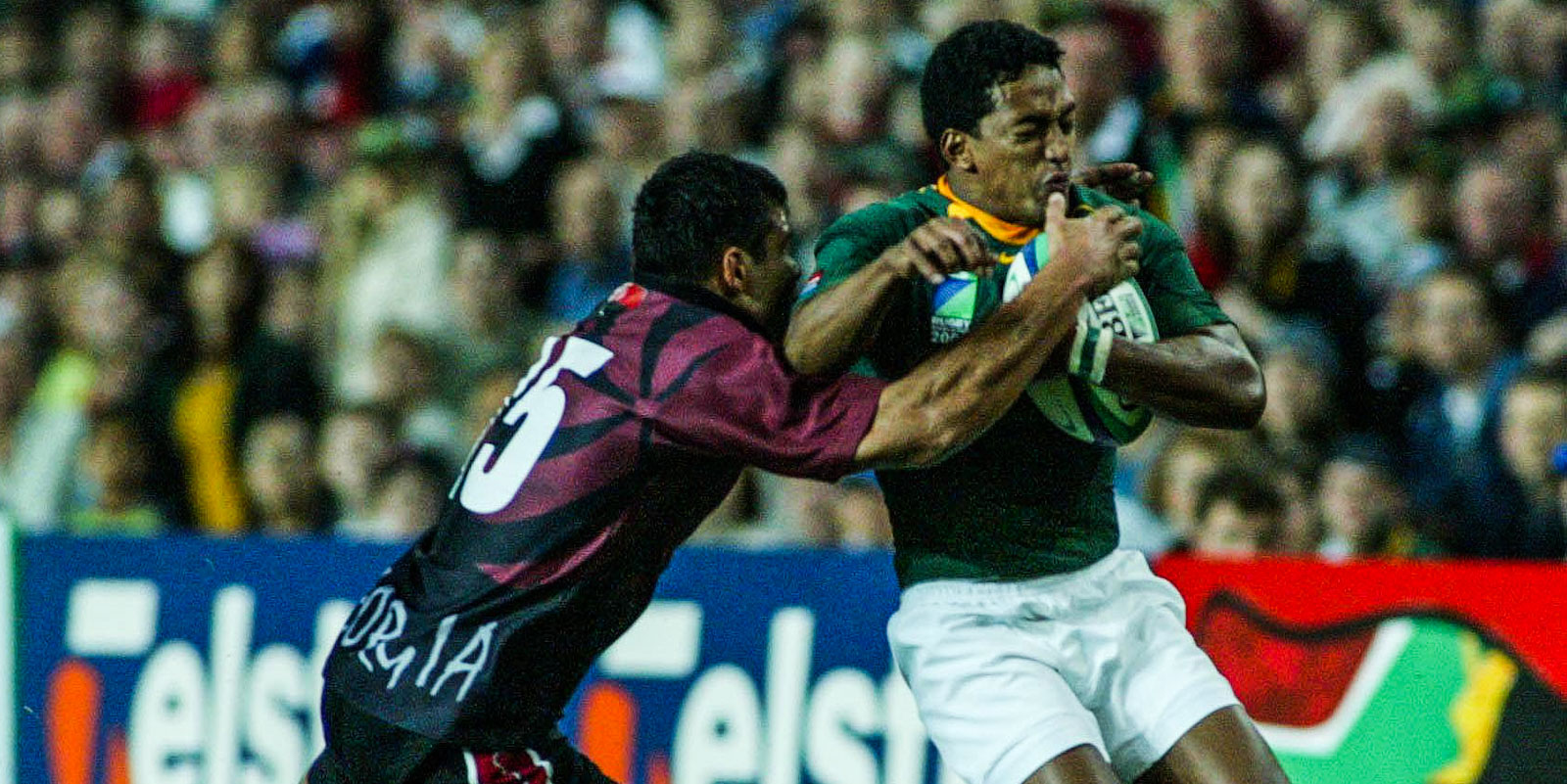 Playing in his 40th Test, Breyton Paulse was the most experienced member of the starting team. 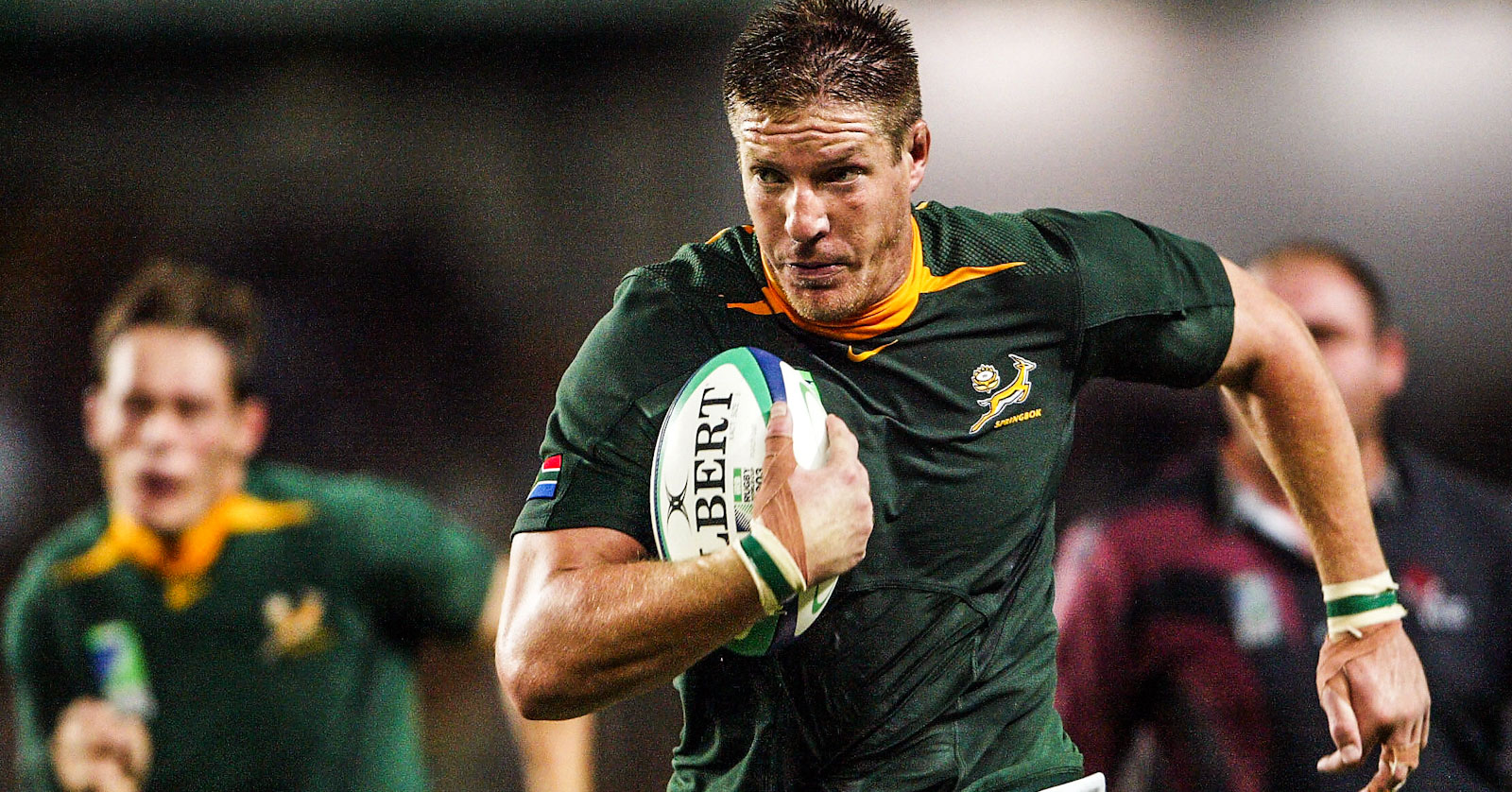 Hendro Scholtz, with Lawrence Sephaka in support, makes some metres. 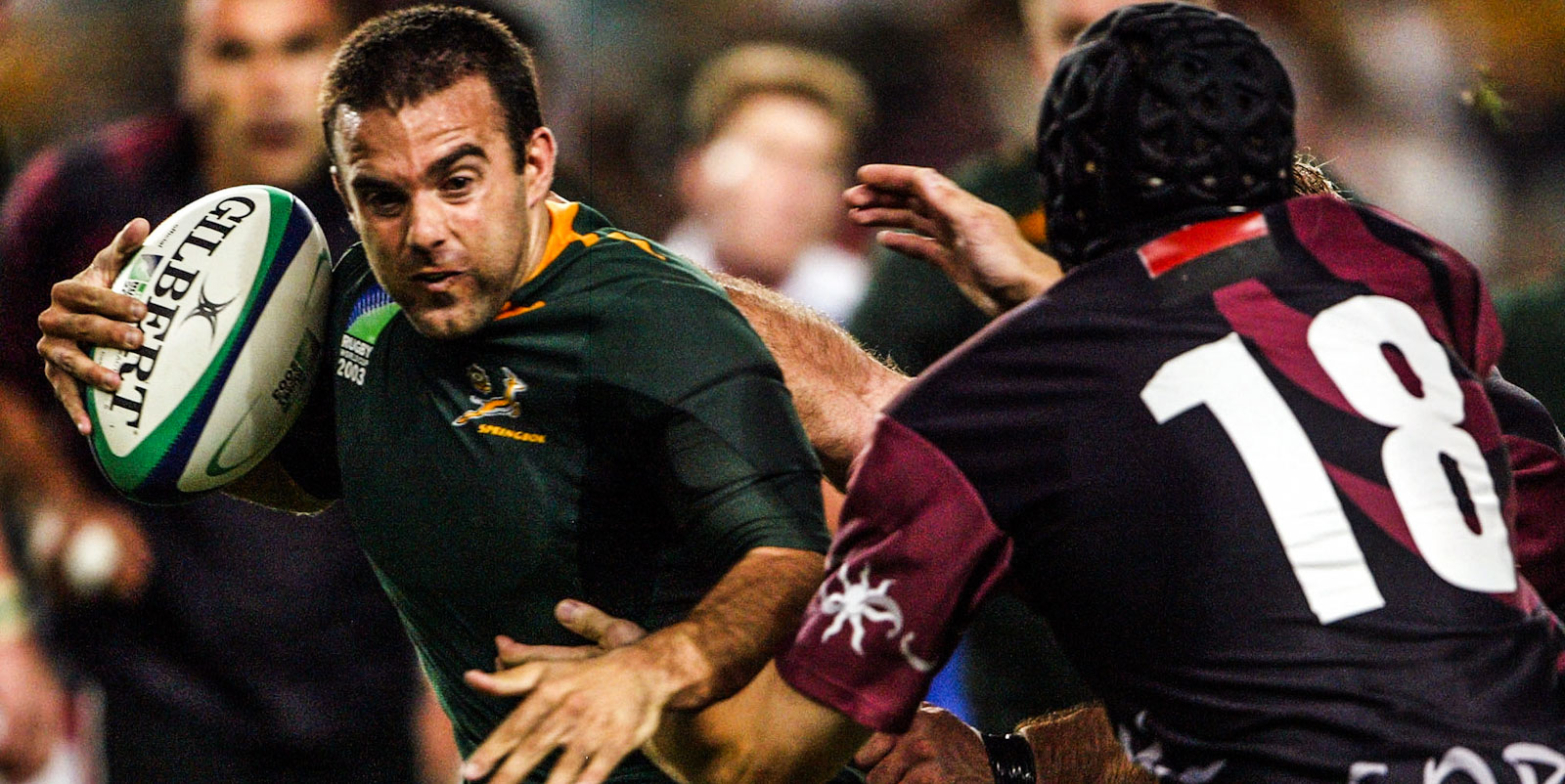 Neil de Kock is stopped by the Lelos' defence. 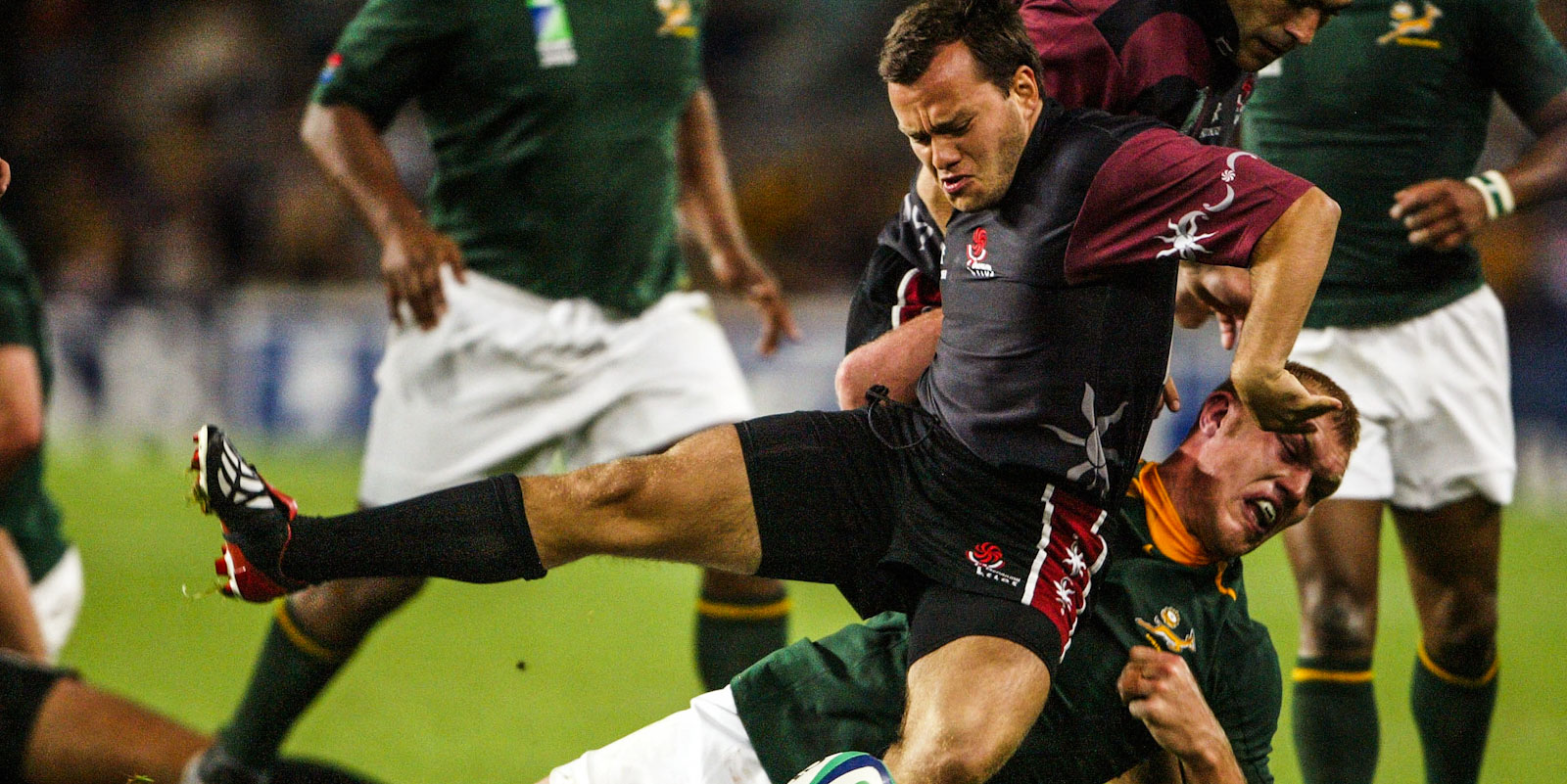 Schalk Burger brings one of the Georgians down. The scrum battle against the Georgians was very tough. 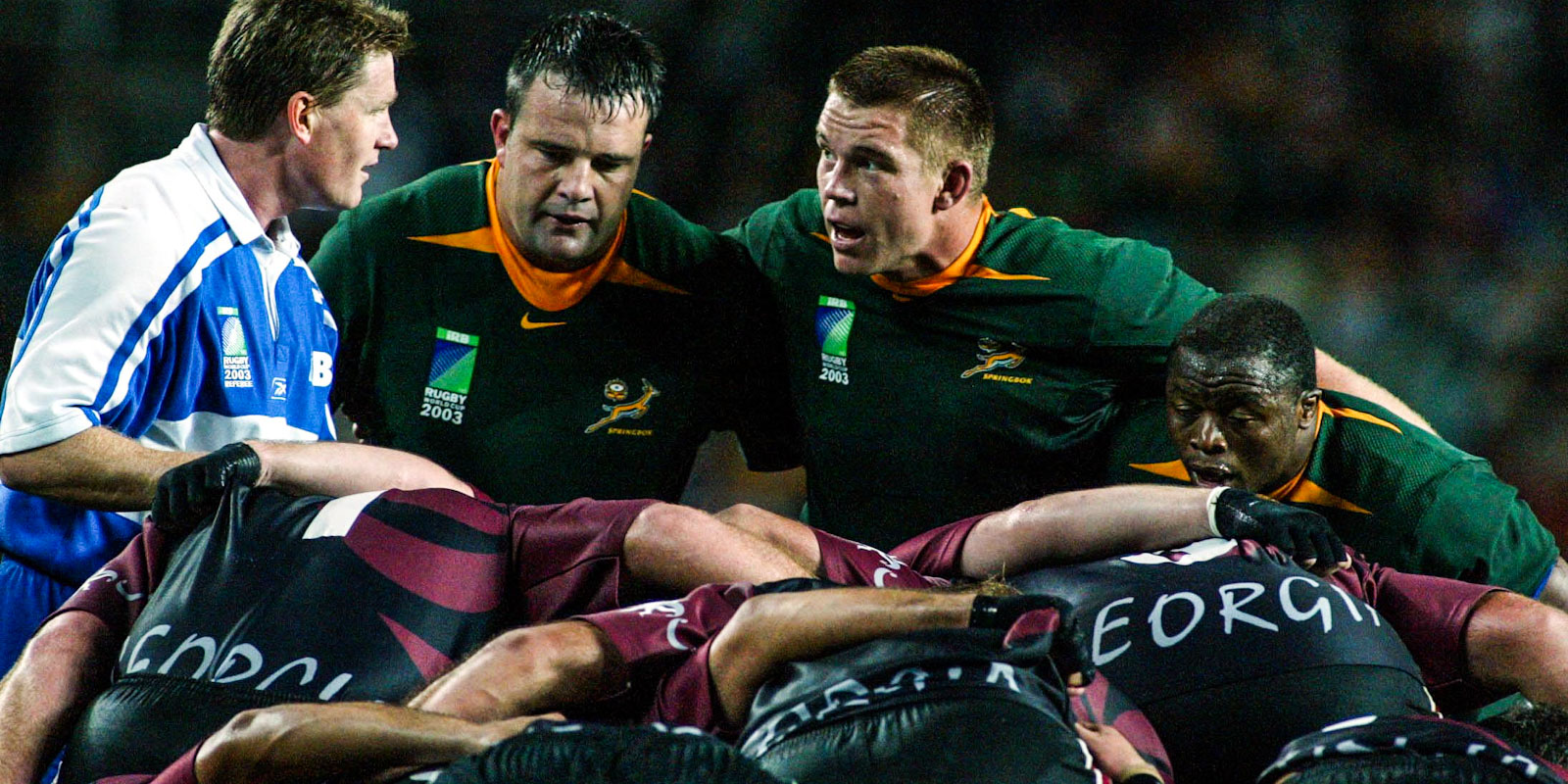 The Bok front row of Faan Rautenbach, John Smit and Lawrence Sephaka ready to pack down.