The Cell C Sharks defeated the Vodacom Bulls 45-12 in their final 2021 Kick-off Pools match played at a soaking wet Jonsson Kings Park in Durban on Friday evening, where they outmuscled and outscored the visitors by seven tries to two.

A dominant first half display saw the Cell C Sharks in rampant mood as they crossed the visitors' try-line four times plus earning a penalty try for a comprehensive 31-5 halftime lead.

Jake White’s team delivered a much better performance after the break, but after preventing the home team from scoring for much of the second half, their resistance and discipline caved in during the last 10 minutes during which they conceded two tries while also earning two yellow cards in the process.

The home pack of forwards, anchored by their lively front row of Springbok propr Ox Nche and Thomas du Toit, with Fez Mbatha (hooker), dominated the collisions and the set pieces, creating a great attacking platform for their backs.

Despite the slippery conditions and pools of water everywhere on the pitch, the backs and forwards displayed slick handling skills which resulted in some beautifully crafted tries. 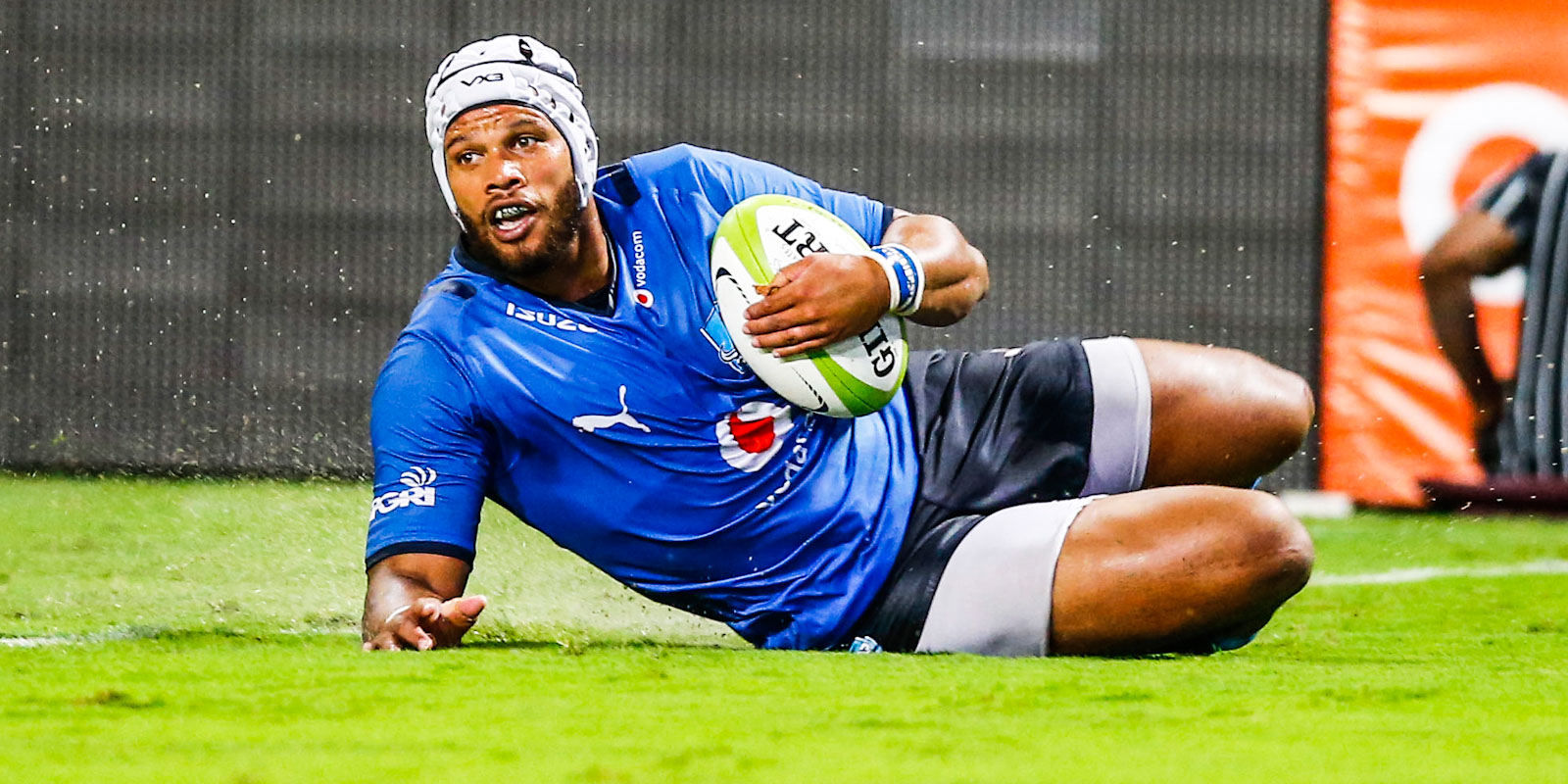 Nizaam Carr goes over for one of the Vodacom Bulls' two tries.

The four tries scored by the home side in the opening stanza is a very good indication of just how good the Durbanites bossed the proceedings, while the pressure they applied on the visiting pack early also led to a penalty try being awarded.

Schalk Erasmus, the Vodacom Bulls' hooker, was yellow carded as a result for collapsing a try-bound driving maul.

Despite playing with just 14 men, the men from Pretoria managed to score their only try of the first half when skipper Nizaam Carr (No 8) was on hand to take a final pass following a quick counter-attack.

The visitors managed to keep the home side in check at the beginning of the second half and they took their scoring chance when centre Dawid Kellerman broke free from a couple of tackles to outpace the defence for their second try of the evening, converted by the experienced flyhalf Morne Steyn converted (31-12).

Replacement back Rynhardt Jonker wiggled his way through a couple of big forwards towards the end, and he was followed over the whitewash barely a minute later by replacement scrumhalf Nohala Nohamba.

The visitors’ effort were also not helped by their panache for yellow cards, which saw Jan Uys (lock) and Carr sent to the cooler for cynical transgressions.

Radebe back to lead Eastern Province in Bloem

Inny Radebe is back at flyhalf and will lead Eastern Province in their final 2021 Kick-Off Pools match, against the Toyota Cheetahs in Bloemfontein on Sunday afternoon.

Kolisi to debut for Cell C Sharks on Friday

Springbok captain Siya Kolisi will make his Cell C Sharks debut after being included in the Durbanites' starting team for their final 2021 Kick-Off Pools match, against the Vodacom Bulls on Friday evening.

Lions coach Ivan van Rooyen named a new-look team to face the DHL Stormers in Cape Town on Saturday in their final 2021 Kick-Off Pools clash, as he continues to experiment with player combinations.

Tafel Lager Griquas received a boost ahead of their final 2021 Kick-Off Pools match with the New Nation Pumas when Tinus de Beer (flyhalf) was declared fit to face the Lowvelders in Kimberley on Saturday.

Jantjies earns a brace as DHL Stormers outclass the Lions

Springbok scrumhalf Herschel Jantjies scored a brace as the DHL Stormers outclassed the Lions 44-12 with a five-try romp in their final 2021 Kick-Off Pools clash at the Cape Town Stadium on Saturday.