DHL Western Province moved up to second place on the Carling Currie Cup standings following their 34-17 bonus-point win over the Tafel Lager Griquas on Boxing Day afternoon in Cape Town. The home side went into the halftime break with a 17-7 advantage.

Province dominated for lengthy periods of the first half, scoring two converted tries and a penalty goal while Tafel Lager Griquas finished the opening stanza strongly to clinch a converted try in the process.

Three more tries in the second half secured a well-deserved win for the Cape Town outfit, who leapfrogged from fourth on the log to second spot behind the Vodacom Bulls.

The Cell C Sharks, who are away to the Toyota Cheetahs on Sunday, can however reclaim second spot should they manage to win in Bloemfontein.

Steven Kitshoff stepped into the captaincy role after regular DHL WP skipper Siya Kolisi was withdrawn from the team due to Covid-19 protocols.

Jaco Coetzee moved up from the bench to fill the No 6 role while Ernst van Rhyn came into the match squad as loose forward cover.

Province, boasting an all RWC-winning Springbok front row, flexed their muscles early when hooker Bongi Mbonambi powered his way over from a driving maul. Flyhalf Tim Swiel added the extras with his first successful conversion kick (7-0).

Swiel added another three points just minutes later when he slotted his first penalty goal of the afternoon (10-0).

With the home side camping in the visitors' territory and enjoying most of the possession, it came as no surprise when outside centre Dan du Plessis was sent through the gap to race clear for their second converted try (17-0).

Dan du Plessis on his way to the tryline

Zak Burger, the visiting captain, then initiated a move that led to their opening try scored by right wing Eduan Keyter. Flyhalf Tinus se Beer converted the easy kick to reduce the halftime deficit to 17-7.

De Beer struck first in the second half when he steered his penalty goal through the poles after the home side had conceded an early infringement. But the Cape side quickly grabbed the momentum away from the visitors to strike back with two quick tries.

The opposing pack conceded a scrum penalty and following another driving maul from the resulting lineout, it was Mbonambi who dived over for his second try of the day.

The burly hooker was soon followed over the whitewash by Coetzee who dotted down for the fourth Province try. 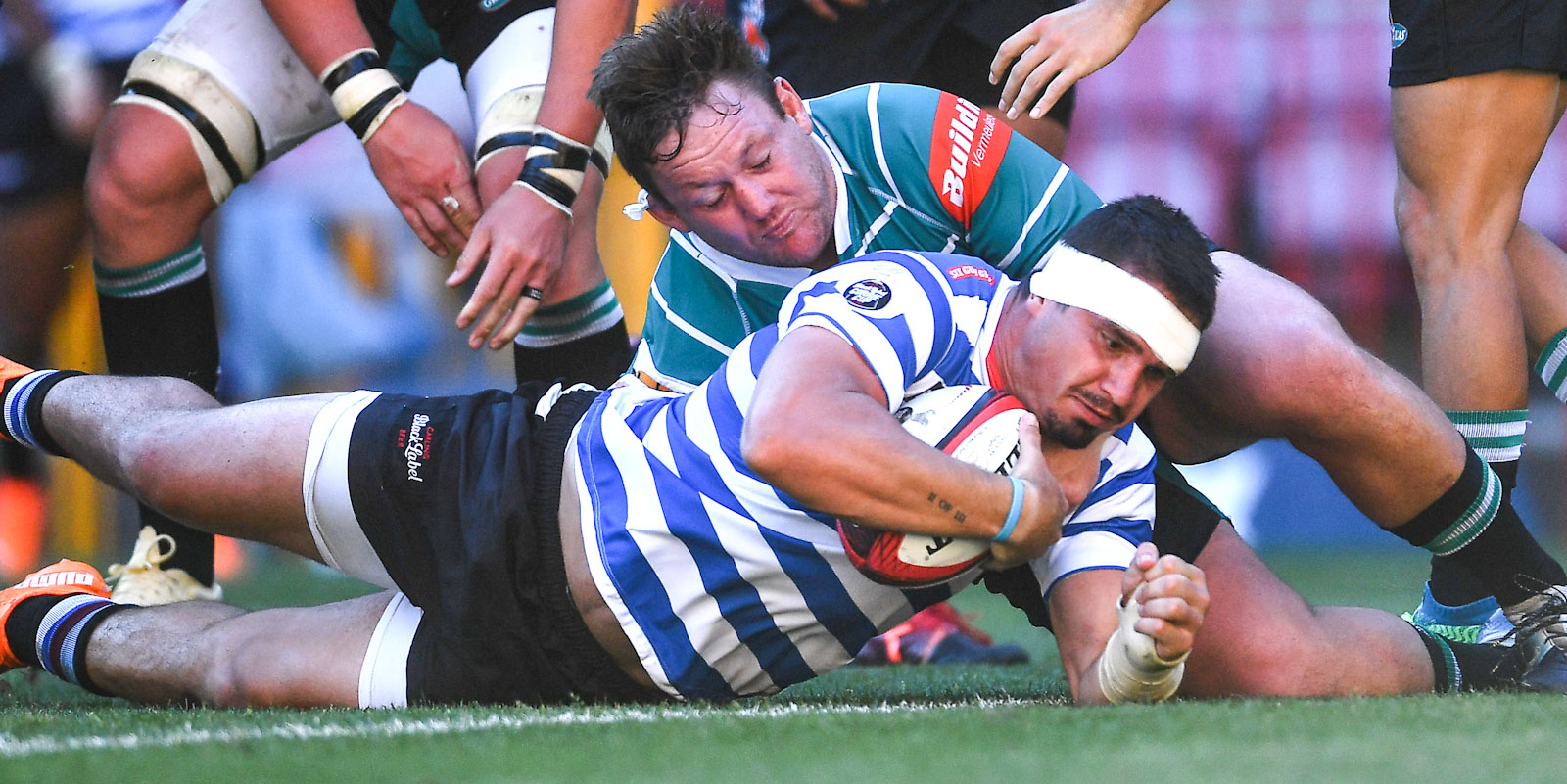 Mbonambi then left the field to make way for Chad Solomon, who duly celebrated his 50th Province appearance with a try off the back of another menacing maul to score their fifth try of the match. This stretched the home lead to 34-10 with less than 15 minutes of time left to play.

Replacement loose forward Siba Qoma scored a consolation try for the team from Kimberley, who continued to show good endeavour and appetite, but with scant reward.

The BA Communication graduate finished off some good driving from his hard-working pack to have the visitors leaving DHL Newlands with some fond memories.

Cell C Sharks head coach Sean Everitt said there is a new focus in the team as his charges turn their attention to the C...

With the Rugby World Cup kicking off in New Zealand in a little over eight months, the Springbok Women shifted to a high...

Playing at Loftus a big boost for Vodacom Bulls...

“Fortress Loftus” will await the Xerox Lions in the first Carling Currie Cup semi-final next Saturday, with Vodacom Bull...

SA Rugby President, Mr Mark Alexander, expressed his condolences on behalf of the entire rugby fraternity to the family ...

Coach Sean Everitt has made four changes to his starting Cell C Sharks team to face the Toyota Cheetahs in their Round Five clash of the Carling Currie Cup to be played in Bloemfontein on Sunday.

Festive season Carling Currie Cup rugby action continues over the weekend with the staging of two Round Five matches in Cape Town and Bloemfontein respectively.

DHL Western Province have been boosted by the return of a number of key players for their Carling Currie Cup encounter with Tafel Lager Griquas at DHL Newlands on Boxing Day.

Specman back on the wing for Toyota Cheetahs

The return of try-scoring winger, Rosko Specman, and the inclusion of Reinhardt Fortuin at flyhalf are two of the most significant changes to the Toyota Cheetahs side that will take on the Cell C Sharks in Round Five of the Carling Currie Cup on Sunday.

Tafel Lager Griquas flank Gideon van der Merwe has recovered from injury and was on Thursday named in a reshuffled starting fifteen for their Carling Currie Cup away match against DHL Western Province side in Cape Town on Saturday.

The Toyota Cheetahs boosted their Carling Currie Cup semi-final hopes with a well-earned 37-10 bonus-point victory over the Cell C Sharks in Bloemfontein on Sunday afternoon.

Coach Sean Everitt has made four changes to his starting Cell C Sharks team to face the Toyota Cheetahs in their Round Five clash of the Carling Currie Cup to be played in Bloemfontein on Sunday.