The home side scored five of those in a dazzling display of backline play in the first half at the Toyota Stadium to lead 41-3 and had the win sealed at the halfway stage of the encounter already. Credit to the visitors however, who managed four tries of their own in the second half.

It was the Malcolm Jaer and Frans Steyn show in Bloemfontein though. The winger scored twice in the opening 15 minutes and once again in the second half, while Steyn bossed the midfield with devastating runs and typical bruising defence.

Steyn, making his Cheetahs debut, looked like the international class act he is, while another national player, former Blitzbok star Rosko Specman, also found several holes in the Pumas’ defence. The Blitzbok speedster scored two tries himself and had too much pace and footwork for his opponents.

Malcolm Jaer goes over for one of his three tries

Jaer scored his first after two minutes with a beautiful insertion into the line by Clayton Blommetjies, who made some telling runs from fullback. Skipper Ruan Pienaar converted for his first of six conversions.

The Pumas got an early score through an Eddie Fouche (flyhalf) penalty goal for their only points of the first half. The Cheetahs attacked strongly from the restart and Pienaar slotted his first penalty goal when the visiting defence were trapped offside.

Jaer got his second after 11 minutes of play, this time in the right corner after some delightful interplay by his teammates. A number of passes and good phase play had the Pumas scampering and they could only watch as the winger dotted down untouched. 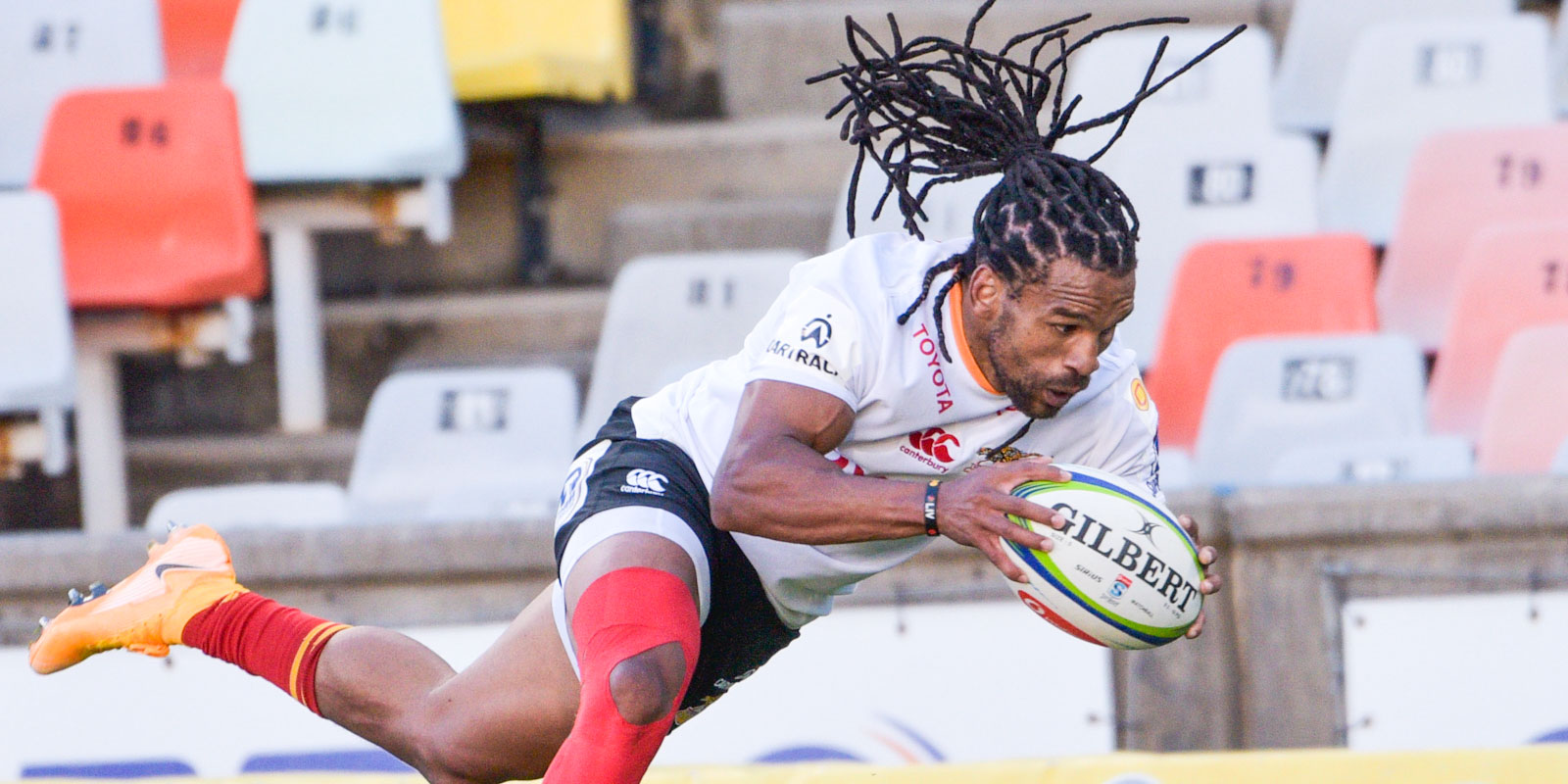 To make matters worse for the Phakisa Pumas, their captain, Ryan Nell, cried off with injury in the first quarter of play.

Junior Pokomela (flank) got the third for the home side after just 15 minutes. Again, some beautiful interplay was started with a burst by Specman and Pokomela raced down the touch line to score a delightful try under the posts. Pienaar converted for a 22-3 lead.

The visitors managed to stop the flow of tries and attacks for a while, but that lasted only ten minutes before Specman ran onto a delicate Steyn grubber after 30 minutes of play, while Specman scored again two minutes later.

A speculative Phakisa Pumas up and under was gathered by Blommetjies, who found Specman on a great angle, with the winger running in from 40 meters out. 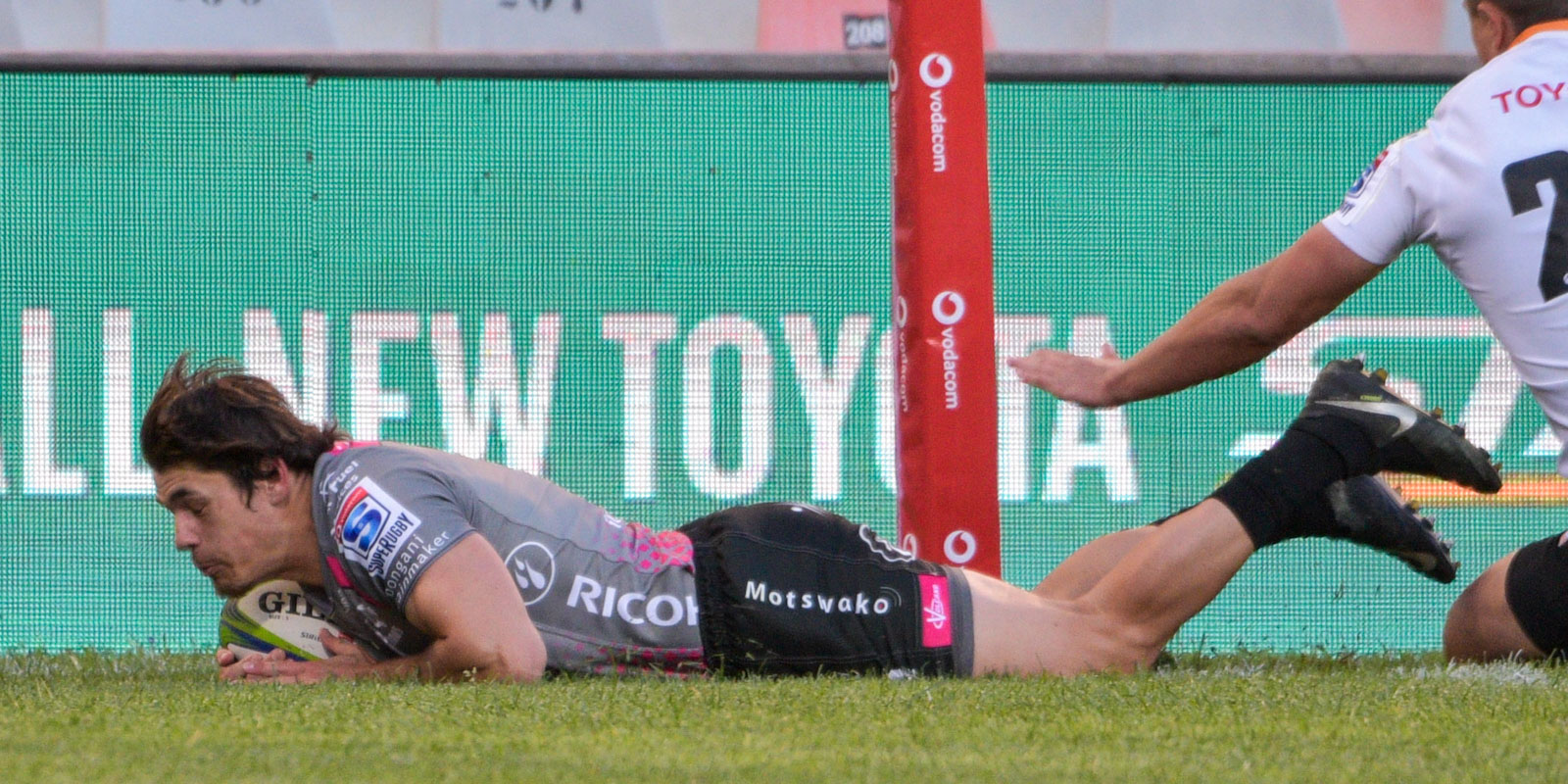 Ginter Smuts goes over for the Phakisa Pumas' first try

Specman once more breached the visiting defence lines with a great run in the final minute of first-half play, passing the ball to Pienaar although already over the line. The experienced scrumhalf scored the try and kicked the conversion to have the home side up 41-3 at the break.

The second half started where it finished for the home side when Specman’s replacement, William Small-Smith raced over for his side’s sixth try.

The Phakisa Pumas got their first one the board when scrumhalf Ginter Smuts grabbed a spilled pass from counterpart Pienaar to score in the corner.

Jaer scored his third of the afternoon following a good backline move to dive over in the corner after beating the cover defence. 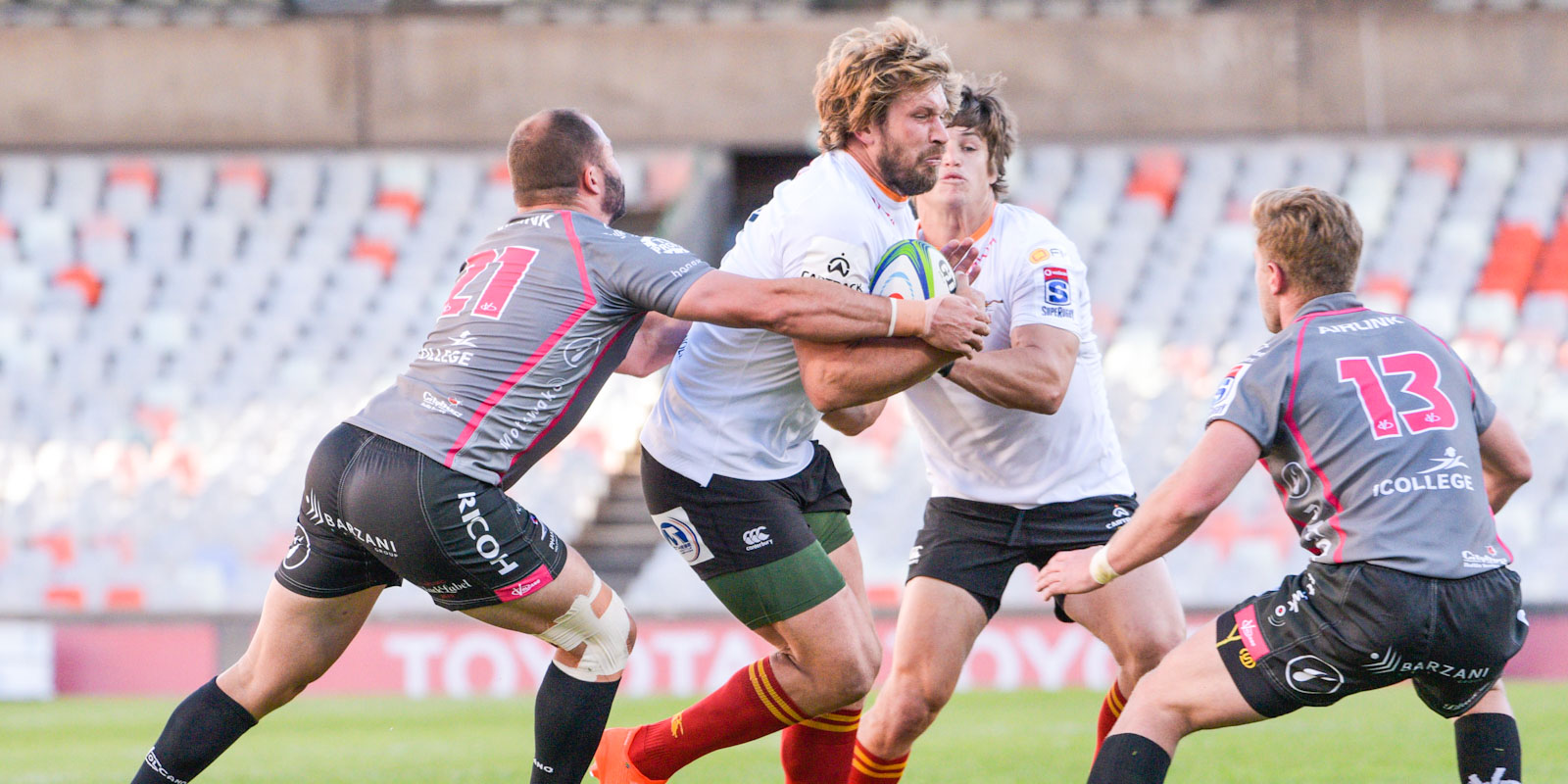 The Lowvelders got their second through a good line-out variation, with Daniel Maartens (flank) driven over from close range.

The Phakisa Pumas attacked well towards the end of the half and Le Roux Roets (lock) used his strength to bust over the line for his side's third try of the afternoon.

Phakisa Pumas wing Neil Maritz got their fourth on the buzzer after a good burst on the angle, with the three unanswered tries given the visitors something to build on for next week’s round-two action.

The BokSmart rugby safety programme broke new ground on Friday with the launch of the online version of the BokSmart 6 R...

Stellenbosch University (Maties) claimed an important 31-24 victory against the University of Pretoria's UP-Tuks side at...

Delight for Maritz as he finally hits the field...

The plan was a simple one for Neil Maritz: finish the 2020 season on a high with the New Nation Pumas before moving to S...