The two-time Rugby World Cup winner, who earned his 72nd Test cap during his man-of-the-match performance against Wales in Cardiff on Saturday, which the Boks won 23-18, said he planned to approach every match as though it was his last.

The calm-and-collected back slotted a trademark long-range penalty goal of 55m to add to a number of powerful bursts upfield and a solid defensive effort in the match to assist the Boks to a morale-boosting victory in their opening Castle Lager Outgoing Tour match.

“I think I realise now that any match could be my last Test and it is important to use every opportunity that I receive and to help the younger players build up their experience,” said Steyn.

“There were goals we had in terms of our pressure points, so we knew what we had to do. We also knew it would be tough and a hard grind of a match for 80 minutes, and it proved to be exactly that.”

Commenting on his 55m penalty goal in the third quarter, that allowed the Boks to close the gap on the scoreboard to three points shortly before the 60th minute, Steyn said: “It was difficult with the weather out there. It’s not something I focus on, if it happens it happens.

“The rain was bad and it was tough coming off the bench so early, but I’m happy it worked out.”

With two matches left on their tour - against Scotland in Edinburgh and England in London - Steyn said the Boks had a good base to build on after their victory against Wales.

“We can build on this,” said Steyn. “There are obviously still a lot of things that we can fix, and try to be better next week.”

Springbok hooker Bongi Mbonambi echoed Steyn’s sentiments that the match was as testing and physical as they expected and said: “We knew it would be a tough game especially upfront. Wales have a very good pack. 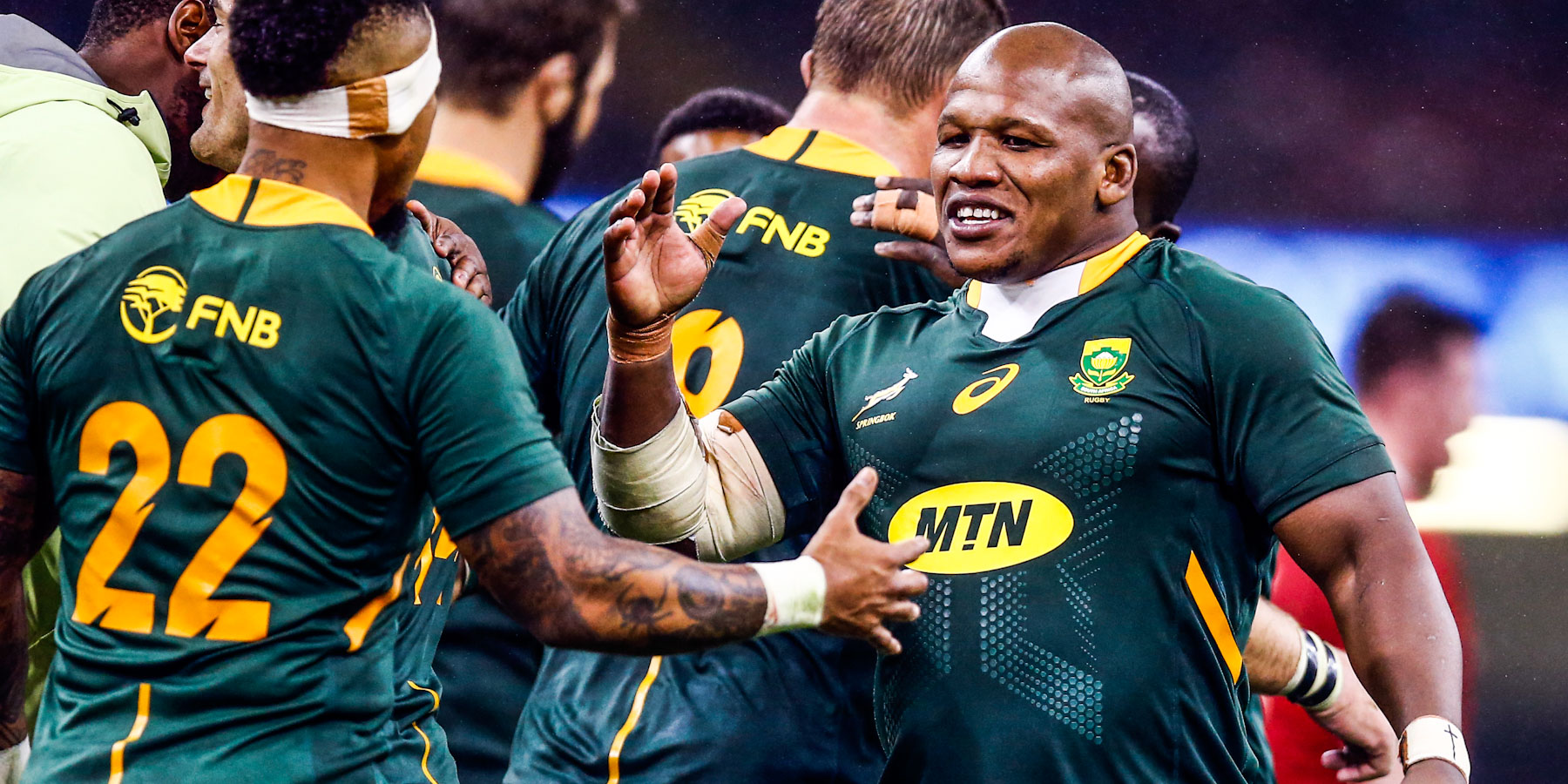 “We knew it would be challenging from the get go and that we had to put them under the pump.

“As the starting pack we knew we had to put them under pressure with our mauling and in the end it paid off.”

Mbonambi added: “It took us almost 80 minutes to break them down and get over the tryline, but we knew at a stage they would break down and not take that much pressure.

“The team handled it well too and the experienced players kept us cool and calm.”

The Springboks travelled to Edinburgh on Sunday to begin their preparations for their Test against Scotland, and the squad was back to its full complement as they were joined by wing Sbu Nkosi, whose passport and visa issues have been resolved.

The players had Sunday off to rest and recover from the Test against Wales and to settle in at their new base, and will return to the training field on Monday.

The lopsided score-line in the Test between France and the Springbok Women tells one story with regards to clinical finishing, but for the visiting team in Vannes, not the full story of the match.